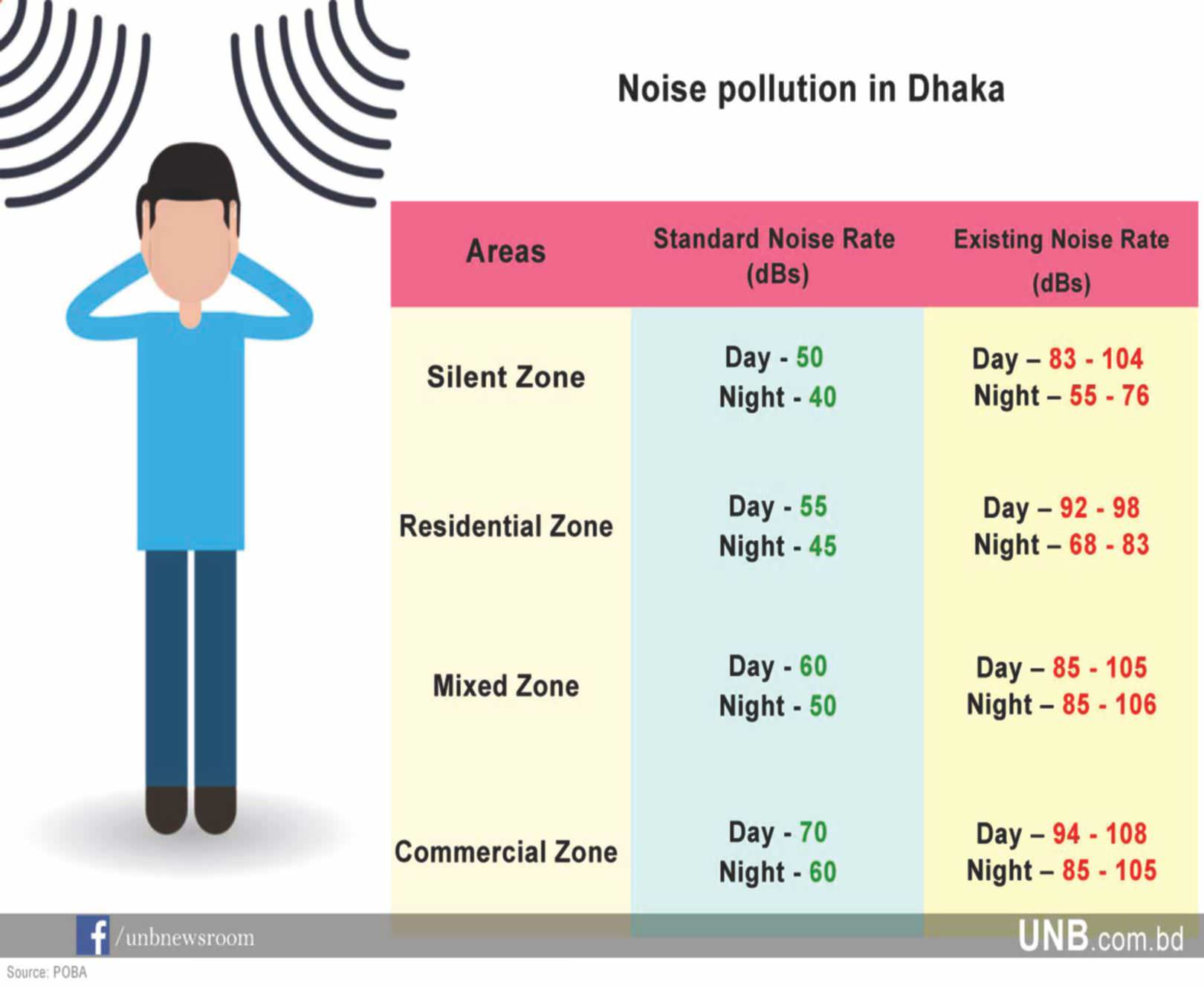 The extent of noise pollution is twice higher than the human tolerance level in Dhaka, seriously affecting public health

Referring to a 2017 study it carried out, green group Poribesh Bachao Andolon (POBA) said recently that the silent zone like educational institutions, hospitals and office area of the city are all abuzz with high degree of noise pollution. It found 83 to 104 decibels (dBs) of sound in Dhaka’s silent zones during day-time whereas the standard noise level should be within 50 dBs according to Bangladesh’s noise pollution guideline.

POBA report also showed that in residential zone the sound remains 92 – 98 dBs during day time and 68 – 83 dBs during the night, way above the standard 55 dBs and 45 dBs respectively.

The noise pollution is also very high at mixed and commercial zones too, said POBA.