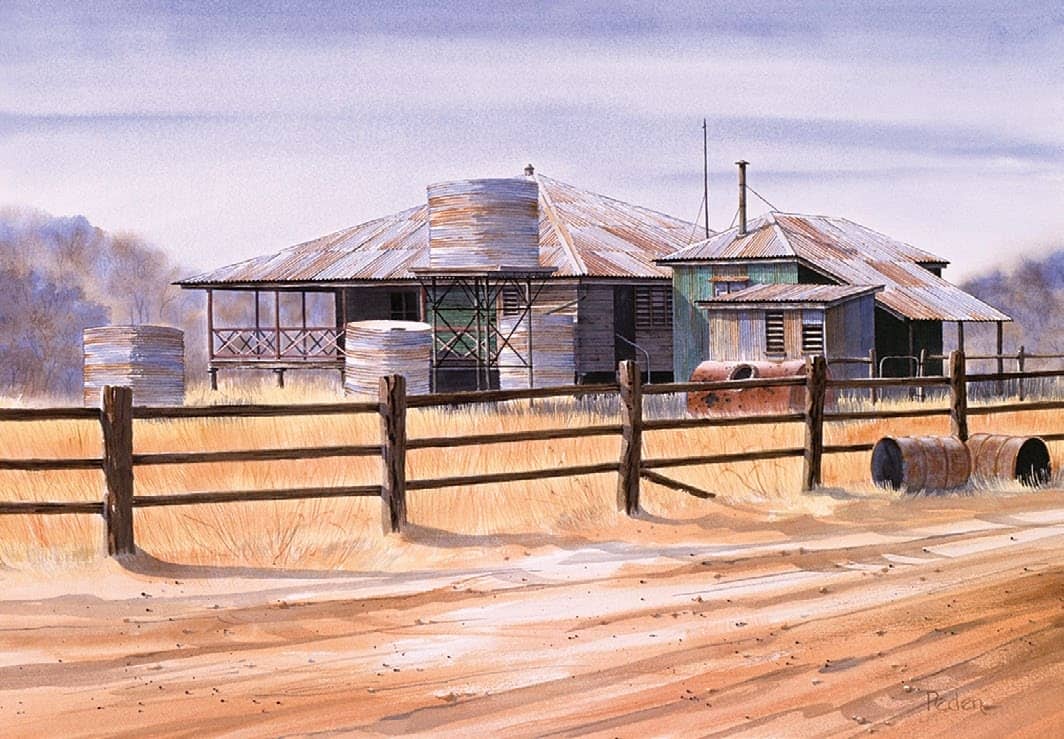 Born in Amsterdam in the Netherlands and raised in Cairns in Far North Queensland, Ludij Peden has seen her share of contrasts during her life’s journey.

When Ludij came to Australia with her family at the age of six, she first landed at Derby in Western Australia – a far cry from the city life of Amsterdam. Finally disembarking from the ship at Fremantle, the family flew to Cairns via Adelaide, Melbourne, Sydney and Brisbane. On the flight from Brisbane to Cairns, the plane stopped frequently at towns all the way up the coast. Ludij recalls that the further north they went, the smaller the airports became.

Initially painting in oils, Ludij Peden’s subject matter evolved from the rivers, creeks, canefields, mountains and coastline of tropical North Queensland to stockmen, water buffalo and escarpments when she and her husband moved to the Northern Territory.

Ludij is not really sure when her fascination with houses began, but losing their family home in Darwin’s infamous Cyclone Tracy probably emphasised the importance of housing as part of the Australian lifestyle. When she moved to Brisbane in 1975 she had already begun to paint the occasional house. Her first Brisbane exhibition, however, featured historic hotel buildings around Queensland and northern New South Wales – it was entitled ‘Pub Crawl’. 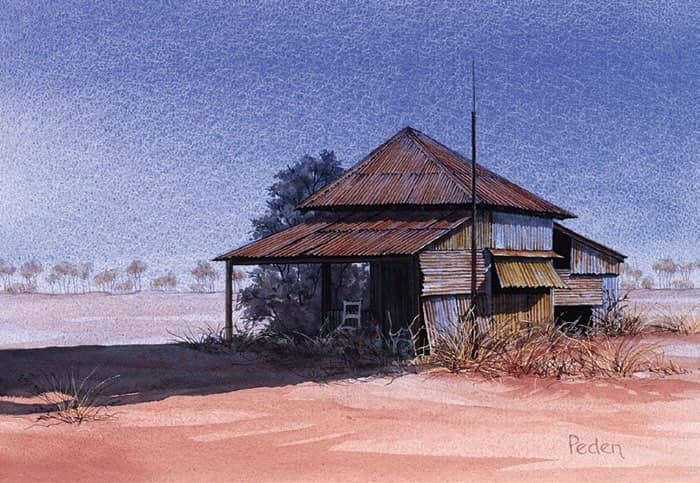 MORE STORIES FROM AUSTRALIAN HOW TO PAINTView All