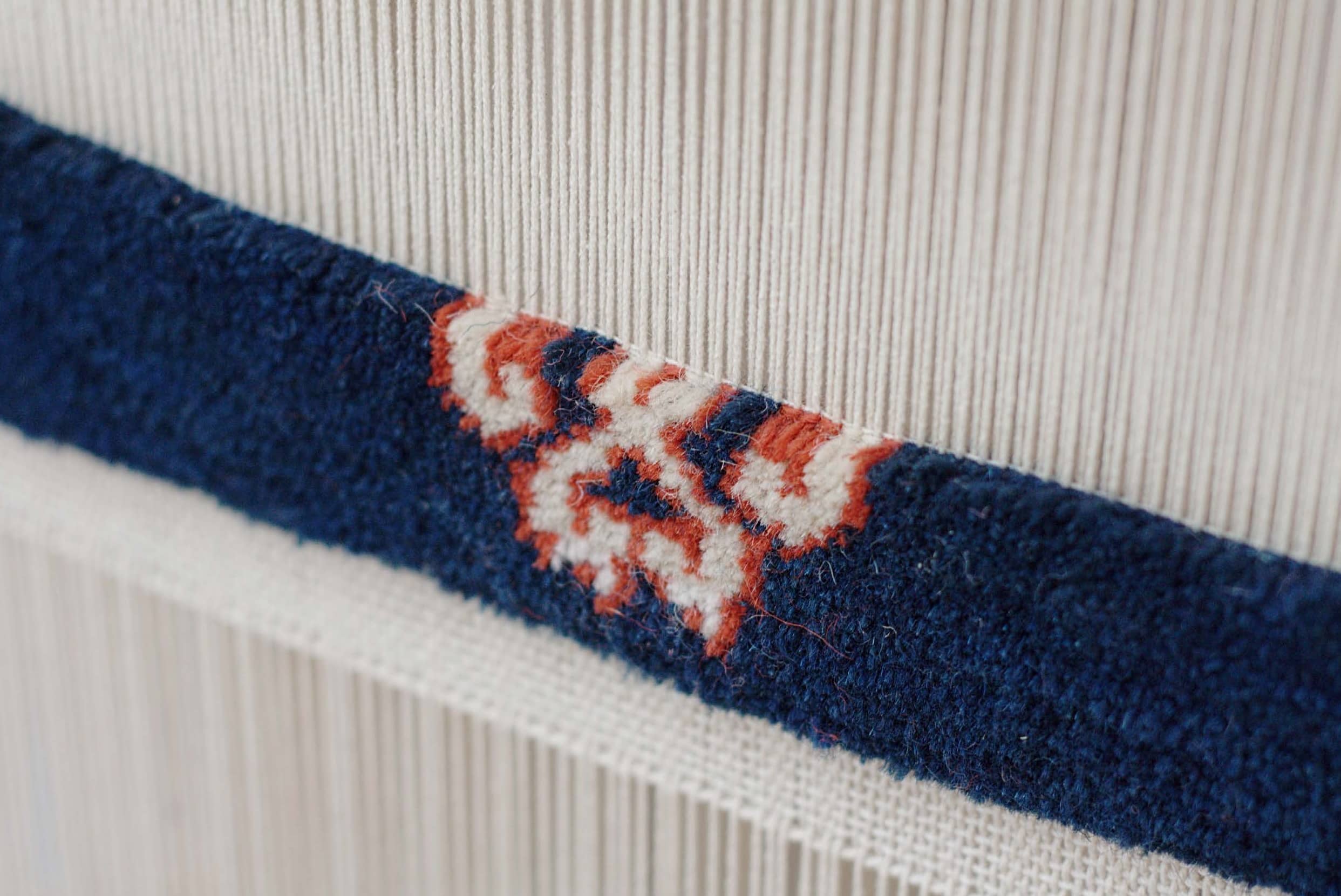 The Kashmiri carpet-weaving tradition, introduced to the region around 400 years ago by India’s Mughal rulers, is filled with multiple narrative threads, each bringing its own flavour to a story that continues to be made

Several years ago we inherited a Persian rug that looks like a painting. It depicts a vase from which a single, stylised bloom emerges, surrounded by birds of paradise and set within an arch. A lamp hangs from the top of the arch, and the carpet is bordered by a repeat design of birds and blooms. The colours are intense – a jewel-like palette of blues, pinks, reds, green, grey and brown. It was authenticated as coming from Isfahan, the city where the art of luxury carpet weaving reached its height during the 16th century, although our carpet certainly isn’t an antique. It was probably made 40 years ago, yet its design reaches back through the centuries to a time when the arts and crafts of Persia were spreading across the Islamic world.

Kashmiri rugs aren’t necessarily made in Kashmir. The word is used loosely to describe a range of fine carpets and rugs handwoven in different regions of northern India, including Lahore, Punjab and the cities of Agra and Fatehpur Sikri, as well as Kashmir’s carpetmaking hub in Srinagar. Nor is the craft of carpet weaving native to Kashmir. It was introduced to the region around 400 years ago by India’s Mughal rulers, adopting techniques and designs that were Persian.

The Emperor Akbar (r. 1556–1605) was an active patron of the arts, and the essential features of Mughal art were established during his reign: a love of the natural world, insistence on workmanship of the highest standard, and a fusion of Persian and Indian traditions. His legacy can be seen in his buildings – the walls of Agra Fort, the Palace of Jahangir, the Fatehpur Sikri complex – and in the illuminated manuscripts he commissioned on a prodigious scale, but he is also credited with establishing court workshops to create the luxury items – the furnishings, perfumes and clothes – that were a necessary part of royal life.