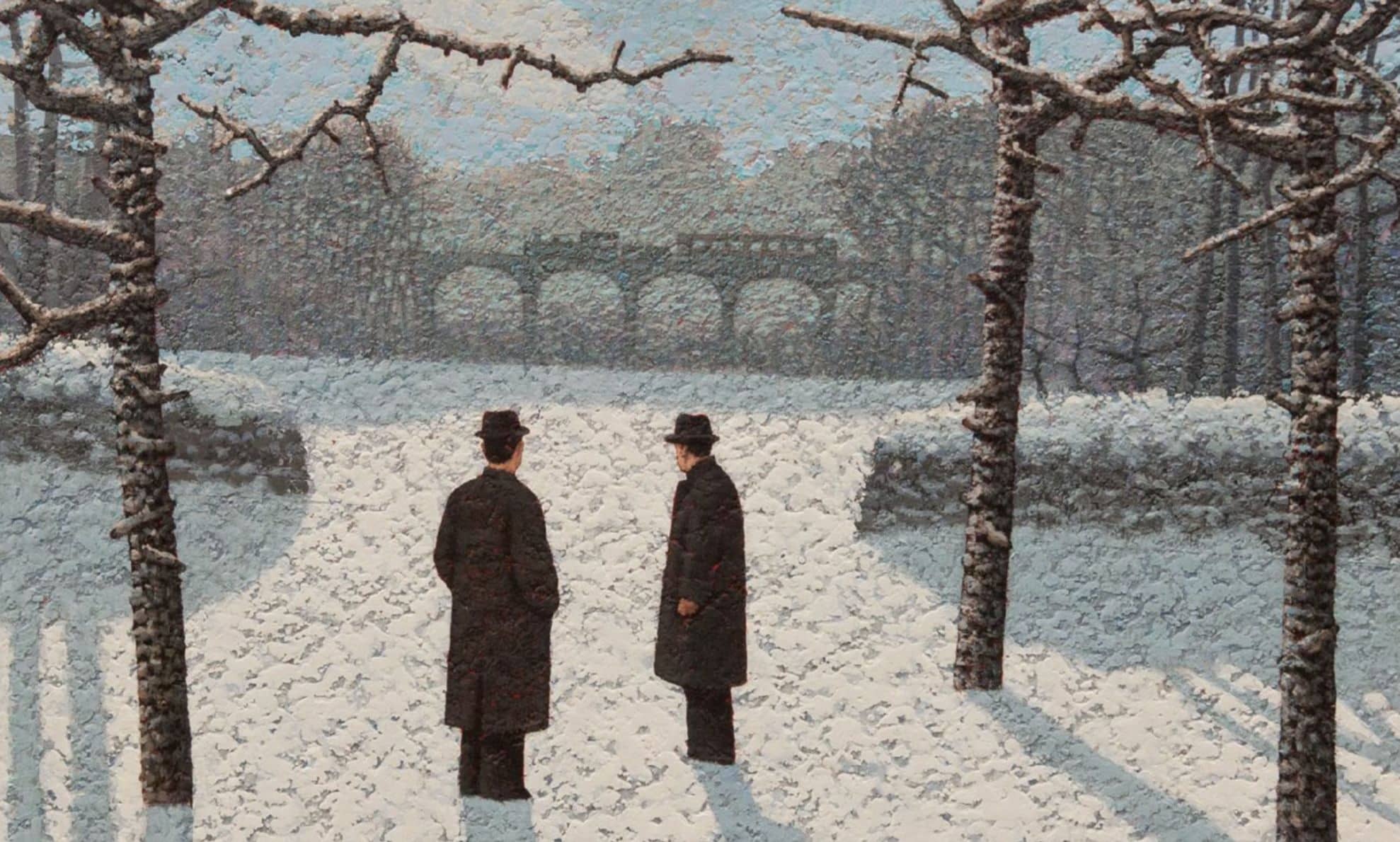 You’ve been painting the wintry forest of the White Wood for more than a decade. Why did you start painting it and how has it developed as a subject over the years?

I had spent years working on a series of deer stalking paintings in the Scottish Highlands, our home since 1974. Although this series was proving commercially successful, I felt it had run its course. It was while looking at an unfinished final painting in that series that I was inspired to paint what would become the White Wood.

Instead of the usual stalkers, ponies and deer among the mountains, I painted two figures in a wintry wood and a smattering of snow. It was unusual because one of the most noticeable features of the north-west Highlands is the lack of trees. This painting intrigued me. I used oil paint more thickly and loosely than previously, but it took a long time to dry so, for the next painting, I changed to acrylic, a medium I had been using for my illustrations for years.

What is it about a snowy winter setting that appeals?

I like the clean separation of the various elements of White Wood paintings; the trees, the men in bowler hats, a train, a red balloon and so on. It continues to develop, sometimes with the same cast of characters, for the most part, isolated and somehow disconnected. They inhabit a wood that not only defines and protects them but, at times, appears to threaten them.

I read that you lived in a shepherd’s hut. Did this give you a deep attachment to the changing seasons?