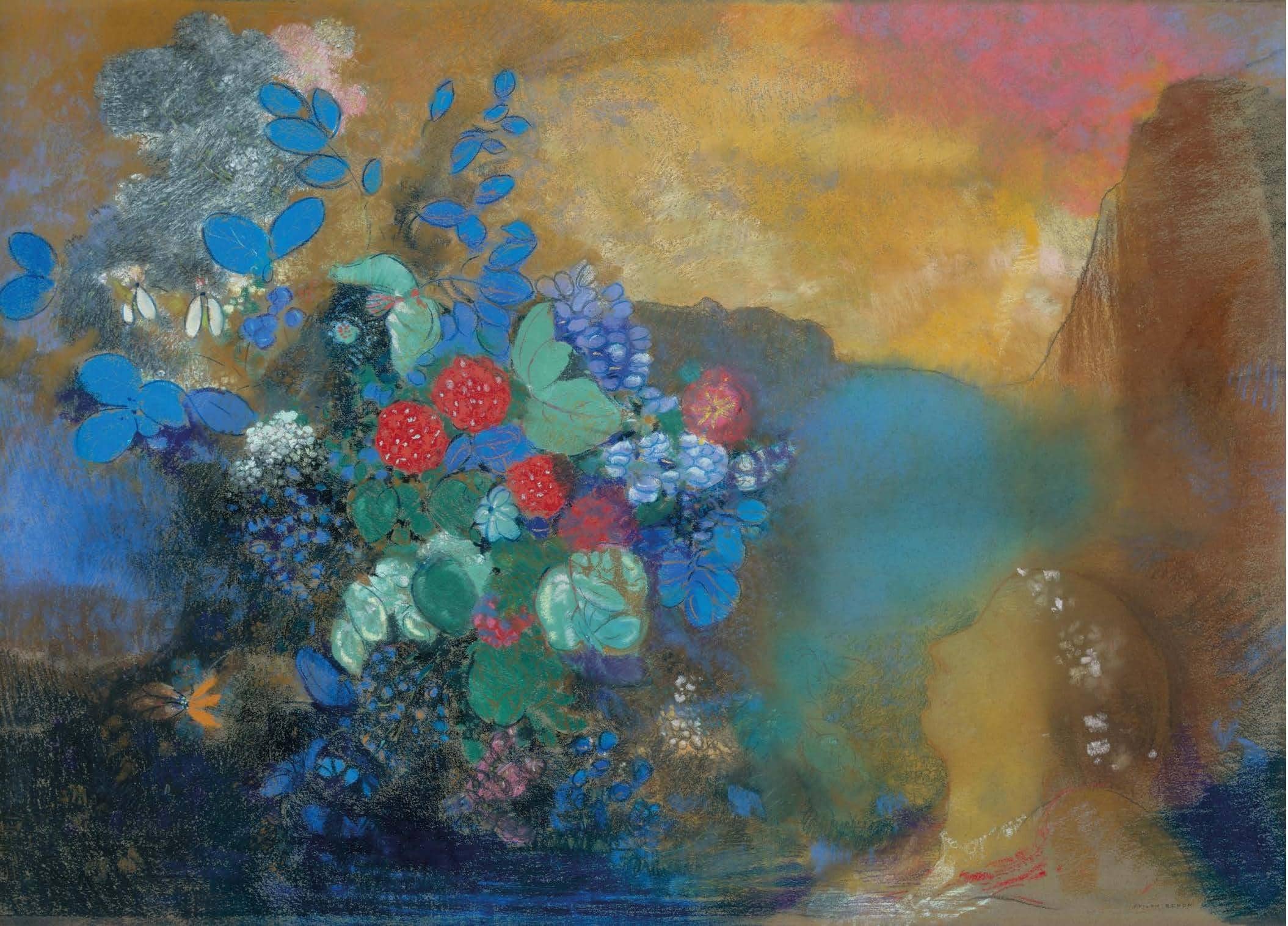 With lockdown encouraging an appreciation of gardens and nature, the work of the French symbolist painter has never been more relatable, says STEVE PILL

Odilon Redon was a man of many contradictions. He was a fine artist nourished by scientific discoveries, who made copies of nature as a way of embarking on abstract flights of fantasy. He built his reputation on macabre little monochrome drawings, yet his portfolio soon exploded into a world of fantastical colour, as vast canvases were filled with allusions to philosophy, literature and spirituality. He was schooled in the French ateliers, yet his art owed as much to his links with the American South and his fascination with Asian culture.

More than anything, however, Redon is an artist for our times: a man left troubled by the anguishes of war who found peace in his studio as he celebrated the wonders of the natural world. As our freedoms are restricted during the pandemic, Redon’s works offer us a saturated dream world into which we can escape. “My drawings inspire, and are not to be defined,” he said. “They place us, as does music, in the ambiguous realm of the undetermined.”

Bertrand-Jean Redon was born on 20 April 1840 in Bordeaux, France. His father Bertrand had made his fortune in the New Orleans slave trade, during which time he met Redon’s mother, a French Creole woman named Marie-Odile Guérin. Though the artist’s nickname was fondly derived from his mother, Odilon was a self-confessed “sad and weak child”, thought to suffer from epilepsy among other conditions. He was sent away aged just two days old and raised by his uncle on his Peyre-Lebade winemaking estate just outside of Bordeaux. Separated from his close family, it was here among the endless vineyards and marshland of France’s Atlantic coast that Redon first communed with nature. As an introverted child, he was captivated by the Médoc landscape and it would recur in haunting paintings created throughout his life.

Odilon was a late starter and didn’t attend school until returning to Bordeaux at the age of 11. A school drawing prize lead to private tuition with the talented watercolourist Stanislas Gorin whose first instruction was to never make a mark unless his feeling and his reason were in it. Gorin also introduced his pupil to the Museum of Bordeaux and encouraged him to copy the works of Goya and Delacroix.

3 LESSONS WE CAN LEARN FROM THE FRENCH MASTER