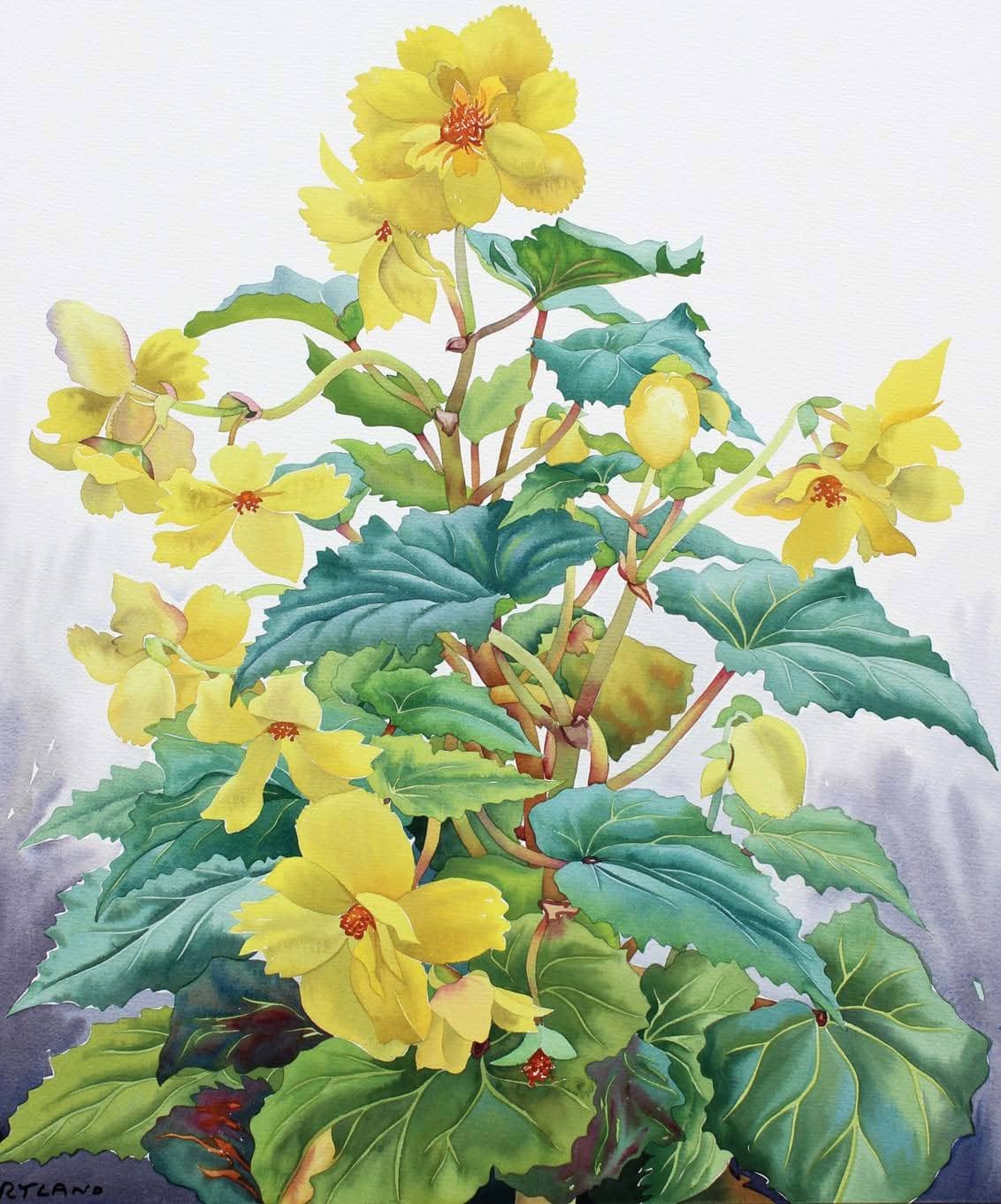 Christopher Ryland graduated from Goldsmiths College in 1972. He has specialised in botanical painting since the early 1980s and has been a member of the Society of Botanical Artists (SBA) since 1995. The SBA’s annual exhibition, Plantae, runs from 2-7 June at the Mall Galleries in London.

Christopher has held several solo exhibitions in London and East Anglia, most recently at Ipswich’s John Russell Gallery in 2017. His paintings have been featured in many publications and won several awards, including the President’s Award at the SBA’s annual exhibition in 2001 and the St. Cuthbert’s Mill Award in 2007. He also teaches art courses from his studio in Sudbury, Suffolk.

Flowers are a marvellous feature of the natural world, always surprising, so when you are painting them, they need to be treated and shown in a natural way. Often the flowers themselves will suggest a composition. Too much arrangement and they can look artificial and unnatural. It is a good idea to make a rough sketch before you begin a painting. A smallish pencil sketch will give a good idea of the composition you will follow. The painting can become a kind of evolution from that starting point. 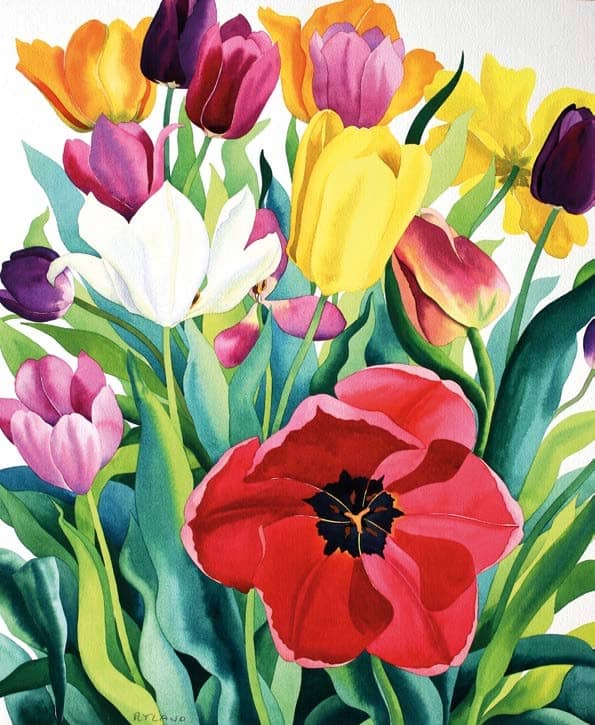 Watercolour is a superb medium to use for flower painting, partly because of its fluency and partly because of its transparent qualities. The translucency, created by the light reflecting through the paint film, is unique to the medium and relates strongly to the subtle or bold coloured light of blooming flowers.

All flowers will tend to move around as you paint them. I was in the middle of painting some tulips and, the next morning, every flower was completely vertical after the light source changed. Flowers can gradually return to their original position more or less, but one should allow for the process of natural change and growth. Try to keep the light source as constant as possible and avoid making very detailed line drawings so that changes can be made along the way.

Sometimes, with tulips, a flower will fall and hang open, showing black stamens and marvellous colours and patterns within the open petals. When this sort of variation occurs, it’s great to use it. A combination of buds and open flowers will add greater diversity to the finished painting, giving a real feeling not only of the look of the flowers but also the whole process of growth.