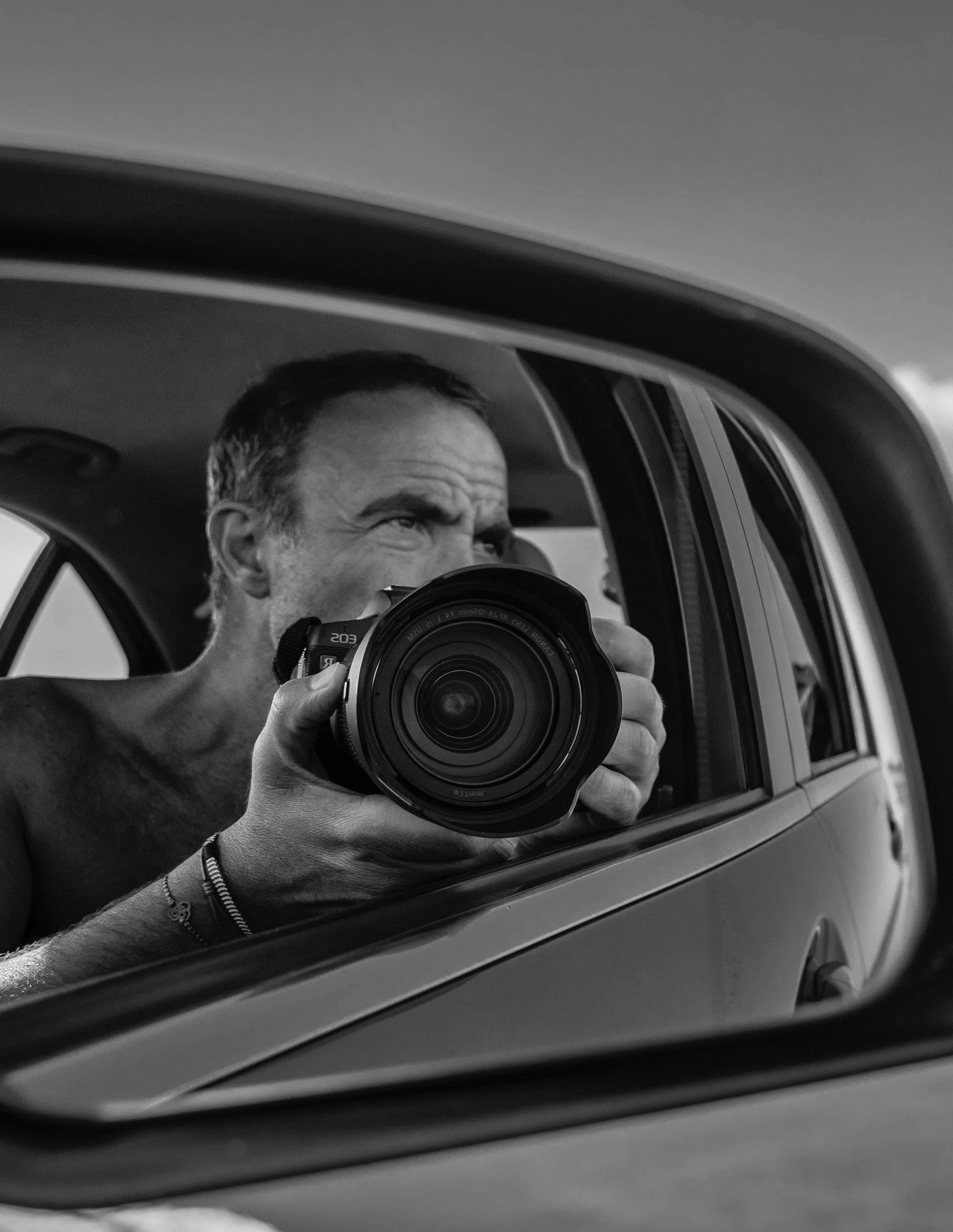 Sharing the story behind his latest exhibition in cannes.

Thalassa People of the Sea

Art Market Magazine: Hello, Níkos! First, I'd like to thank you for taking the time to talk to us. Here's what I know about you; You were born in Paris, and you are a French with Greek origins. You are a renowned figure on French TV and in France and Greece altogether. Having started your career as a journalist in 1993, you've gone beyond the profession's traditional boundaries and on to being a Radio presenter, writer, host and a producer. Have I missed anything?

Níkos Aliágas Nope, you've got them right! I would consider myself to be a curious man. I have had many interests along the way.

I don't believe in just having one job at any one time, and I enjoy exploring various activities. I've also always been into photography.

A.M.: You are very engaged with the Greek culture. In the past few years, you were awarded several important awards, including the MEDIA award given to those who stood in the field of communication for their invaluable offer in the spread of Greek culture and the diffusion of the Greek ideas, values , and spirit worldwide. In 2019 your work was exhibited at Christie's France with over thirty photographs for sale. You just came back from Cannes, where a significant collection is shown at the open-air Boulevard de la Croisette. 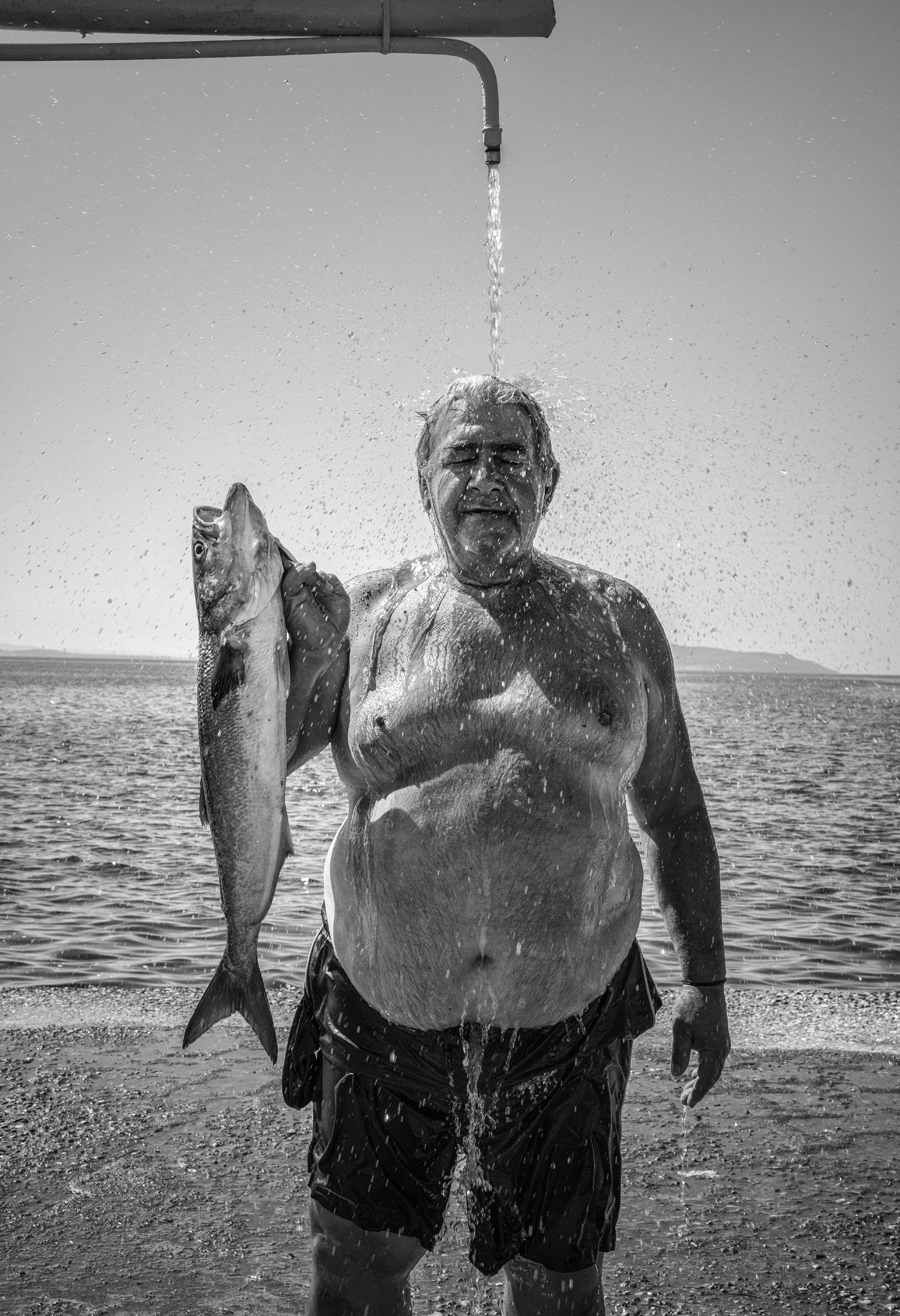 Can you tell us about this unique exhibition, Thalassa- PEOPLE OF THE SEA in Cannes?

N. A.: I frequently connected with strangers, and I knew I had to realize the experience that came by. I may or may not had taken pictures during these experiences, but I knew I had to live in the moment. Truth be told, when you have these moments, you'll feel the freest!

The sea people are alike, have observed the same horizon line for millennia, breathe the same sky embalmed with prayer and mystery, and hear the same winds whispering strange omens they have recognized from childhood. 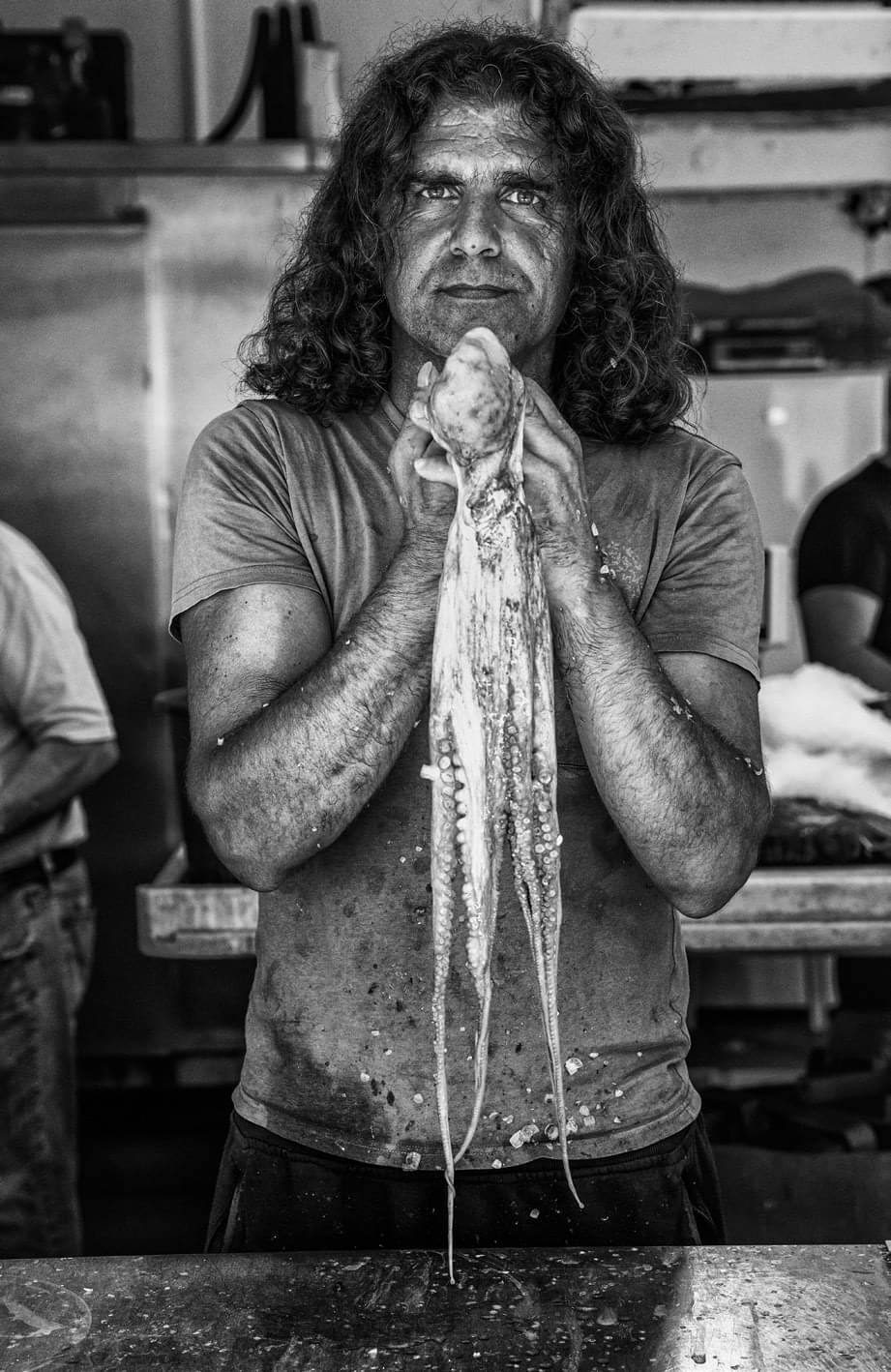 The people of the sea carry within them ancestral myths and gods from another time; the versatile spirit of men hardly affects them; between heaven and earth, they know full well that the world is perpetual movement and that nothing freezes forever under the sun.

An old fisherman from the Mediterranean told me that the most impressive sandcastles turn back to mere grains of salt and earth when the tide recovers.

The man untangled his net's cracks, indifferent to his time's sounds, gazing into the distance as if awaiting a signal from elsewhere.

Here and there, the eternal promise of a departure or a return. 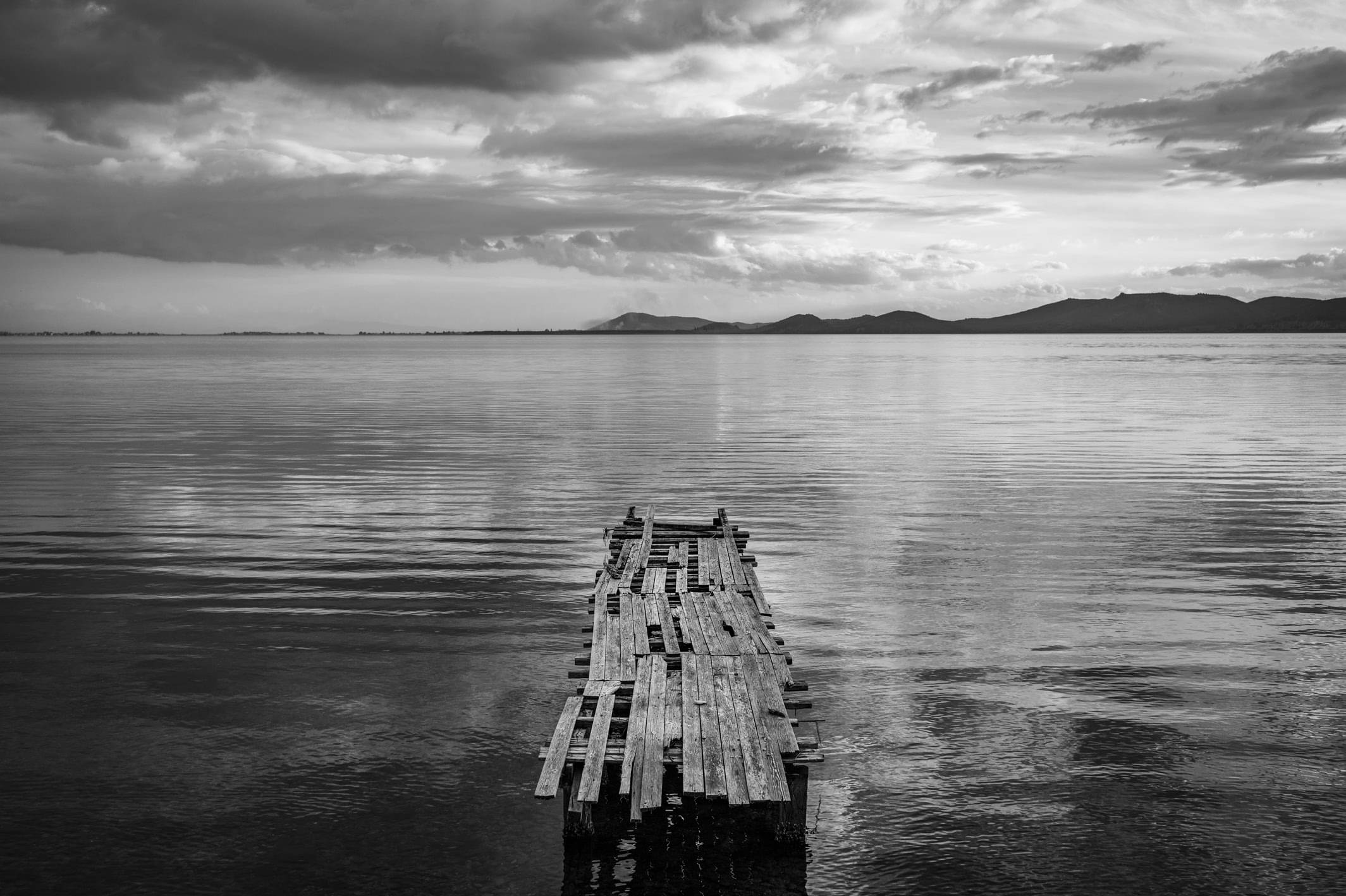 Thalassa - a Greek word that has existed for thousands of years is designated the sea and an idea that redraws our certainties' contours. The image then takes on a poetic dimension, and a creative breath transforms the dancer of the present into yesterday's existence.

I watch these carefree teenagers sculpting their youth's alacrity in front of the sea, and I imagine them, Homeric heroes. I greet the old man covered in mud on the lagoon, and he becomes a statue in my lens. 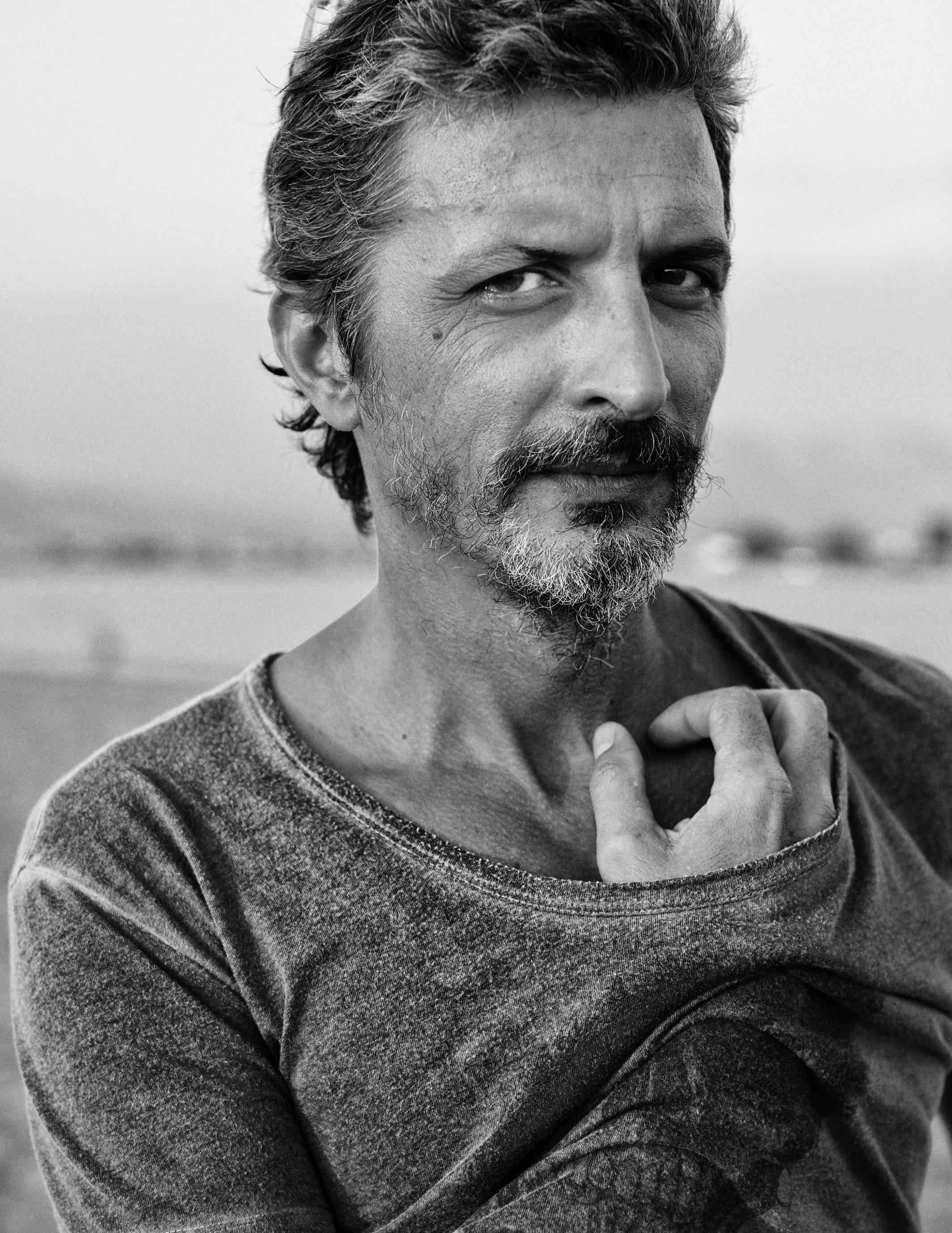 The people of the sea, both conqueror and conquered, never forget that the look does not say everything. It is undoubtedly for this reason that they have never abandoned the dream, this secret music that opens the door of possibilities, between light and shadow.

I was born in France to Greek parents, and the Hellenic culture has always been an endless inspiration for me. 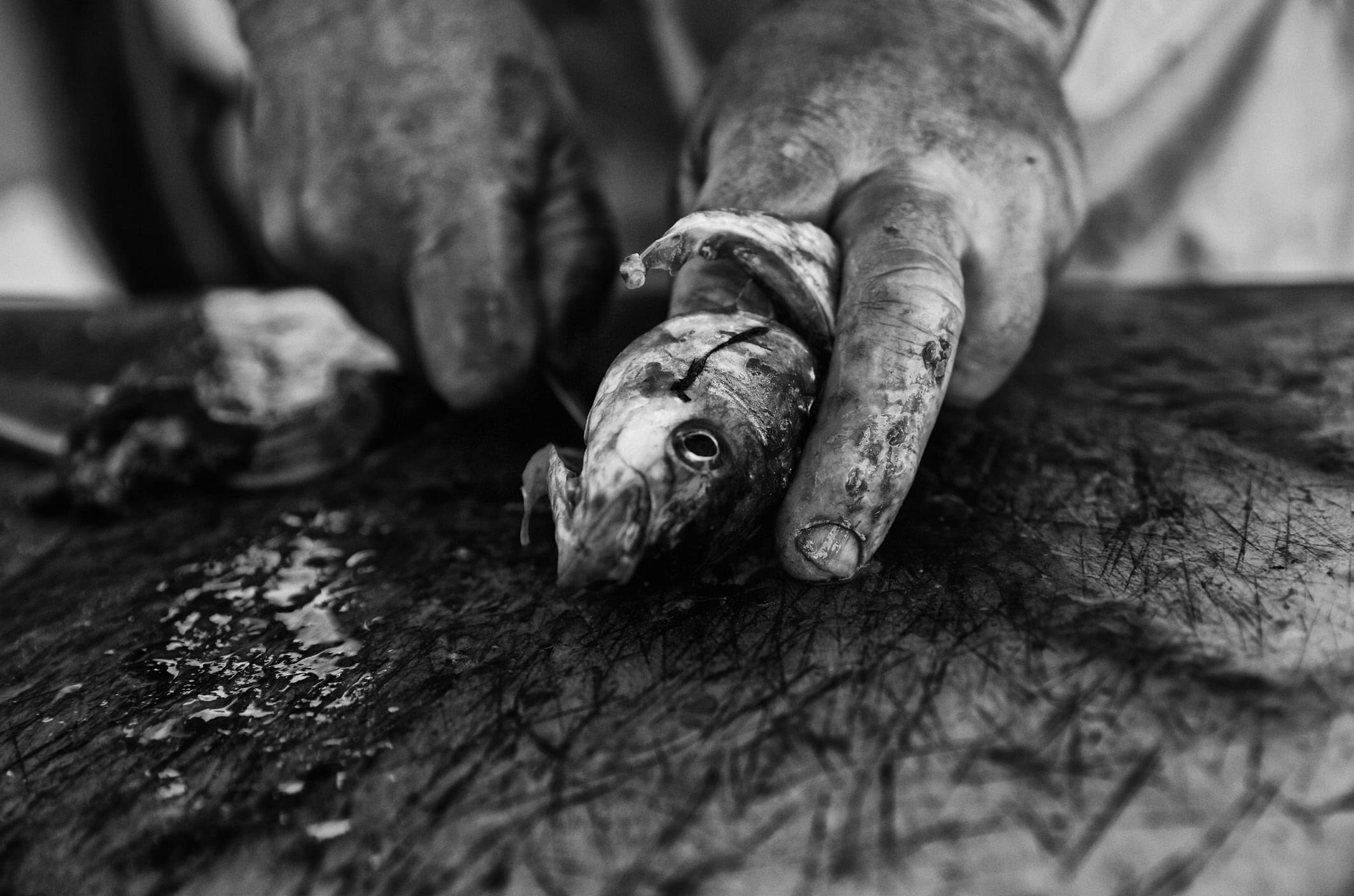 In black and white, Greece sends me back to a timeless dimension, to a place where yesterday's human being finds himself aligned with the essential. And it is precisely the sea that connects this dimension, the sea as a natural baseline where passing humans do not fear travel. Is it not the poet Constantine P. Cavafy who speaks about it best in Ithaka? 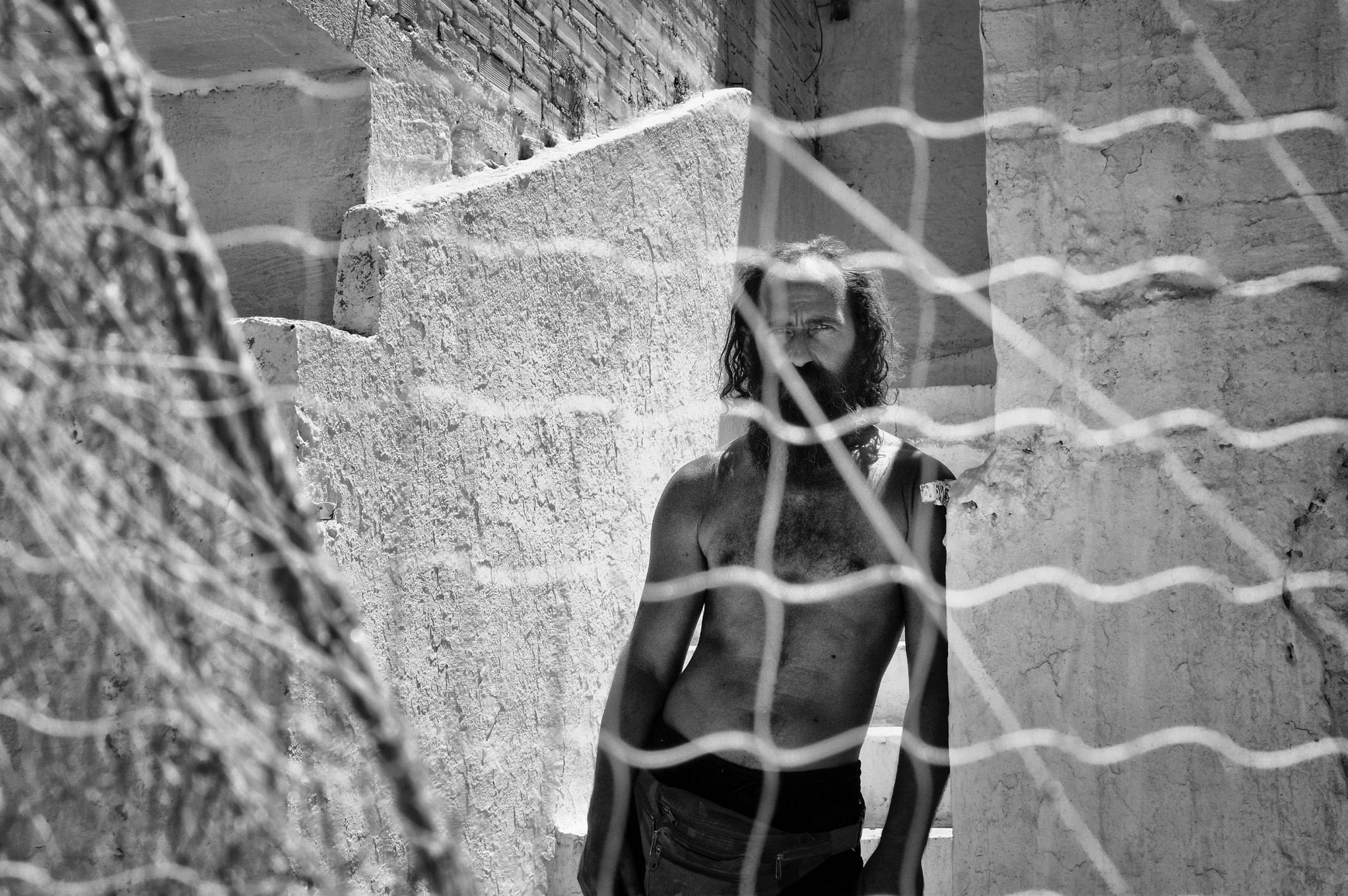 Greek poets and philosophers are my compasses; it helps me not get lost in the contemporary world's paradoxes. In the images that I recognize behind my lens, it is not only the scent of a country that I rediscovered but also the distant echo of our ancestors—children of the sea and souls of peace.

I have an exceptional job, one I hold dear to heart. I've been exposed to various media types along the way, but photography inspires me in my personal life. I needed to explore this art, not to become a professional for the status or to prove something, but rather to share and live the power that's in the action of taking a picture.

It is not my main job; I do exhibitions, sell prints, etc. But, it is not the end goal. The goal is understanding a story and telling it without making mistakes. 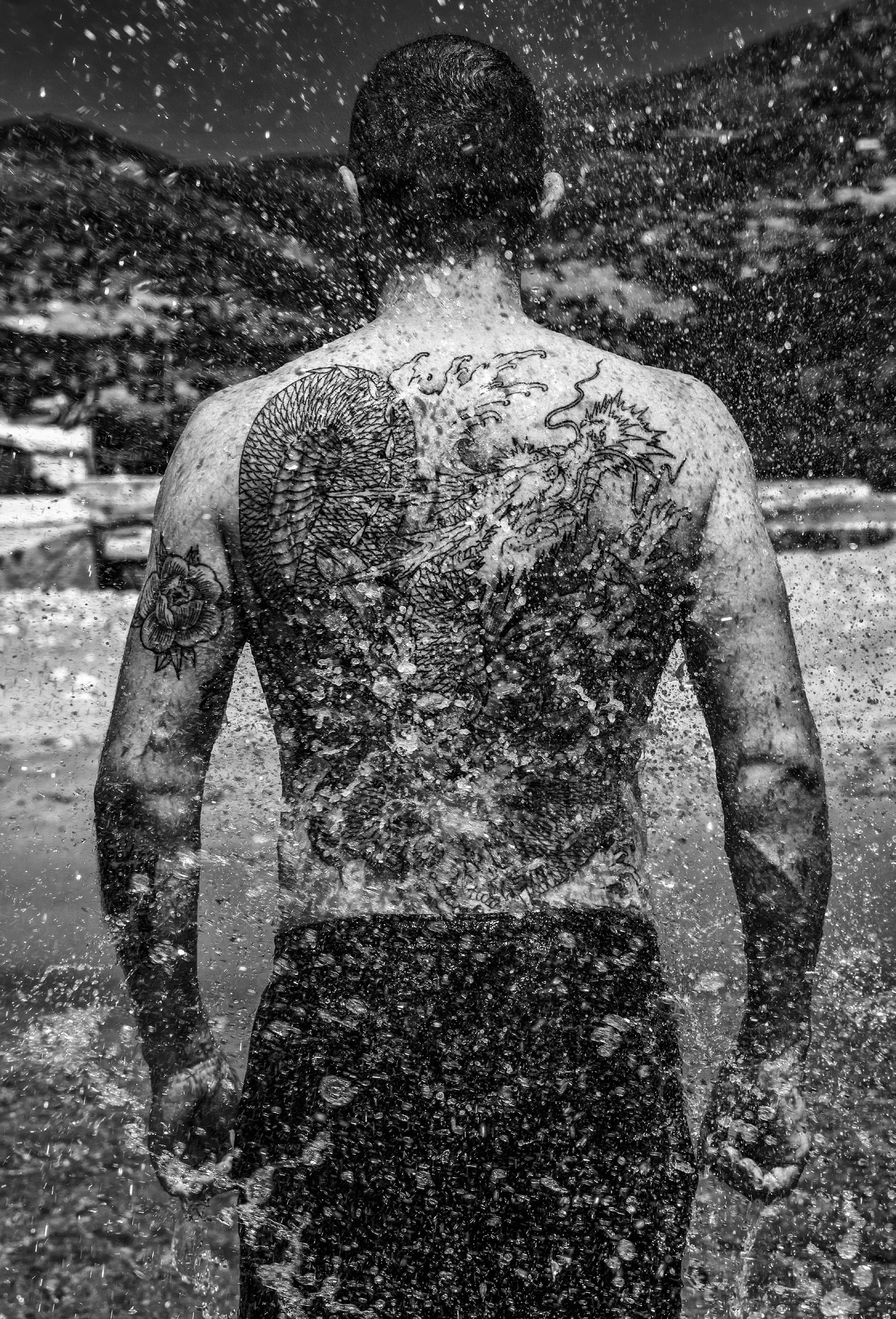 I need human connection and have always been on a quest in my own life and personal heritage, tapping onto my two cultures. I'm interested in people and like to discover our common interests, even if we do not speak the same language or do not have the same God. 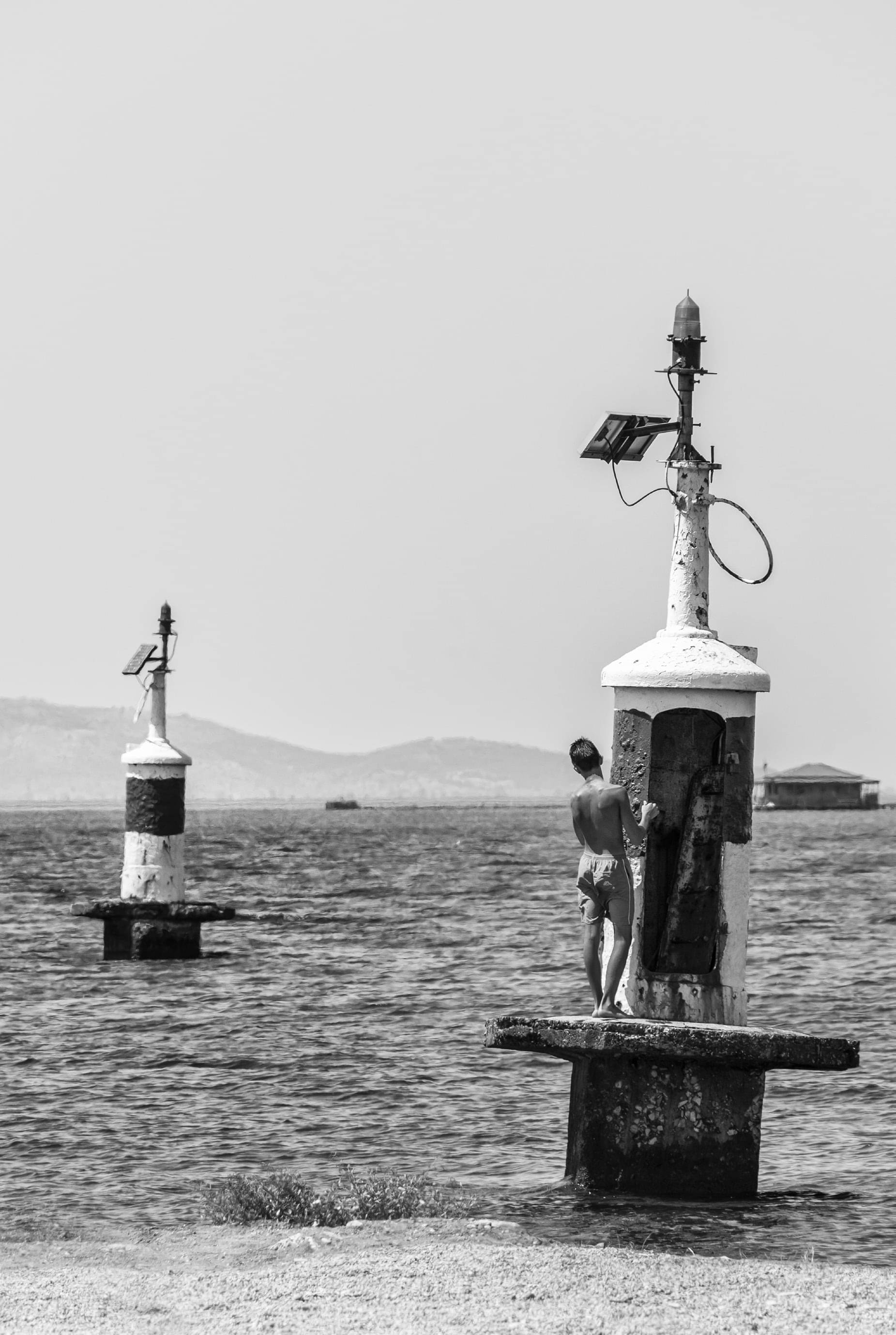 A.M.: How important is photography to you? What significance does it have in your life?

N. A.: To me, the most beautiful pictures are the ones I see when I don't have a camera with me; when all I have are my eyes.

In fact, the best pictures are the ones that we don't usually see in a frame. They are ultimately invisible - except for through humanity and destiny. It doesn't quite work out when I try to stage my pictures, even at the studio. The urgency of the unexpected pushes me to understand something with intuition and try it without overthinking it.

MORE STORIES FROM ART MARKETView All