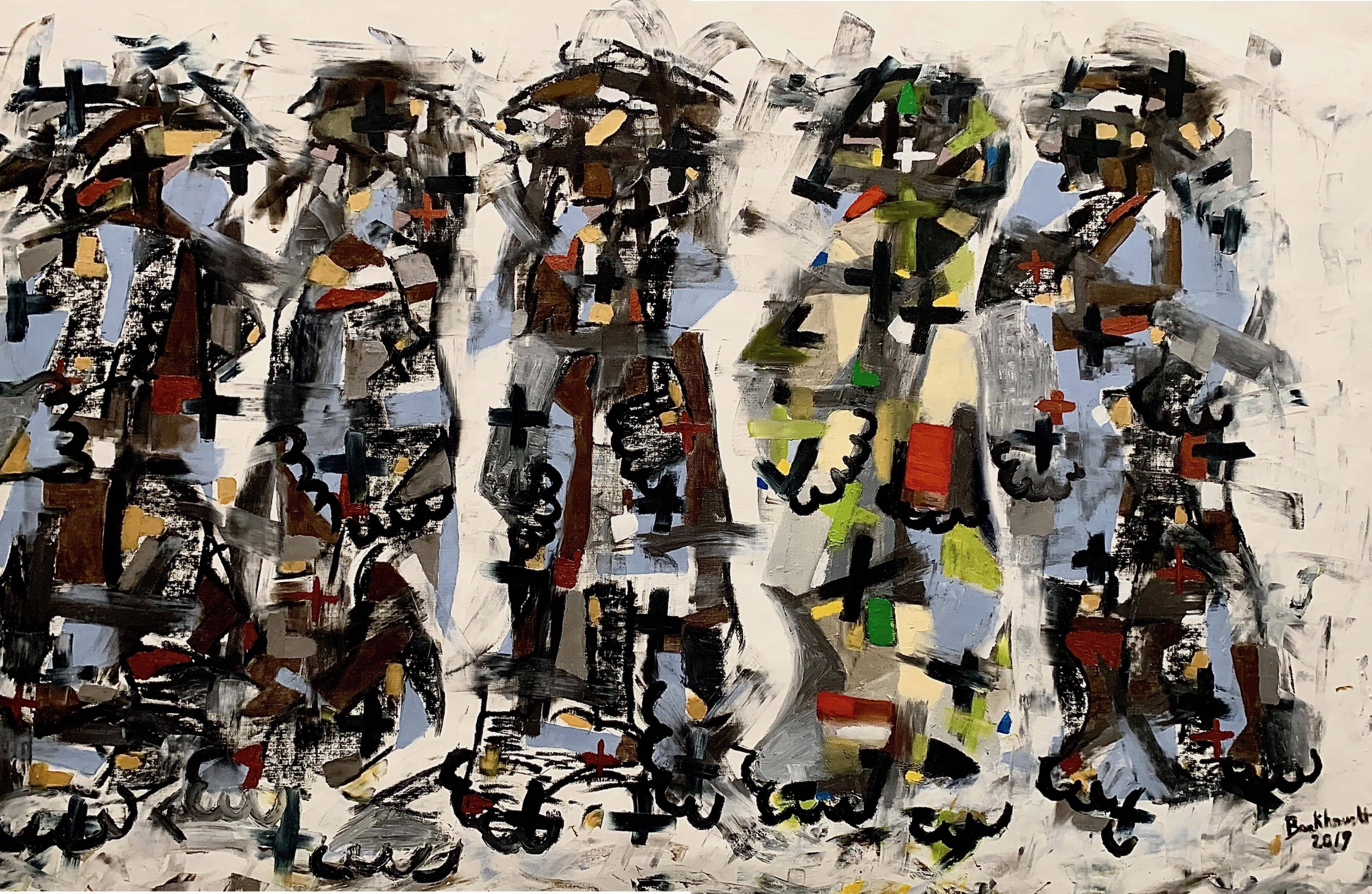 The 'Artist Of The Crosses'

Boekhoudt is an exclusive self-taught fine art painter with more than twenty years of experience. His original modern expressionist artwork is indeed one of a kind since Boekhoudt does not create nor authorize any reproductions of his artwork. He has an exceptionally loyal clientele since they can privately own original museum quality artwork that will never be displayed on a commercial level. 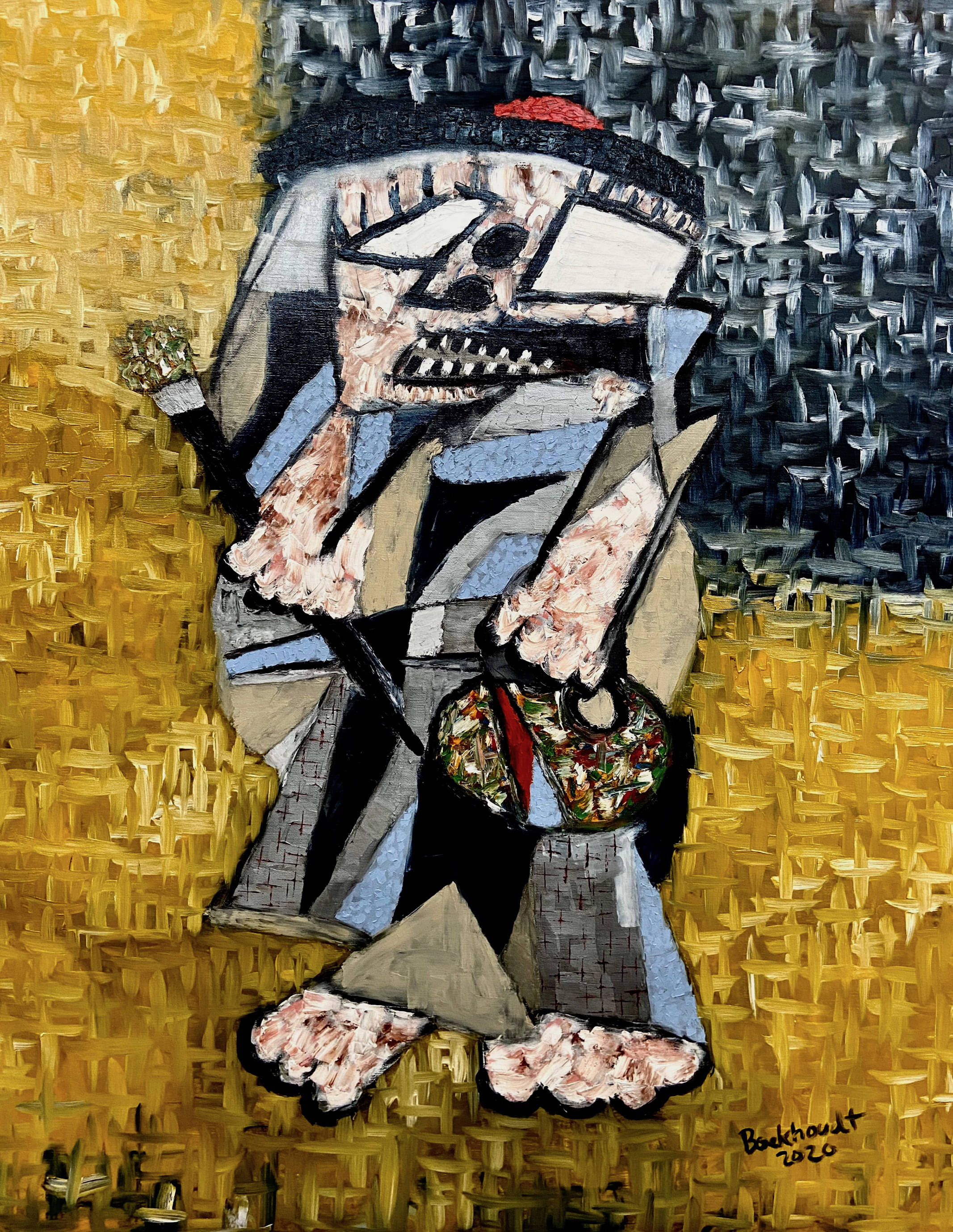 Boekhoudt was born in (1966) in Willemstad Curacao, Dutch Antilles. At an early age, his family moved to Costa Rica, where he adopted all his Latin American influences. Rich with this mix of culture, he blends inspirations from Europe, Africa, and Latin America into his work.

Johannes Boekhoudt is a Dutch artist. b. 1966, in Willemstad, Curaçao Dutch Antilles. His Mother was a Secretary of the Bonaire Government in the Dutch Caribbean. His father was a businessman. He lived his early years on Bonaire Island. 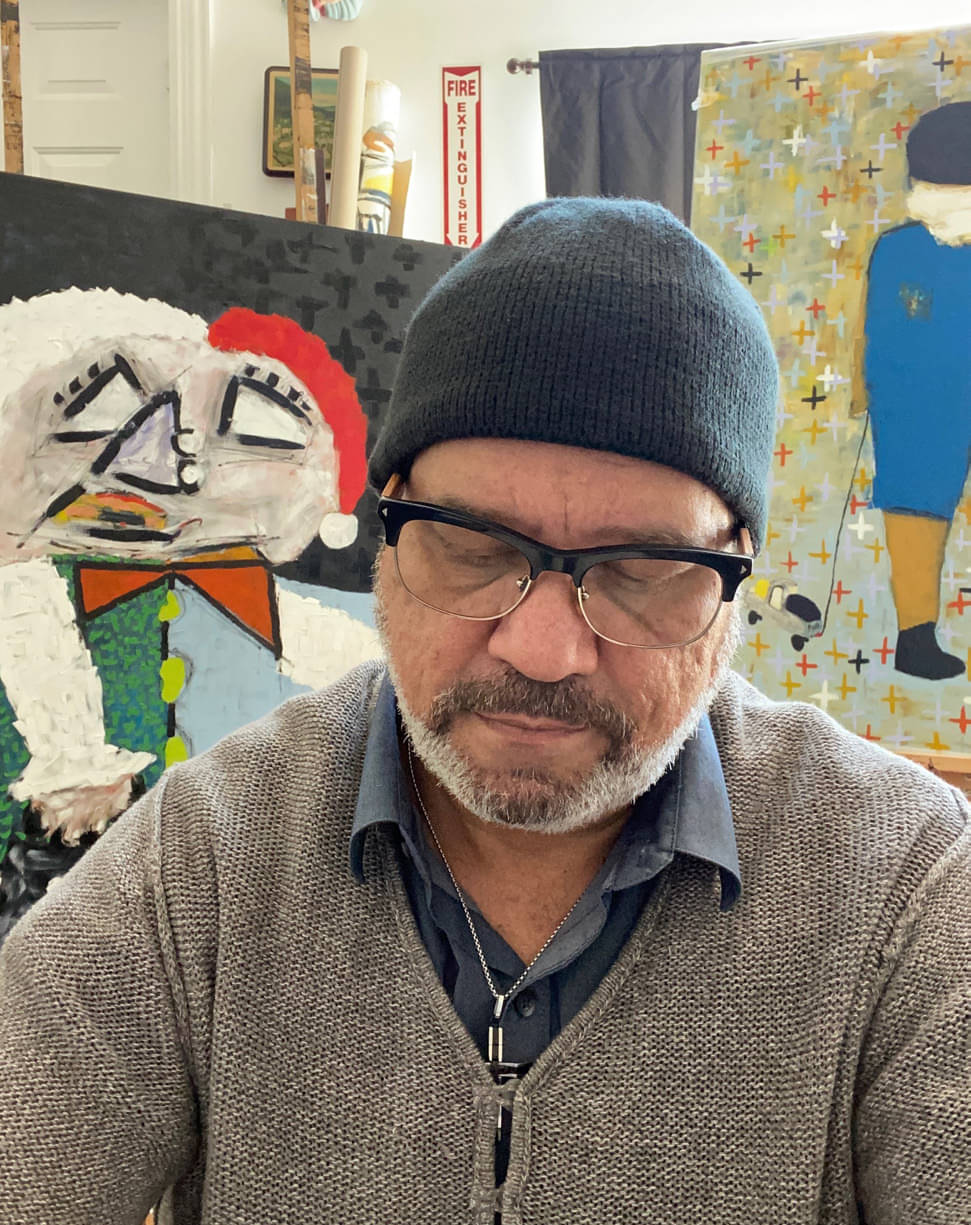 In 1973 Boekhoudt immigrated with his parents to Costa Rica, Central America, where he easily blended into the Latin American culture. Later in the '90s, he became a commercial pilot in Costa Rica and in the States. During his years as a pilot, he briefly worked as an air ambulance pilot

and was shocked at the fragility of life and decided that his career as a pilot had run its course. In 1999, he married Erika and moved to Houston, Texas, in the United States. Boekhoudt and his wife have two sons, Nickolas and Christopher. 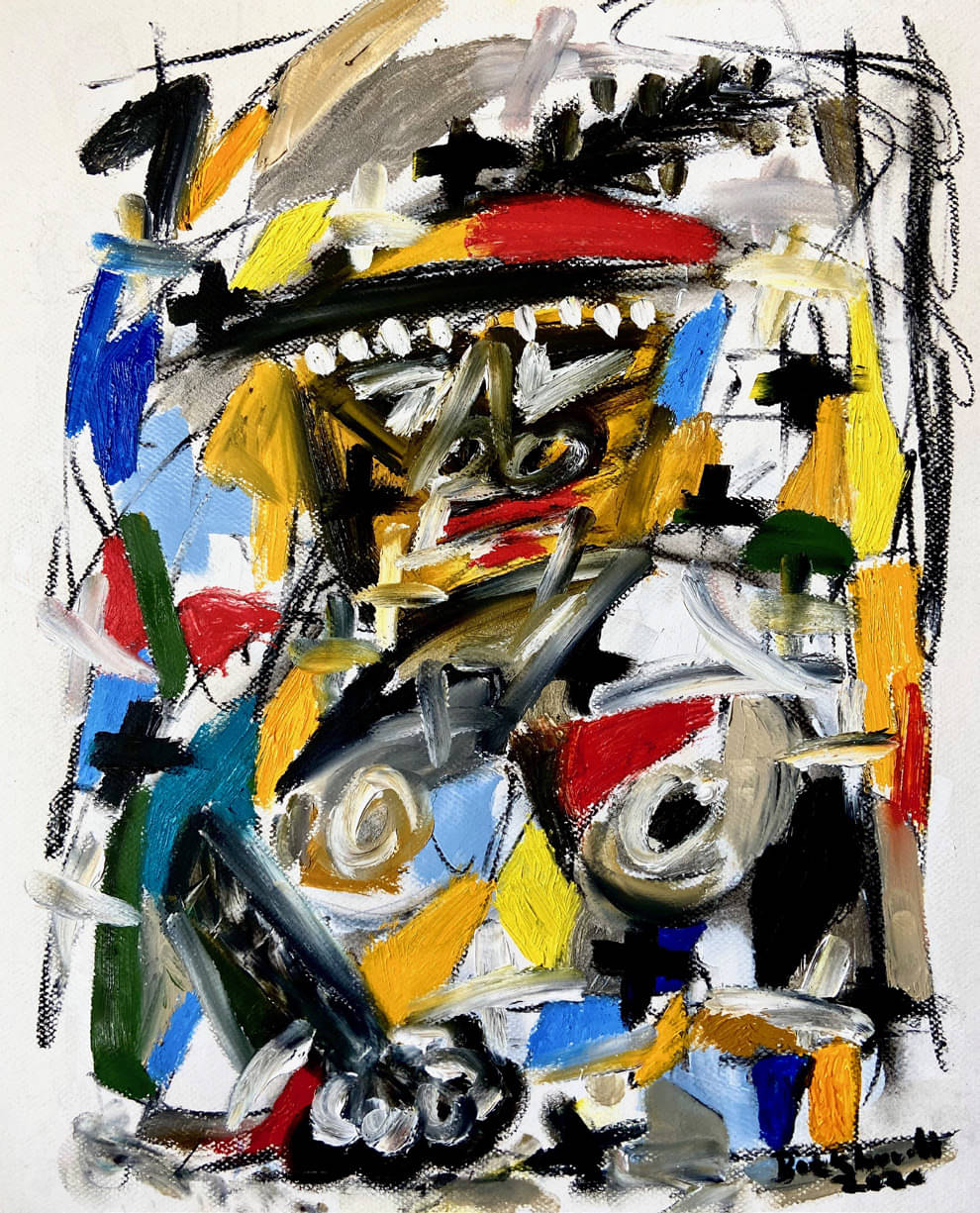 Not satisfied with his previous career, on September 11, (2001), the catastrophic event of 911 inspired him to work towards his dream, be an expressionist artist and raise his voice through his paintings. Meanwhile, he was certified as an Intra aortic balloon technician, which was a resource to advance his career as a professional artist.

During short moves to and from Houston and McAllen, TX, he created small formats of paintings from a makeshift studio in his garage. 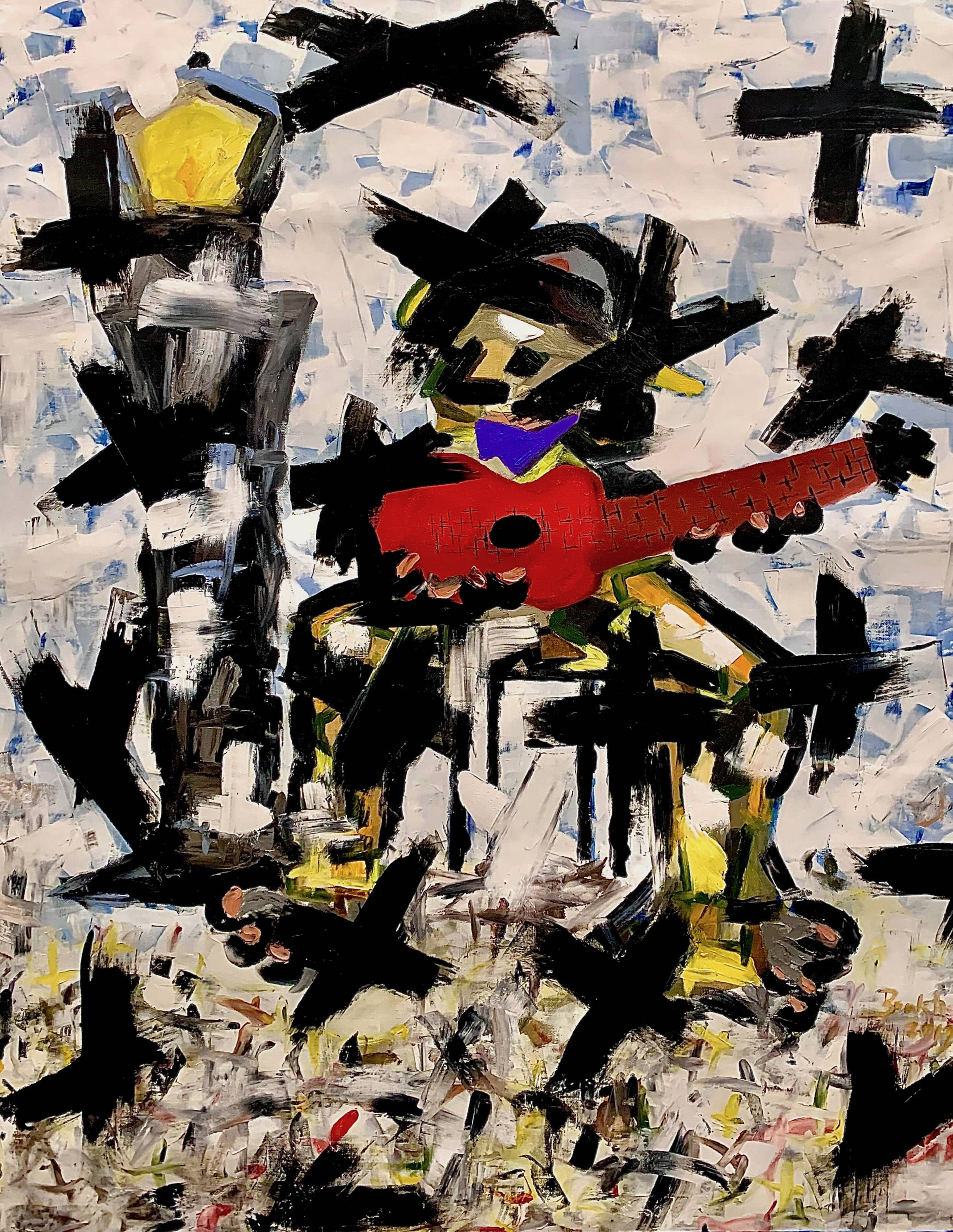 In 2001 he began to exhibit his work as part of group exhibitions. And also went to New York to look for opportunities as an artist. In New York, he presented photos of his artwork produced in Houston, including works in crosses, later becoming his signature style.

MORE STORIES FROM ART MARKETView All