Lothal: A Mound Of The Dead With Animate Experience 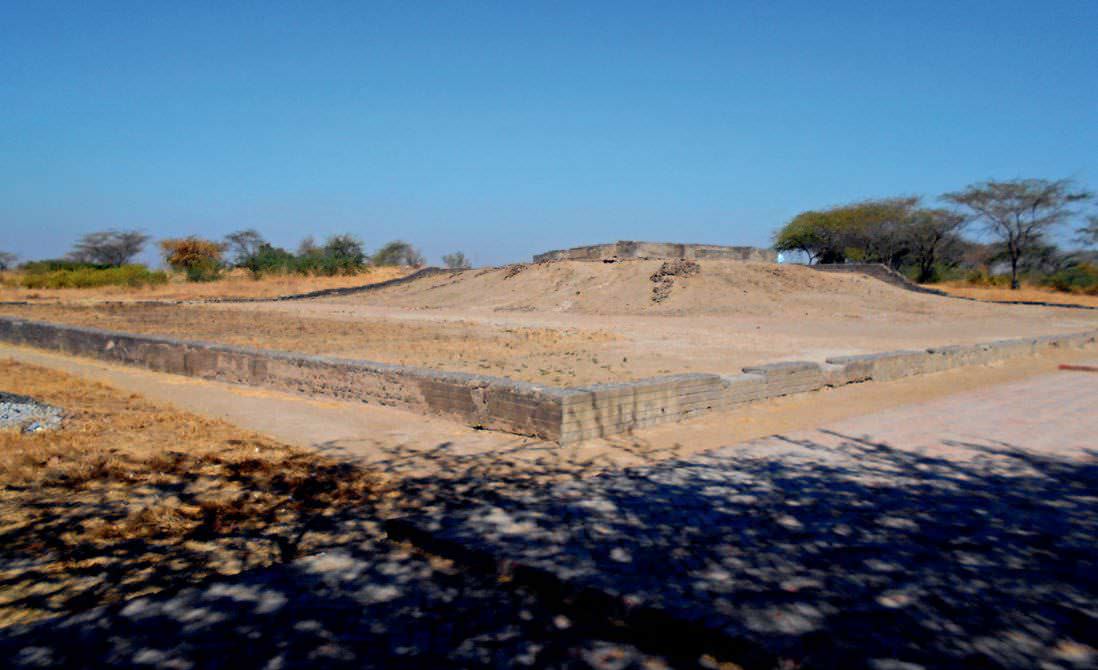 Lothal, one of the sites of ancient Indus Valley Civilization, is in the state of Gujarat on the Gulf of Cambay.

The important ancient sites of Indus Valley Civilization such as Harappa, Mohenjo-daro, Mehrgarh, Nausharo, Ongar, Pirak, Rehman Dheri, Sokhta Koh, etc, are in Pakistan, but Lothal, Vejalka, Surkotada, Rupar, Kuntasi, etc, are in India. Lothal is 670km from Mohenjo-daro and 85km from Ahmedabad. In fact, Lothal is an ancient mound in Ahmedabad district which means ‘Mound of the Dead’. It is an old town dating back to 4000 years and also known as ‘Harappan Port Town’. The site was excavated during 1955 to 1962 and now it is maintained by the Archaeological Survey of India. The settlement of Lothal has four important parts:

1. Acropolis: It is also known as the Upper Town. The size of Acropolis is about 128m x 61m. The houses were built on a high platform (approximately 3m high from the ground). It was inhabited by the upper class families. The area was characterised by paved baths, underground drains, network of drains, gutters, etc. The remains on the site portrays kitchen and pot furnace even today. It seems that kitchens and wells were spread across the upper town.

MORE STORIES FROM ARCHITECTURE + DESIGNView All