The Hanifan residence not only exemplifies how to expand a modest Craftsman, but is a treasure-trove of vintage and salvaged finds.

Gary Hanifan likes to joke  that  the  massive  painting of snow-capped Mt. Hood hanging in  the living room of his renovated and expanded  1920  Craftsman  in  Lake  Oswego,  Oregon  is  actually a mirror. After all, the artwork faces a  window through which the real Mt. Hood can be  seen. But the wood painting, its grains and patina showing through as beautiful as the mountain image itself, says a lot about the love affair  Hanifan and his wife, Melissa, have with finding vintage art, furniture, and architecture. 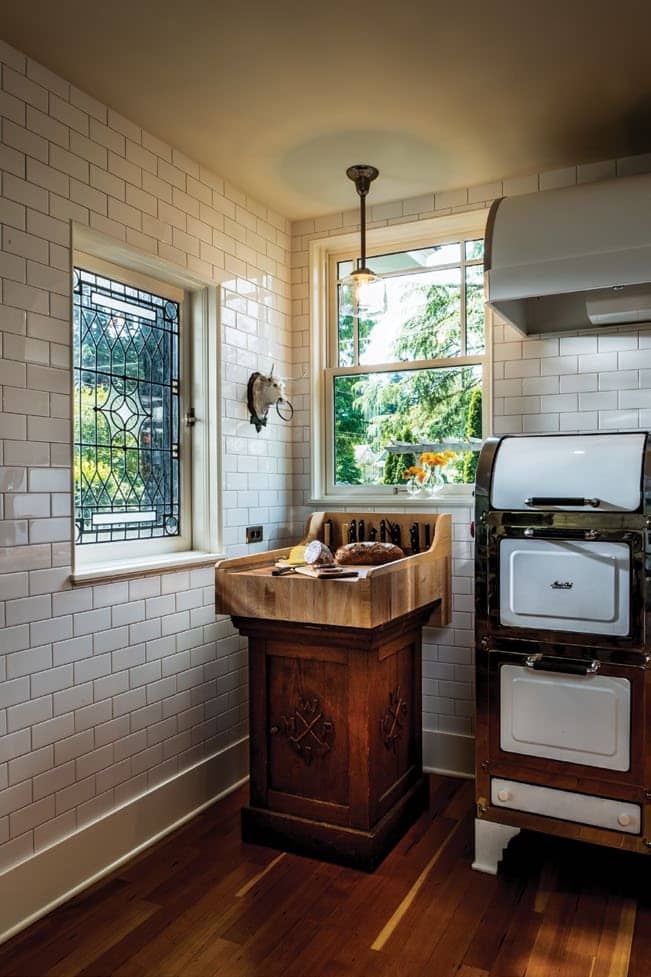 “I do enjoy the hunt,” says Gary, who first  saw  the  Mt.  Hood  painting  hanging  in  a  saloon  many  years  ago  and  found  it  again  on  one  of  his  regular  sojourns through vintage shops, estate sales, and even house  deconstructions. If that was serendipitous, so too was running  across  the old  clock  that  now  sits  on  the fireplace  mantel. The Hanifans bought it from a neighbor’s garage  sale not knowing it had once sat in the same spot. 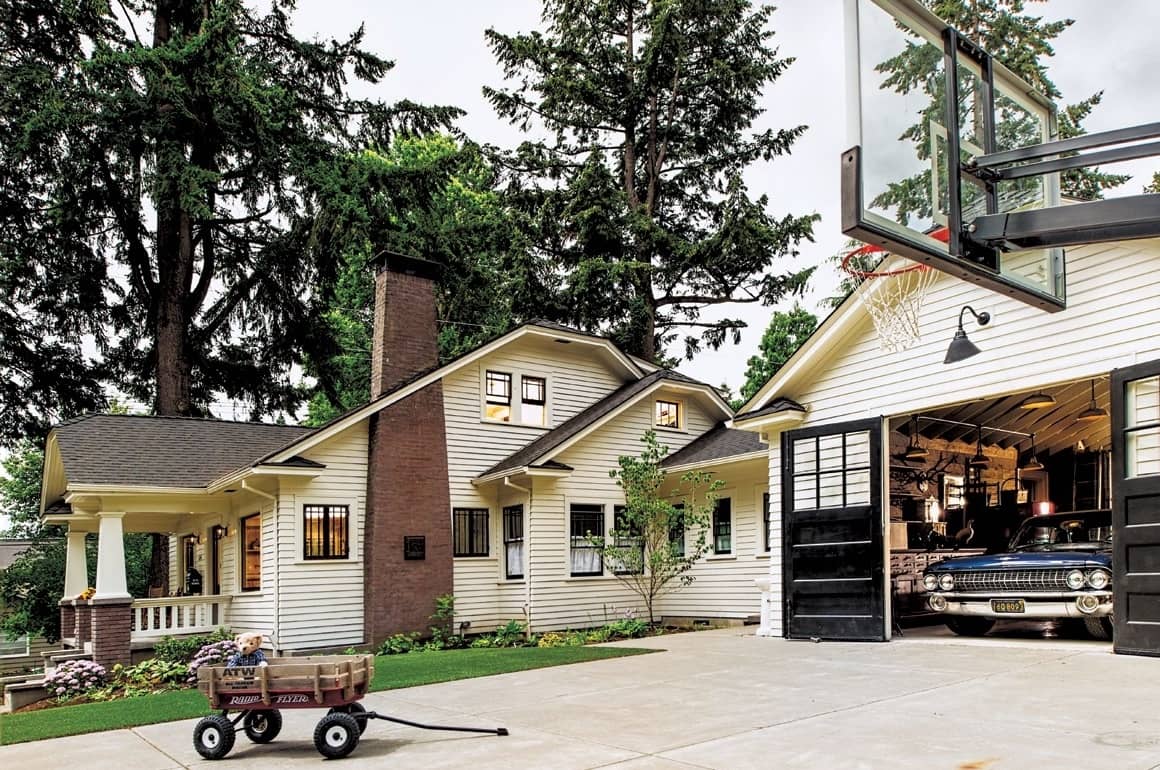 Stories like these seem to pour out of the couple,  not  just  about  their  furniture  and  art,  but  about  the  house  itself,  located  in  the  First Addition  neighborhood of this leafy Portland suburb that feels more like  an idyllic small town. “As luck would have it, we realized there is a painting of this home in City Hall,”  Gary says. “It’s known as the little white house on the  corner in First Addition.”

The  couple moved  to  town  in  2012  after meeting  in  London  as  coworkers  at  a  business  consultancy. Gary grew up in rural St. Paul, Oregon (about  an hour’s drive from Portland), known for its annual  rodeo, and he and Melissa, a Florida native, wanted  their  two  young  sons  to  be  near  their  grandparents.  After choosing Lake Oswego for its walkability and  good schools,  they first moved  into another house a  block  away. The  1920 Craftsman was  for  sale,  too,  but the couple initially passed on it, “because it was  chopped up and not in good shape,” Gary recalls. 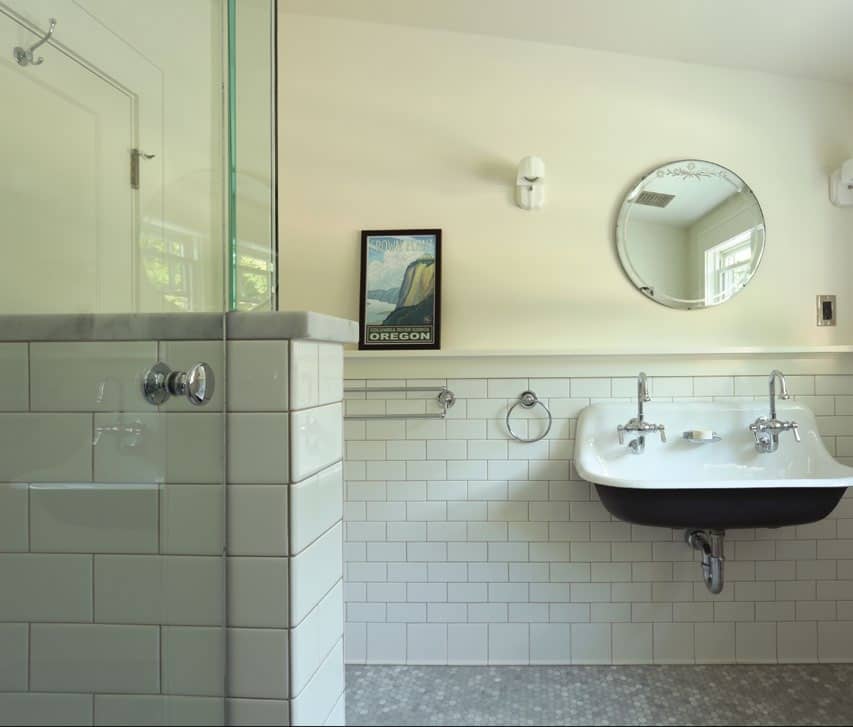 “But I liked this one,” Melissa says with a laugh.  She began to win over her husband, pointing out that  the house occupied a corner lot, absorbing ideal eastern and southern light, and it was double-sized, which  meant possibilities for expansion.