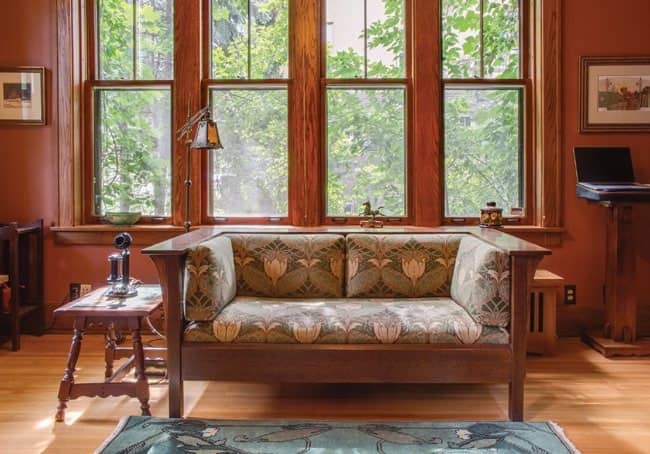 “I grew up in San Francisco,” she explains, recalling the years among the city’s celebrated Victorians, but also Tudor and Arts & Crafts style homes. “In the back of my mind, I’ve always been an old-house fan.” 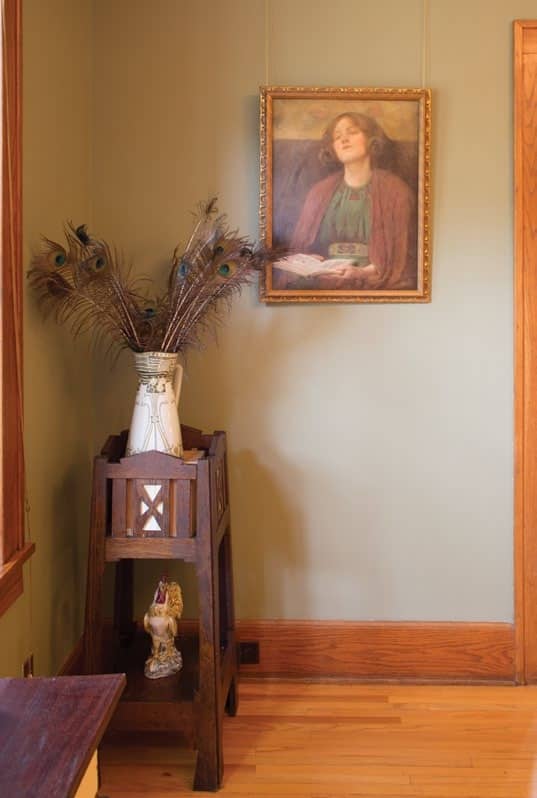 In 1996, Janis, her husband Terry Gahan, and their young daughter were living in a 1950s house in Minneapolis, Minnesota. Contrary to the popular concept of midcentury houses having airy, light-filled interiors, Janis’s experience was different. “It was the style of house that had a long, dark hallway that dead-ended in a bathroom,” she says. Even the iconic living room plate glass window left her cold. “People walking by would literally look at me through that window.” 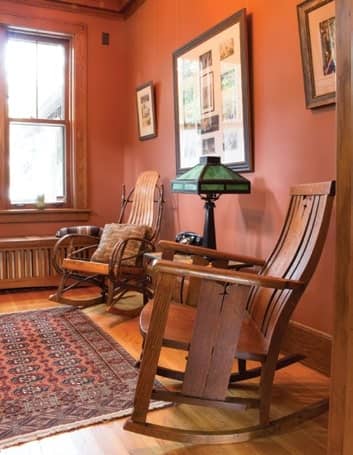 MOVING FORWARD BY TURNING BACK

The couple’s chance for “upgrading” to an even older home came in 1996. Janis saw a real estate notice about an open house for a 1916 home, and arrived promptly at the scheduled starting time on a Sunday morning. “I walked in, and the place was packed,” she laughs. “Wall-to-wall people. We were all sort of eyeballing each other.” As she made her way through the house, she gathered that the sale was the result of a divorce, and that it was priced to sell fast.

By the time she made it to the main bathroom on the second floor, she was smitten. “I couldn’t believe that previous owners hadn’t trashed that original bathroom,” says Janis. “I really wanted this house.” 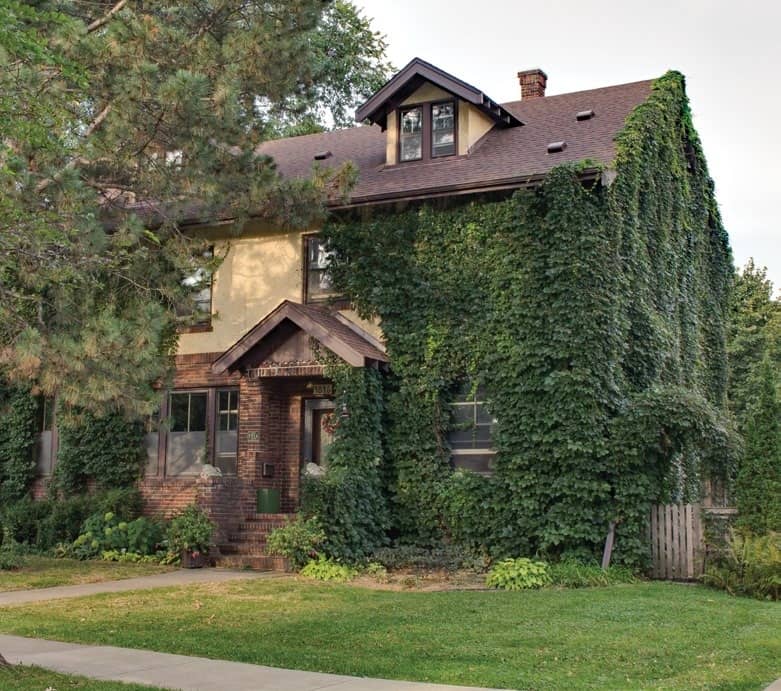 She called her husband and their real estate agent over to look at it. Janis and Terry settled on their maximum price and presented it to their agent. Janis remembers, “Our agent said, ‘Well, let’s add another two hundred bucks.’”

Despite a raft of offers submitted that afternoon by hopeful buyers, Janis and Terry’s was accepted—it had come in at $200 above the next-highest bid. 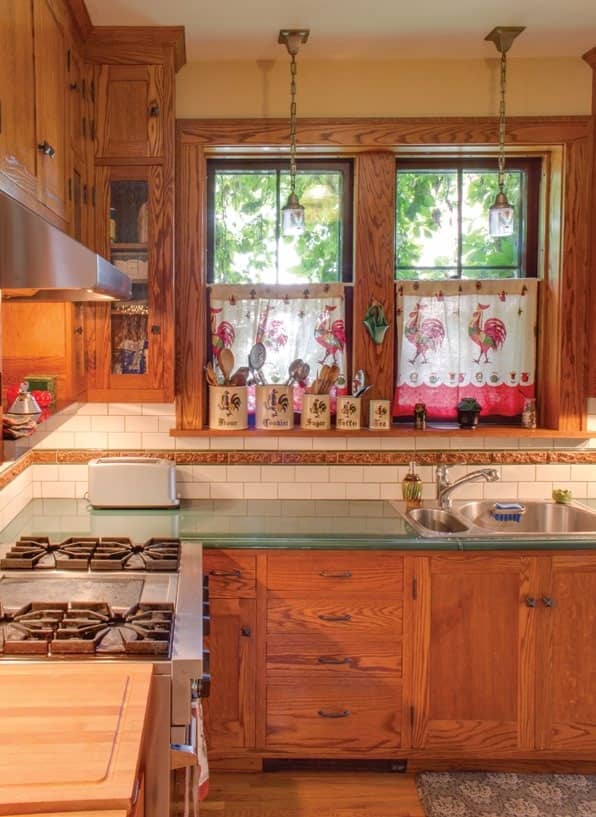 Unlike many new owners of old houses, Janis and Terry found theirs to be structurally sound. It boasts a pouredconcrete basement with high ceilings; two full floors of rooms for living, sleeping, and relaxing; and a third level tucked under the roof.

Another plus is that the exterior walls are constructed of masonry block. “When the housing inspector came,” says Janis, “he went through the house, all the way up to the attic and into the crawlspace. He came out and said, ‘Lady, this place is built like a bomb shelter. I don’t know that a tornado would take it down.’”