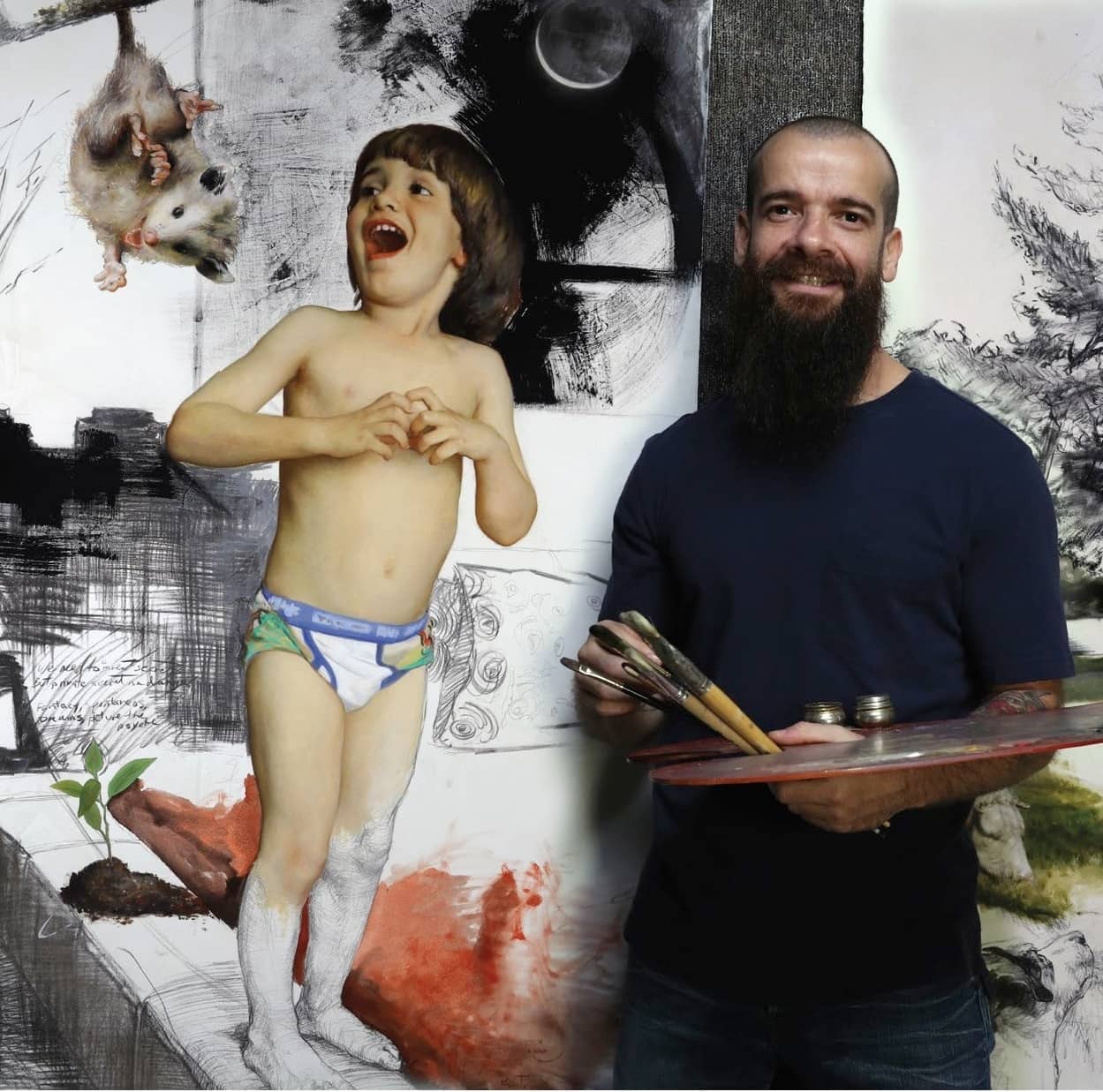 Cesar Santos assembles his newest pieces in layered segments revealing the mechanisms at work under the paint.

Michael Clawson
It can be argued that art is a period. It’s a conclusion. It’s finality. It’s an artist applying the last bit of paint, standing back to look at the canvas and proclaiming, “I am finished.”

But before that period ends the sentence, there are usually several commas—pauses in the sentence to denote other thoughts and ideas. For artists these pauses come at natural places: the pause between idea and sketch, the pause between sketch and prepping a canvas, the pause after a rough drawing, after passes of light and detail are added, after a signature is signed.

In Cesar Santo’s newest pieces, the Florida artist argues that art isn’t just the finished work. It’s the process. It’s every layer between the initial idea and completed painting. It’s layer after layer of paint, each one its own work of magnificence, each one informing the one to follow. 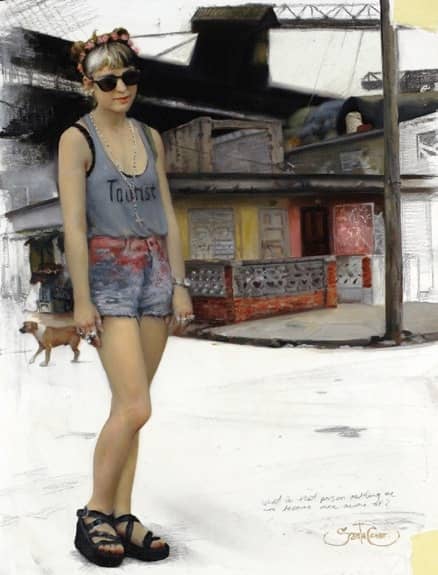 And it’s a shame those layers get covered. “These are the building blocks of art, and I want people to see them,” Santos says from his Miami studio. “Sometimes as artists we have to cover that magic up as we finish a painting, but with these new works I want to leave the magic exposed to the viewer.”

Santos’ new show, Pages, which opens December 7 at Maxwell Alexander Gallery in Los Angeles, will present paintings that highlight each stage of a work of art. Many of the pieces include every step Santos goes through in the course of a painting: from blank canvas to quick sketches to color studies to detailed drawings tothe initial layers of oil paint to, finally, his fully rendered figures.

And these layers aren’t just static blocks of ideas glued together—the layers are fluid and they swirl together in comforting ways.