The Upcoming Exhibition Movie Night Explores The Impact Of Film 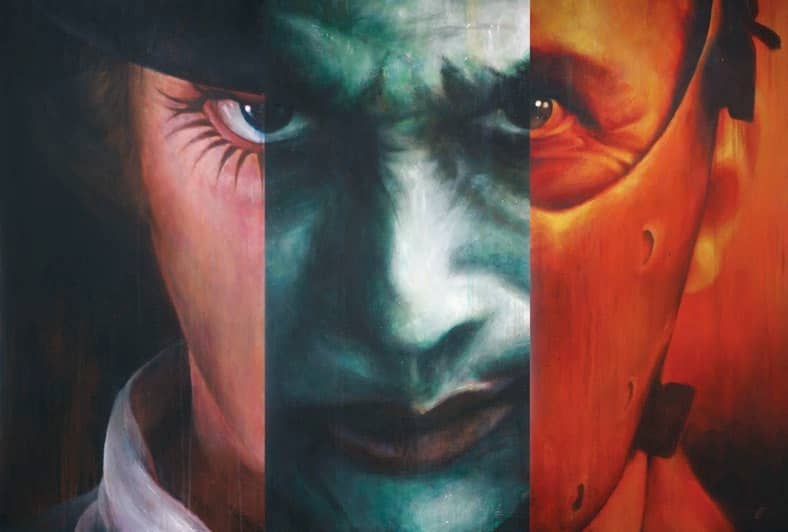 The upcoming exhibition movie night explores the impact of film.

Most of us can vividly remember our moviegoing experiences. The smell of buttery popcorn that fills the entryway. The folding red-cushioned chairs that have become synonymous with theaters. The shushing from other patrons as the lights begin to dim. The flick of the big screen as previews begin rolling. And, finally, the first bars of music as the production studio intros come on the screen to greet the viewer into their 90-plus-minute escape. As we sit and watch, we are transported to other worlds that when the credits roll instantly spark conversation whether we are thrilled with what we just saw or ambivalent. The characters and scenes can be relatable moments to our own lives, or things that have captivated our attention and allowed for engagement with bigger communities. Superhero and fantasy movies often strike mass fanfare, resulting in comic conventions and people anticipating sequels or larger series of films. There are classics recognized for the brilliant acting or technological advances that solidify their place within popular culture. 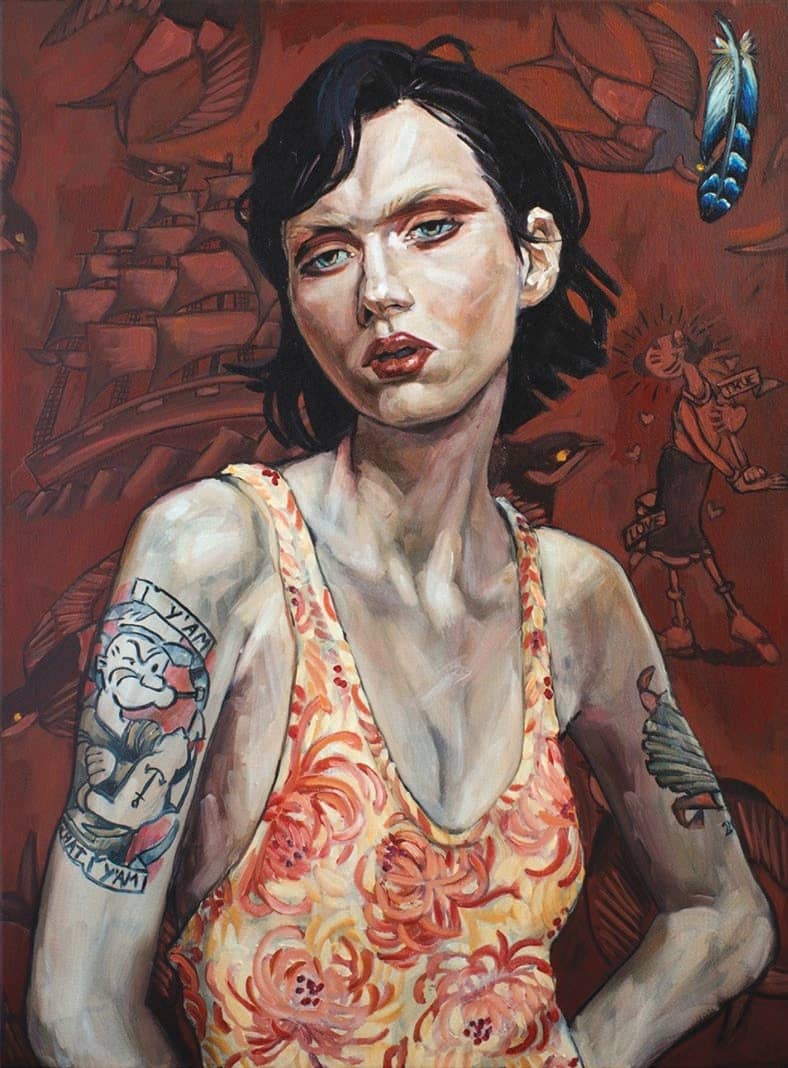 Movies have also become sources of inspiration for other artistic fields, including the visual arts where moments and characters pivotal them are translated into works of art. October 5 through November 4, Ille Arts in Amagansett, New York, will present Movie Night, an exhibition curated by Rick Davidman that will include paintings, sculpture and mixed media pieces relating to films. “What I said [to artists submitting work was] I wanted it to be their take on the movie,” Davidman, a former gallery owner and financial advisor, says. “I am not looking for an illustration of the movie or a portrait of the actor in the movie, or them depicting a scene as it is. It’s more of a jumping-offpoint and how it inspired them to do something else. To varying degrees the work will relate to the movie, but for them each work is going to have its own title and be inspired by the movie.” 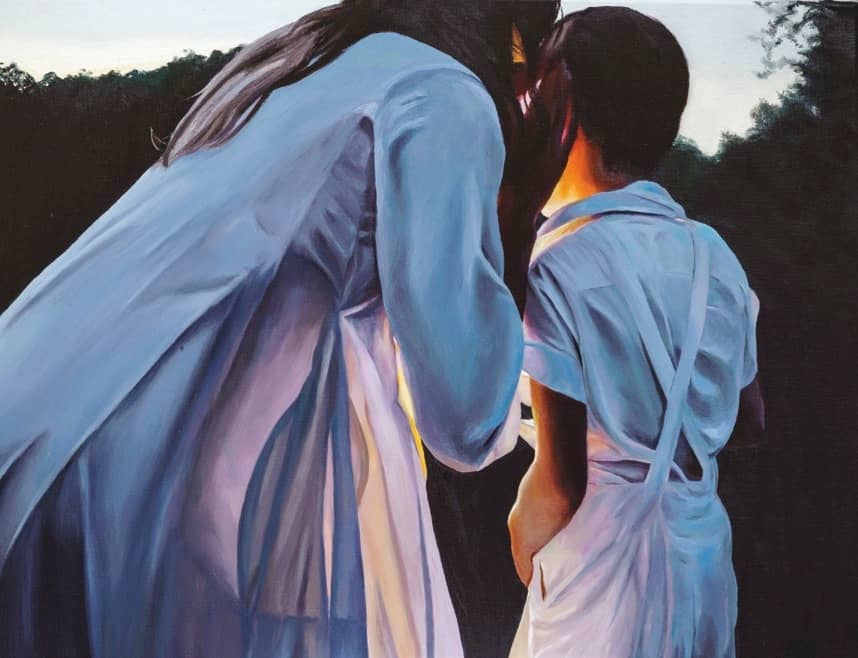