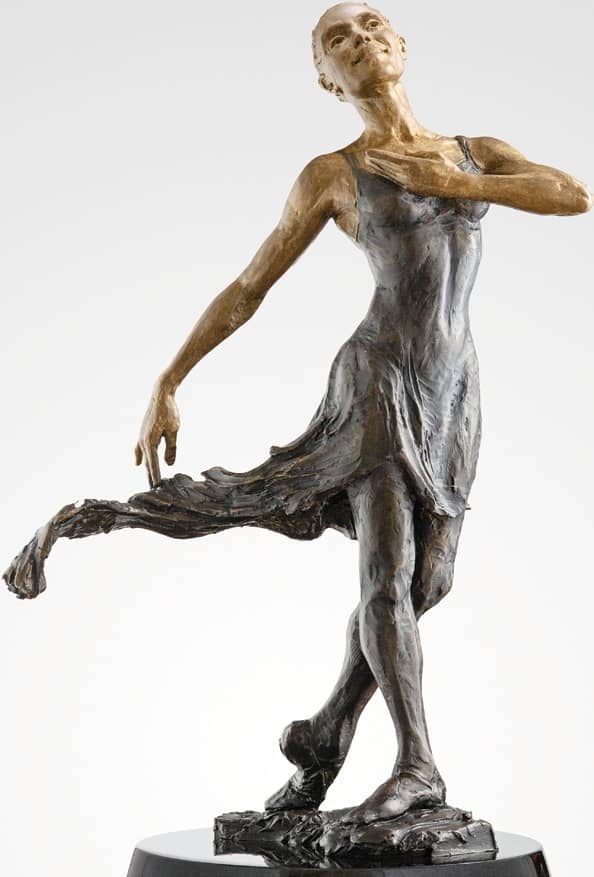 In 1792, Congress adopted the bald eagle as the symbol of the United States for its majestic beauty, strength and long life.

The selection of a symbol had gone through three committees; the first was set up in 1776 and had been composed of Thomas Jefferson, John Adams and Benjamin Franklin. 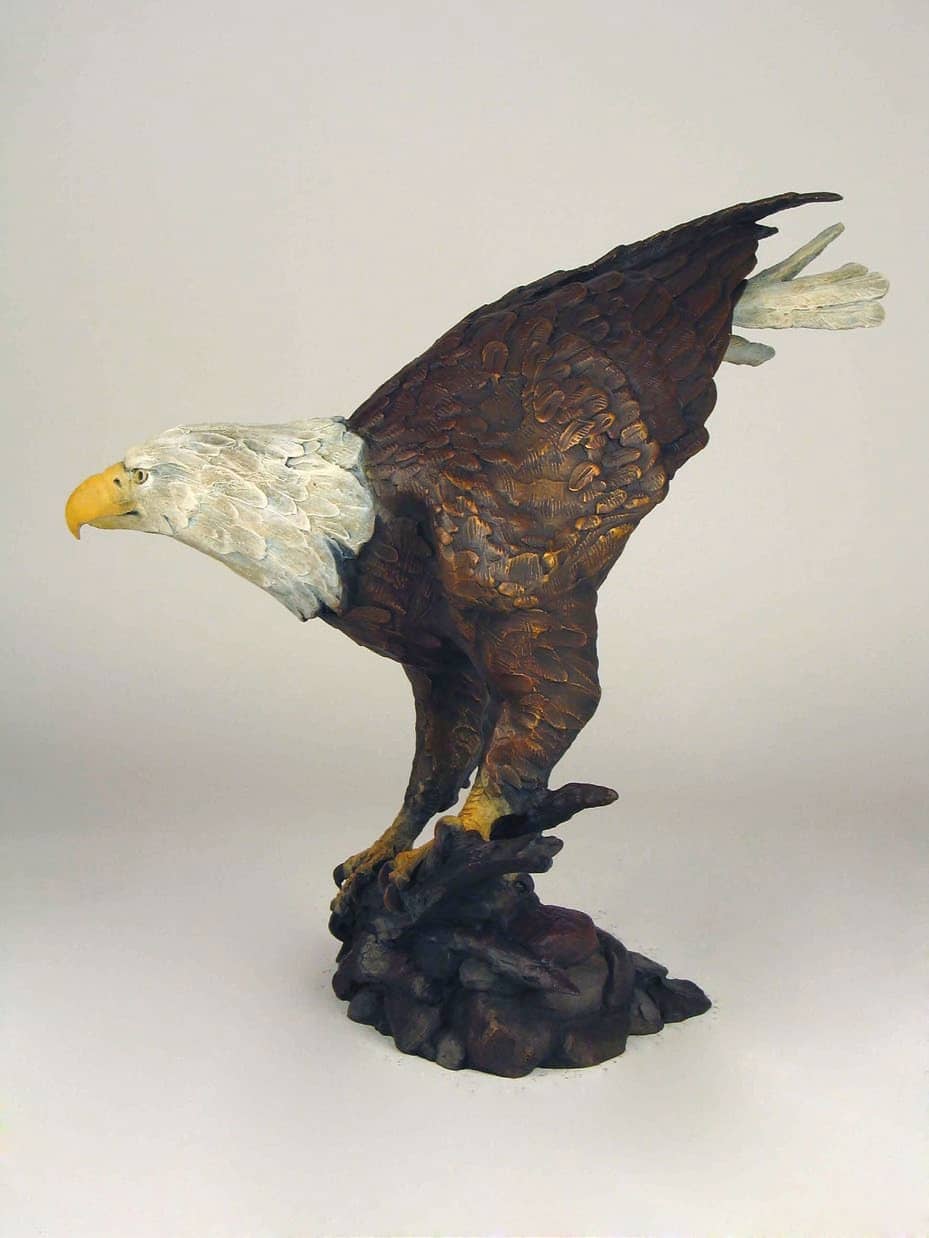 The eagle is sacred to many Native American tribes who use the feathers in religious and cultural ceremonies. Despite their majesty, their association with the power of the country and their importance to Native peoples, farmers and ranchers thought they were like vermin and had nearly eradicated them by the end of the 19th century. The invention of DDT and its widespread use on crops cut their numbers even more. The passage of the Endangered Species Act in 1973 and the banning of DDT allowed them to begin to rebound.

Sculptor Star Liana York discovered her model for Maximus at the New Mexico Wildlife Center in Espanola, not far from her studio. “Maxwell” had been brought to the center in 1991 with a gunshot wound to his right wing and foot, which resulted in a partial wing and toe amputation. York says, “I donned him ‘Maximus,’ and in this sculpture, gave him back the appendages he lost.”

York moved to the Southwest in 1985, having been brought up and gone to school on the East Coast. “I was drawn to come to the Southwest,” she says, “to become part of this rich cultural community which provides me with endless sources of inspiration and subject matter.” Inspired by the Native peoples of the region she is also deeply attached to its wildlife.

“When a character emerges from a work I am sculpting, I feel touched at a deeply intimate, subconscious level,” York says. “It is the essence in a work of art that makes it intensely personal and entirely universal at the same time.” 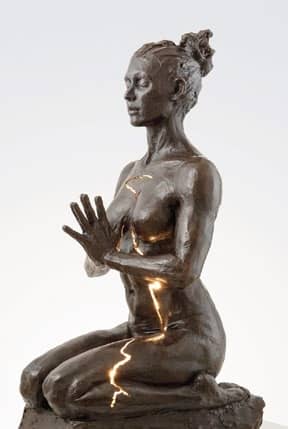 DDT had wiped out the eagle population on Catalina Island off the coast of Southern California. In 1980, the birds were reintroduced but residual DDT in the environment weakened the eggs causing their shells to break. By 2007, levels had decreased enough for the eagles to be reintroduced again. Since then, they have been able to reproduce across the island.

Elizabeth Turk studied the songs of extinct and endangered birds for a new series of sculptures that she exhibited for the first time last year at the Catalina Island Museum. She went to the Macaulay Library, Cornell University Lab of Ornithology in Ithaca, New York, to listen to their collection of recordings of bird songs, many now extinct. 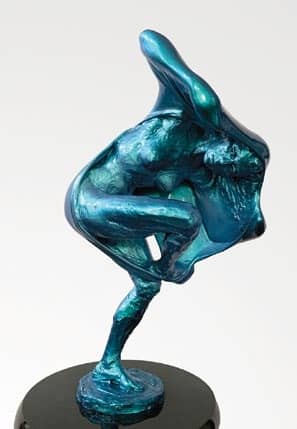 A California native, she had witnessed the devastating droughts and wildfires that have changed the environment and wiped out animal populations. She says, “I began researching birds as a symbol to ignite conversations on emptiness and extinction. Birdsongs are a backdrop to daily life. Their songs and colors reminisce on early mornings and childhood stories.” 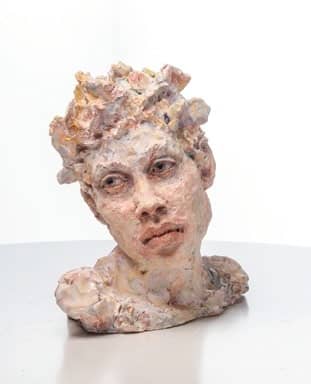 Birdsongs vanish into the air leaving a memory behind. When she recorded the birdsongs at Cornell on her iPhone she noticed their visual representation in changing lines on the phone’s oscilloscope screen. She eventually came upon the idea to represent the images on the screen as three-dimensional sculptures, making the ephemeral sounds visible and permanent. Her vertical Sound Columns are fabricated in wood, aluminum, 3-D printed ABS filament and bronze. 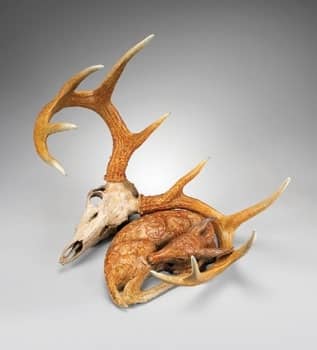 Commemorating the return of the bald eagle to Catalina Island, its song is presented in cherry wood—a favorite wood for fine furniture at the time the bald eagle was selected as the country’s symbol.

The sculptures found in this special section represent a number of other symbols and motifs, shining a light on the imaginations of the artists. Also highlighted is the artists’ innovation in medium and technique.