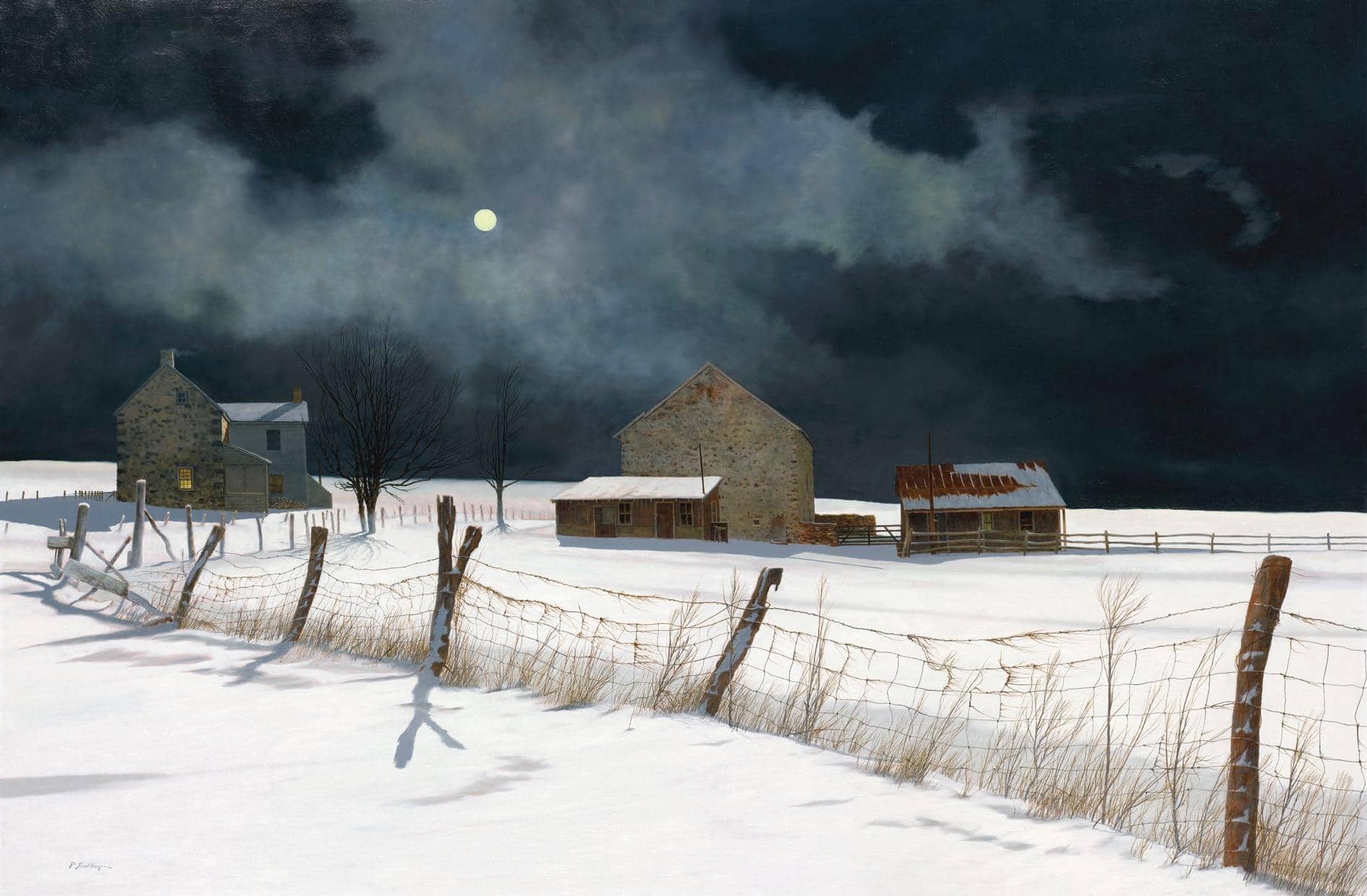 In 1857, Ives became a full partner and the firm of Currier and Ives was born. The company produced thousands of hand-colored lithographs in unlimited editions ranging from 20 cents to $6 each. Palmer (1812-1876) produced over 200 of the company’s scenes although her name doesn’t appear on all of them. She and her husband were commercial illustrators in London and moved to the U.S. in 1844. A critic once wrote that her work had “a boldness and freedom not often exhibited by a female pencil.” Palmer’s output included her famed winter scenes and ranged from floral still lifes to smoky locomotives. Commenting on the popularity of her work one writer noted, “It is likely that during the latter half of the 19th century more pictures by Mrs. Fanny Palmer decorated the homes of ordinary Americans than those of any other artist, living or dead.” 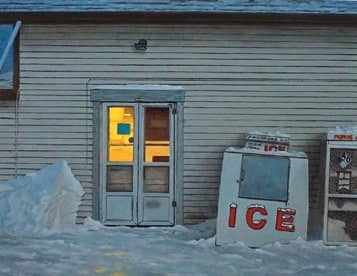 Palmer’s playful scene is one aspect of life living in winter lands. David Vickery portrays its practical and communal side. A warm, inviting light emanates from inside the market while outside, supplies for what some say are Maine’s two seasons—winter and the Fourth of July—sit by their shoveled-out access. Vickery says, “I liked the evening mood of this scene, about 5 p.m. in January, when people are stopping by the store after work, and the beautiful contrast of warmth inside and cold outside, and the messy make-do aspect of winter life.”