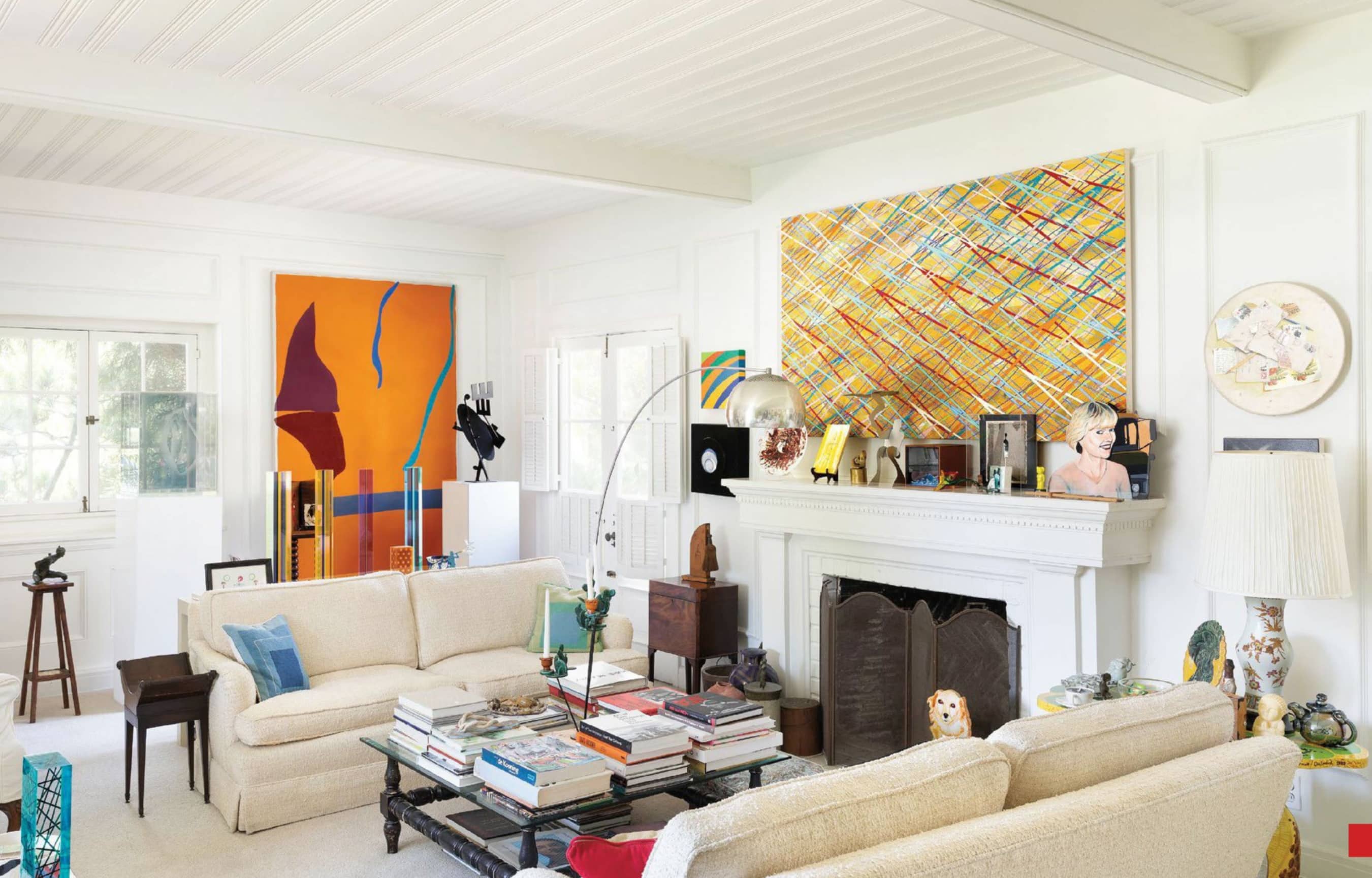 The art collection of Molly Barnes features work by artists who she believes are breaking new ground.

John O'hern
Molly Barnes wanted to be an actress. She was a star of her high school theater productions and her father worked at Paramount Studios. His friends would offer her roles but her mother would dismiss them. Nevertheless, she became a star. Her decadeslong career as a gallerist and curator in New York and Los Angeles can only be called stellar.

She “worked for good dealers,” opened her own gallery in Los Angeles in 1967, and in 1970 an art school for kids in Easthampton, New York, where she met the now iconic artists of the day. Her radio programs introduced artists to the public and she discovered artists such as John Baldessari, Mark Kostabi, Gronk and the photorealist Robert Cottingham. Today, she curates exhibitions and hosts the Brown Bag lunches at the Roger Smith Hotel in New York—while continuing to be a force on the West Coast. In her La Cienega gallery she showed Baldessari, Warren Brandt, Bruce Conner, Cottingham, Don Eddy, Joe Goode, Gronk, George Herms, David Hockney, Steve Martin, Martin Mull, Claes Oldenburg, Ed Ruscha, Victor Vasarely and Andy Warhol.

“I’m not interested in artists who follow the crowd,” she says. “I look for people who are breaking new ground. I want to see something I haven’t seen before. Peace comes when you discover art. Julian Schnabel talks about the peace he feels when he’s doing his work. Often, celebrity artists stop growing emotionally when the reach success. Ed Ruscha says you avoid it by staying ahead of it. When I meet a new artist I ask, ‘Who are the five best artists out there next to you?’”