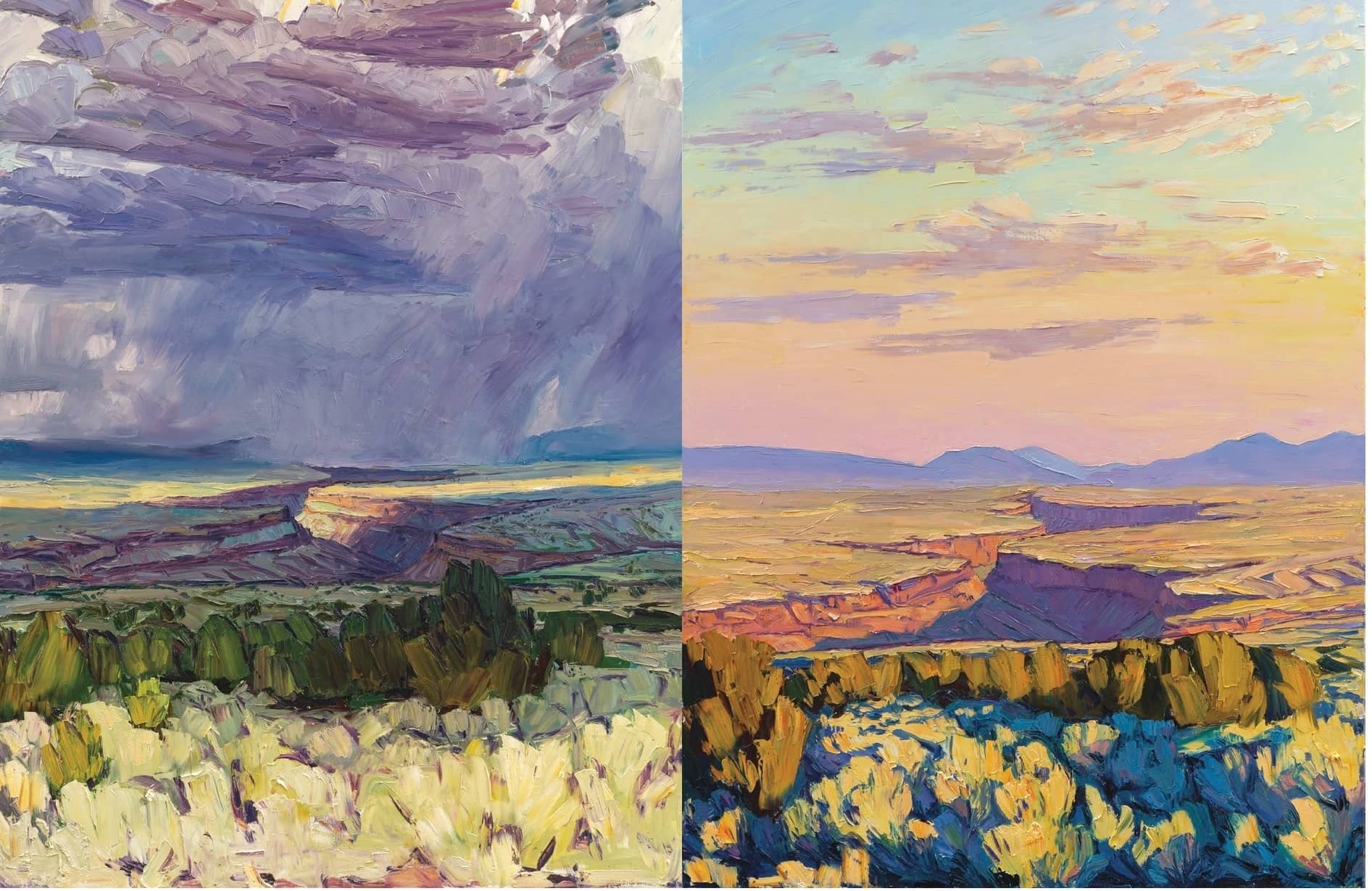 The landscape in and around Taos, New Mexico, is central to Jivan Lee’s latest paintings.

Jivan Lee grew up in the rural New York community of Woodstock, exploring the bucolic landscape of the region. He later earned his bachelor’s degree in biology and his master’s in environmental policy from Bard College. At the same time, he pursued his interest in art. He came to Northern New Mexico to visit a friend, and shortly after his arrival, he became incapacitated with Lyme disease. During his recovery, he started doing environmental consulting and working on sustainable communities. He moved to Taos and taught at Taos Pueblo.

He became captivated by what is called “The Land of Enchantment” and stayed on. “The environmental stuff was part of why I went into painting,” he says. “Something in the art process felt essential and powerful in its potential to directly relate affectively about things that I felt often remained isolated in the conceptual realm in my previous career. I felt like I needed to find a more direct, tactile, emotional dimension of my relationship to landscape and place, and painting has been a most welcome vessel for this.” 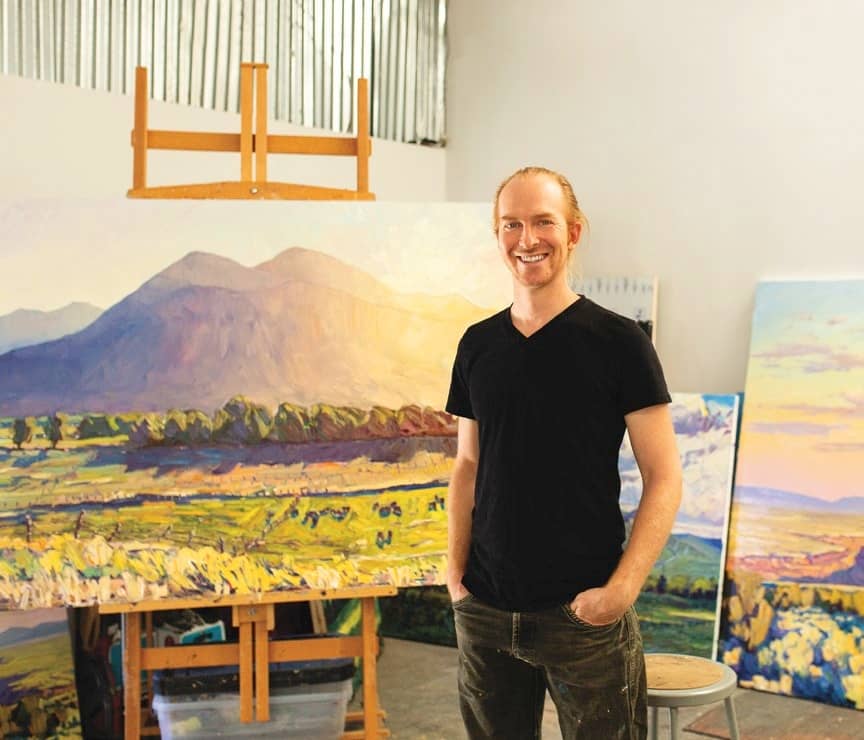 The landscape around Taos is one of highs and lows. Nearby Wheeler Peak rises to over 13,000 feet above sea level and the Rio Grande Gorge is 564 feet deep. The combination is spectacular. There are a number of paintings of the Gorge in his exhibition Jivan Lee: Monument at William Havu Gallery in Denver, November 15 through January 11, 2020.

He explains, “Amidst the changing land use priorities nationally (such as delisting of national monuments) and global debates regarding human habitation and its implications for ecosystems worldwide, Monument scales down to one locale—Taos, New Mexico—with a rich tapestry of intersecting cultures, land use designations and monumentally grand vistas. Monument is an homage to the grand vista and the immersive landscape of northern New Mexico.