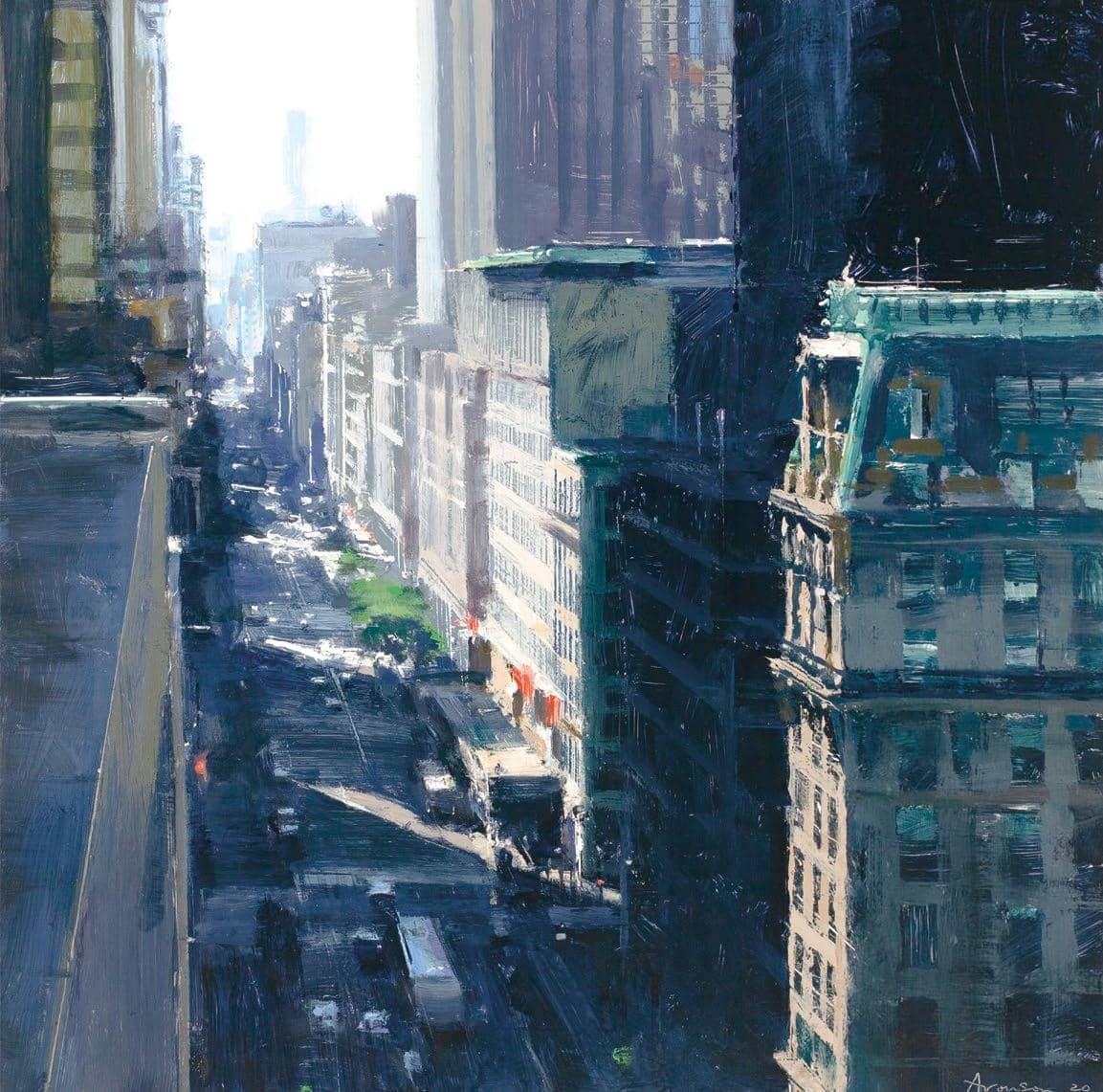 JOHN O’ HERN
Long Island stretches 118 miles from New York Harbor to Montauk Point. It is home to mansions, quaint villages and safe harbors and boasts a long history as an artists’ mecca. William Merritt Chase opened his Shinnecock Hills Summer School of Art in 1891. Childe Hassam purchased a summer house in East Hampton in 1919. Thirty years later Fairfield Porter established a home and studio on the East End. Jane Freilicher began summering in Water Mill in 1957 and built a home there several years later. Even abstract expressionists were attracted to the rural quiet and the non-city light. Jackson Pollock settled in the East End in 1945 and Willem de Kooning had his first studio in East Hampton in 1961.

F. Scott Fitzgerald wrote about the feel of Long Island: “It was dawn now on Long Island and we went about opening the rest of the windows downstairs, filling the house with gray-turning, gold-turning light. The shadow of a tree fell abruptly across the dew and ghostly birds began to sing among the blue leaves. There was a slow, pleasant movement in the air, scarcely a wind, promising a cool, lovely day.”

Ben Aronson is a newcomer to Long Island. Delivering paintings to a Southampton art fair, he discovered the beauty that had enthralled countless artists before him. He observes, “The southern coast is oriented nearly east/west so, essentially, the sun rises and sets on the water. There is a different character to the light when it’s sunny or overcast and it bounces off the water in some magical, mercurial way. The light seems to come from everywhere.”

He has produced a series of paintings for an exhibition, Manhattan to Montauk, at MM Fine Art in Southampton, New York. Known for his painterly, abstracted cityscapes of Manhattan, he has taken the journey of the artists before him, “escaping to Long Island as an antidote to New York City,” to the literally more reflective potato fields, bays and beaches of the island.