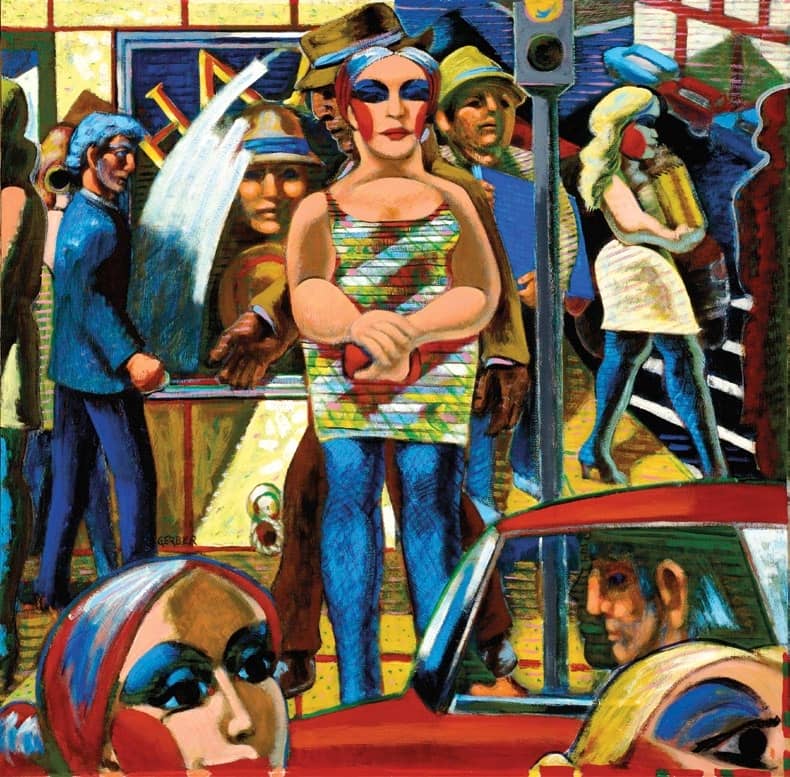 Artist Jack Gerber made a career painting his own view of city life with bold colors and energy that radiates off the canvas.

They show his skill in interpreting the noise and ambiance while stylistically moving beyond reality to exaggerated figures and forms. September 3 to October 2, RJD Gallery in Bridgehampton, New York, will host a retrospective for the 93-year-old artist. Titled Jack Gerber: Life in Color Revealed, the exhibition will feature paintings from throughout Gerber’s career that highlight his contemporary point of view.

“I met Jack Gerber in 1985, and purchased several artworks, long before I was in the art business,” says gallery owner Richard J. Demato. “Jack told me, ‘I’m developing my own mythology, otherwise, according to William Blake, you will be forever enchained by somebody else’s.’ Gerber loves expressing himself, was never afraid of boldness and each canvas is a banquet of colors, and each brushstroke an integral component of the composition as a whole. His art reminded us of the striking characters found in Max Beckmann’s paintings, the German painter of the 1920s expressionist period. Now over 35 years later, we still appreciate Jack and his art, and they still touch our hearts and minds, to live life long and with joy.”