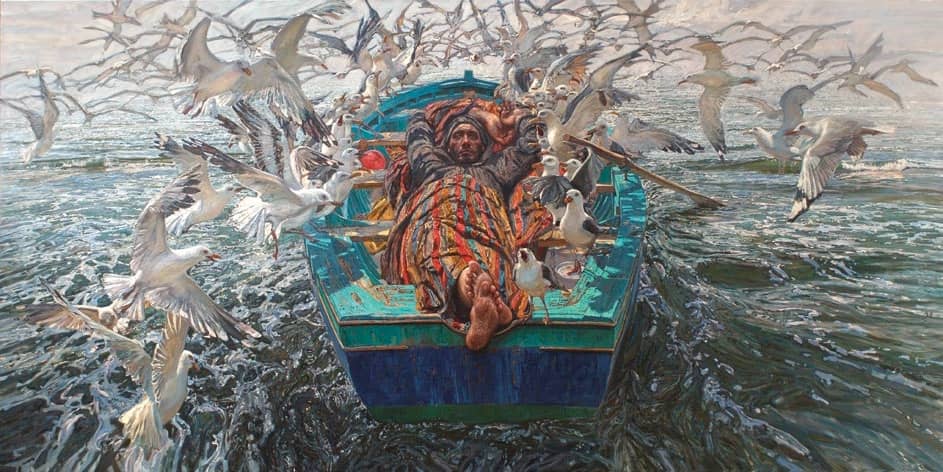 There are many familial ties within the art world, including those of Daud Akhriev, his wife Melissa Hefferlin and his son Timur Akhriev.

The artists have studied in the Russian academic tradition and have built on those ideas to carve their own artistic visions. In January 2021, Cutter & Cutter Fine Art in St. Augustine, Florida, will present an exhibition featuring the work of all three artists, with them making an appearance at the gallery the weekend of January 22 and 23.

Daud, born in the former Soviet Union in 1959, received a master’s degree in fine art from the Repin Institute. He met Melissa, an American, while she was studying at the same school in Leningrad. She invited him to move back to Chattanooga, Tennessee, with her after the school year ended in 1991. Timur was born in Vladikavkaz, Russia, and began studying at St. Petersburg Iaganson Fine Art School at the age of 12. After graduation, in 2002, he immigrated to Chattanooga as well. 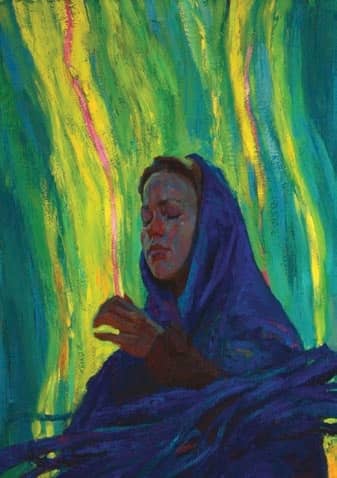 “One of the advantages of a Russian academic education is that one is given experience in a broad range of techniques, and one can respond to a subject and decide which technique would best express the potential of any specific idea,” says Daud. “At the academy, one had to copy an Old Master, and summer students must paint plein air, in addition to many other technical subjects.”

This background has allowed Daud to work in oils, pastel and mixed media, and at the exhibition at Cutter & Cutter Fine Art collectors will find paintings in all mediums. For the show, Daud will concentrate on the theme of “individualism, strong people who find their way in a turbulent world.” Included is his masterwork His World, a 7-by-14-foot painting from his Weathered People series that touches on maintaining integrity in a tumultuous world. There also will be new works that feature two female figures.