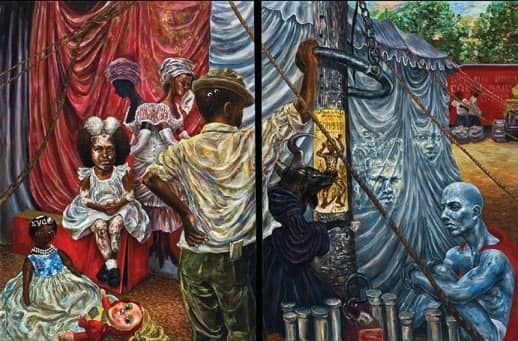 June 29 through July 25, RJD Gallery in Bridgehampton, New York, will present three concurrent exhibitions featuring some of its best gallery artists who are known for their unique take on contemporary realism.

“Full of facts, dreams and fantasy,” gallery principal Richard Demato says, “they all dive deep into their subconscious to paint and expose their souls, composed of so many creative rainbows of vulnerability.”

The first exhibit, Still Standing, features the work of Frank Oriti, Jorge Santos and Stefanie Jackson, who paint people—past and present. In that grouping is Jackson’s diptych Medicine Show: Congress of Freaks. Describing the work, she says, “In 1925, a photo of circus sideshow performers was titled Congress of Freaks and sold as souvenirs. Medicine Show: Congress of Freaks, a painting in the series Only Skin Deep, is an interpretation of these circus sideshow acts, and is based upon historical characters that truly existed and performed to survive. Some, such as Millie and Christine, performed as slaves and then free women. Others performed into the 1930s and 1940s.” 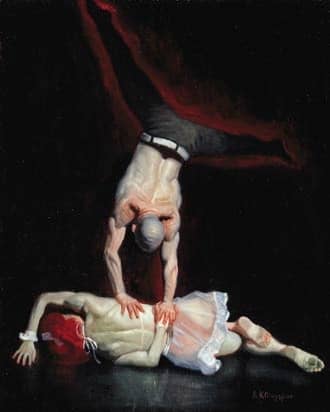