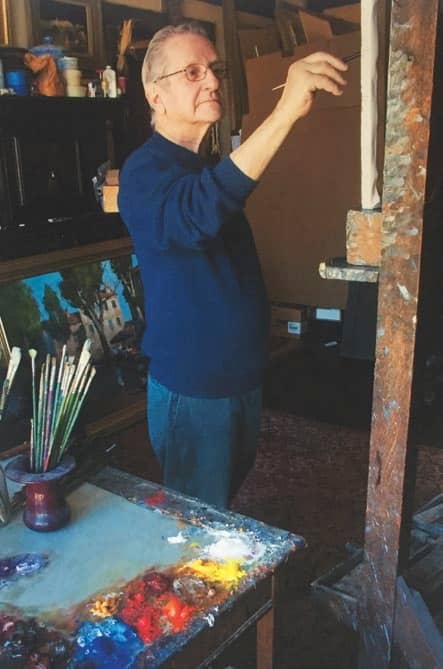 Tom and T.M. Nicholas have a shared passion for the land and sea of Cape Ann, Massachusetts.

Gloucester, Massachusetts, with its deepwater harbor on the Atlantic Ocean, was established in 1623 and was first a port for trade and then all things maritime, from fishing to sail-making. The harbor and coves teeming with sailing vessels and the extraordinarily picturesque landscape and seascape then began to attract artists. Gloucester and the neighboring Cape Ann town of Rockport lured artists who were or would become members of the pantheon of American painters—Fitz Henry Lane, William Morris Hunt, Winslow Homer, Childe Hassam, John H. Twachtman, John Sloan, Edward Hopper, Stuart Davis, Jane Peterson and Marsden Hartley among them. 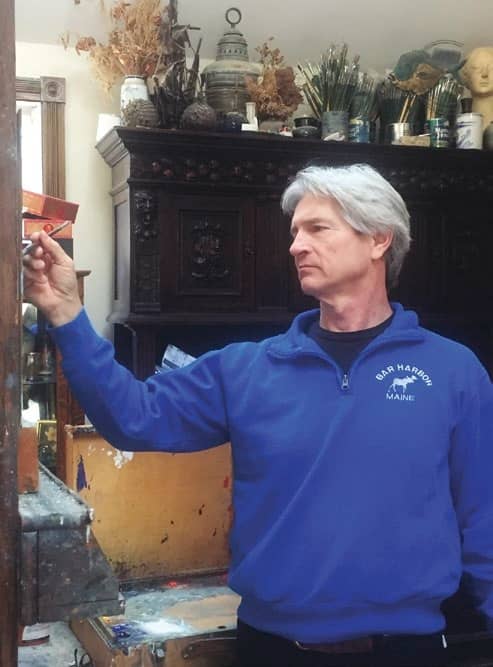 Frederick J. Mulhaupt (1871-1938) arrived for the first time in 1907, eventually settling in Gloucester in 1923. He declared Gloucester “duplicates any views I care to paint.” He was a founding member of the North Shore Arts Association, which, along with the Rockport Art Association, continues to focus and vivify the artistic life of the community. In her 2000 book, Artists of Cape Ann: A 150 Year Tradition, Kristian Davies relates, “Although he had the deepest respect of his students who recall his encouraging style of instruction, always critiquing but never altering their canvases, they also remember him as being a very quiet, perhaps introverted man who preferred painting alone to socializing in artists’ circles.” Critiques are an integral part of training in the arts as they were in the training T.M. Nicholas received from his father, Tom Nicholas. Tom and his wife, Gloria, moved to Rockport from Connecticut in 1962, attracted by Tom’s interest in the Cape Ann artists. T.M. was born the following year. “I studied with my father because I most respected his work above everybody else’s,” T.M. explains. “He observed very well,” Tom adds. “It’s rewarding to see how he developed after studying with me for two years.”