The quest of a lifetime 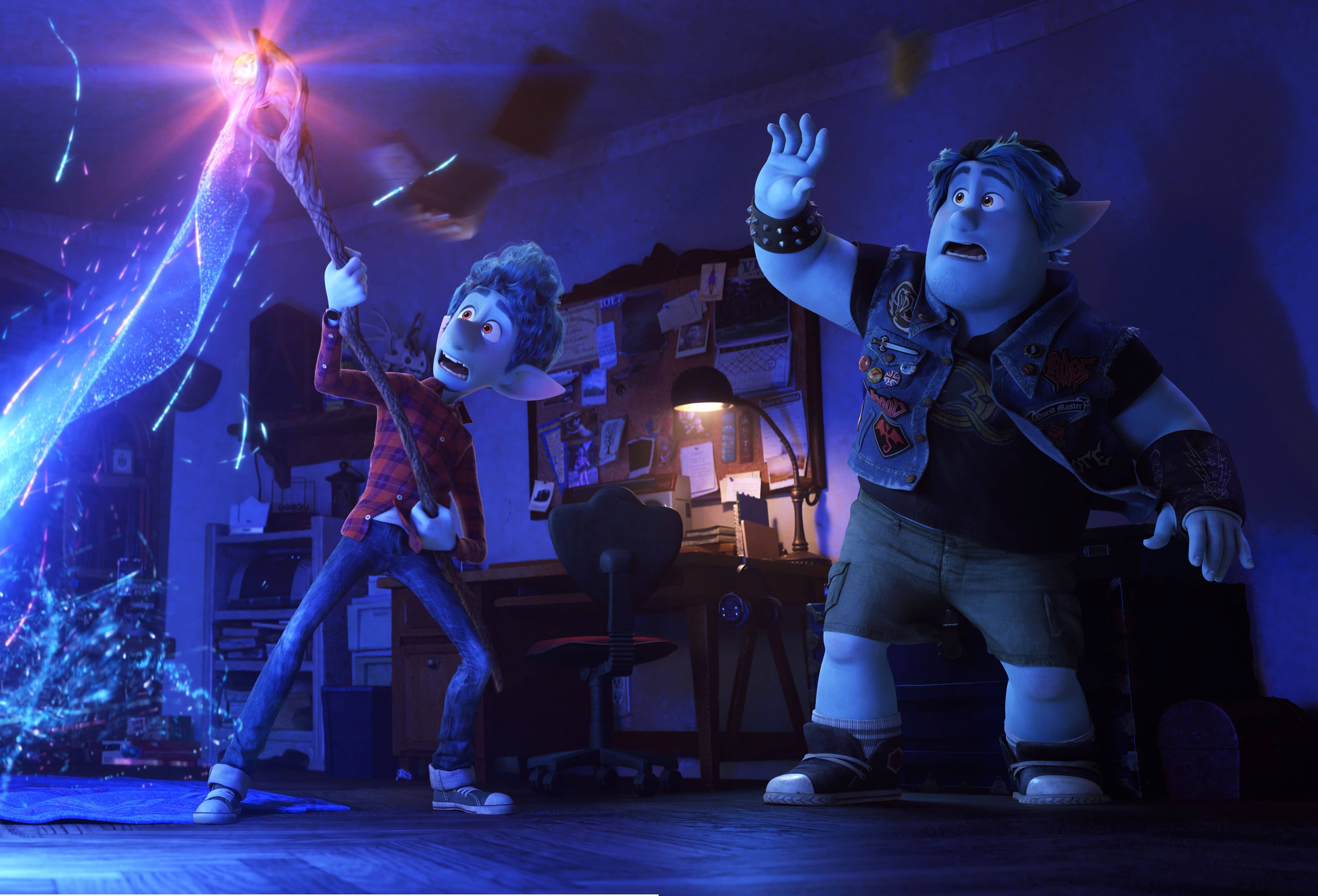 For the past 34 years Pixar has been at the forefront of the computer-animated film, pushing the boundaries of technology and storytelling alike. Now, on their 22nd outing, the pioneering studio is finding new ways to hone their craft and enchant audiences around the world. Onward introduces two teenage elf brothers, Ian and Barley Lightfoot, and their quest to spend one more day with their dear departed father, using what little magic is left in the world.

The film is a deeply personal one for its director, Dan Scanlon. “The story is inspired by my own relationship with my brother and our connection with our dad who passed away when I was about a year old,” he explains. “He’s always been a mystery to us. A family member sent us a tape recording of him saying just two words: ‘hello’ and ‘goodbye.’ Two words. But to my brother and me it was magic.”

“That was the jumping-off point,” continues Scanlon. “We’ve all lost someone, and if we could spend one more day with them – what an exciting opportunity that would be. We knew that if we wanted to tell that story that we’d have to set the movie in a world where you could have that incredible opportunity.”

After working together on 2013’s Monsters University, Scanlon reunited with creative partner Kori Rae to pitch an original story to Pixar. “After Monsters University we both knew that we wanted to make a personal story and we went into development with that in mind, both just starting to unearth our own personal histories,” Rae tells 3D World. When the pair hit upon Scanlon’s story they realized its potential to connect with audiences in a way that was both heartfelt and fun. The next step was to envision the world in which such a story could take place.

The pair explored numerous options before landing on the modern fantasy world of Onward. “We tried so many different things early on,” recalls Rae. Scanlon adds: “We tried settings where the brothers were just human scientists, building a machine that would bring their father back. The reason we ended up with a fantasy world was frankly that we needed a device to bring the father back, and although the science idea technically checked that box it felt a little cold and clinical.”

Once they had decided that magic was the answer to bringing back the boys’ dad, Scanlon and Rae began to flesh out the world around Ian and Barley. “We knew they were going to go on a journey,” adds Scanlon, “so the idea that this would be a quest film lined up with a fantasy world.” As Pixar’s first foray into the fantasy genre, the pair wanted to ensure that Onward offered something new. “We weren’t that interested in doing a period piece or the kind of old-time fantasy genre film that audiences are used to,” says Rae. “We thought, what would it be like if we turned this into a modern-day fantasy? Kind of like our world, but with fantasy creatures and environments.”

Working with production designer Noah Klocek and cinematographer Sharon Calahan, Scanlon and Rae then set about designing Onward’s modern fantasy realm. Keen to eschew the often dark and gritty aesthetic of fantasy cinema, the team set their sights on something more fun. “We would deliberately look at some garish fantasy art and try to find the beauty in it,” laughs Scanlon. “What we came around to was color. Particularly lots of warms and cools, a full-ish color palette. Sharon then found out how to adapt that in a way she could live with.”

The end result is a world awash with primary colors and theatrical lighting, both of which combine to present scenes that are unfamiliar to the fantasy genre in a way that feels familiar for audiences. “We tried to find analogous moments,” Scanlon adds. “There’s a scene where the brothers’ van runs out of gas and it reminded us of moments in fantasy movies where they get stuck in a swamp or something, so we lit the whole scene very green and wet. It was a lot of fun to try to keep a sense of wonder and whimsy in a very mundane situation.”