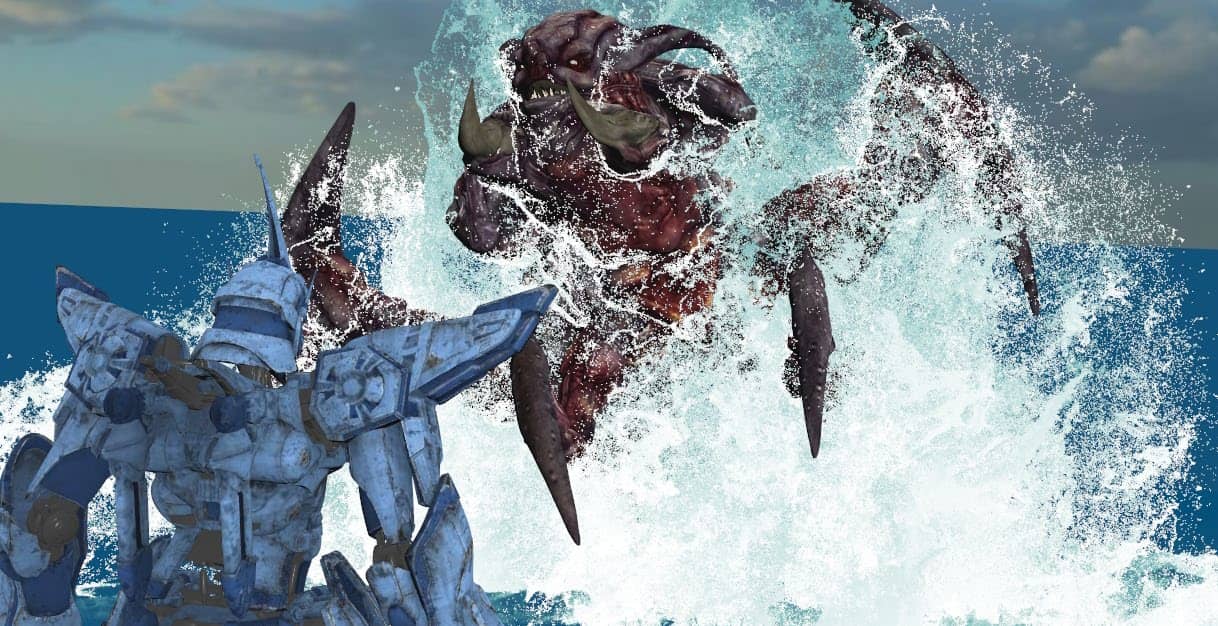 3D World: It has been a few weeks since the reveal of Houdini 18. You were one of the artists who was working with SideFX before the public launch, using the new adaptive pressure projection for FLIP fluids. What do you think about this new feature, and how does it compare to performance and timesavings in older versions?

An Adaptive solver is solved on an adaptive (octree) background grid to significantly improve performance over solving with a uniform grid. In order to maintain high resolution details in the simulation, a band of fine grid cells are constructed along the boundaries of the fluid. The grid is then progressively coarsened into the interior of the fluid. To minimise the difference between the adaptive and uniform grid pressure solves, the adaptive pressure is upsampled and smoothed back to the uniform grid before updating the velocity field.

An Adaptive solver helps on FLIP tank setups and it can speed up your simulation up to 1.5x-3x, but keep in mind that to gain the most out of Adaptive, you should have proper depth in your simulation. A shallow river will not benefit that much from Adaptive, compared to a large ocean with 5m-20m depth tank. On a shallow example, there is no room for Adaptive to happen. I did a lot of comparison examples where you can see how non-Adaptive and Adaptive work on the same shots, and where it is better to use one over the other.