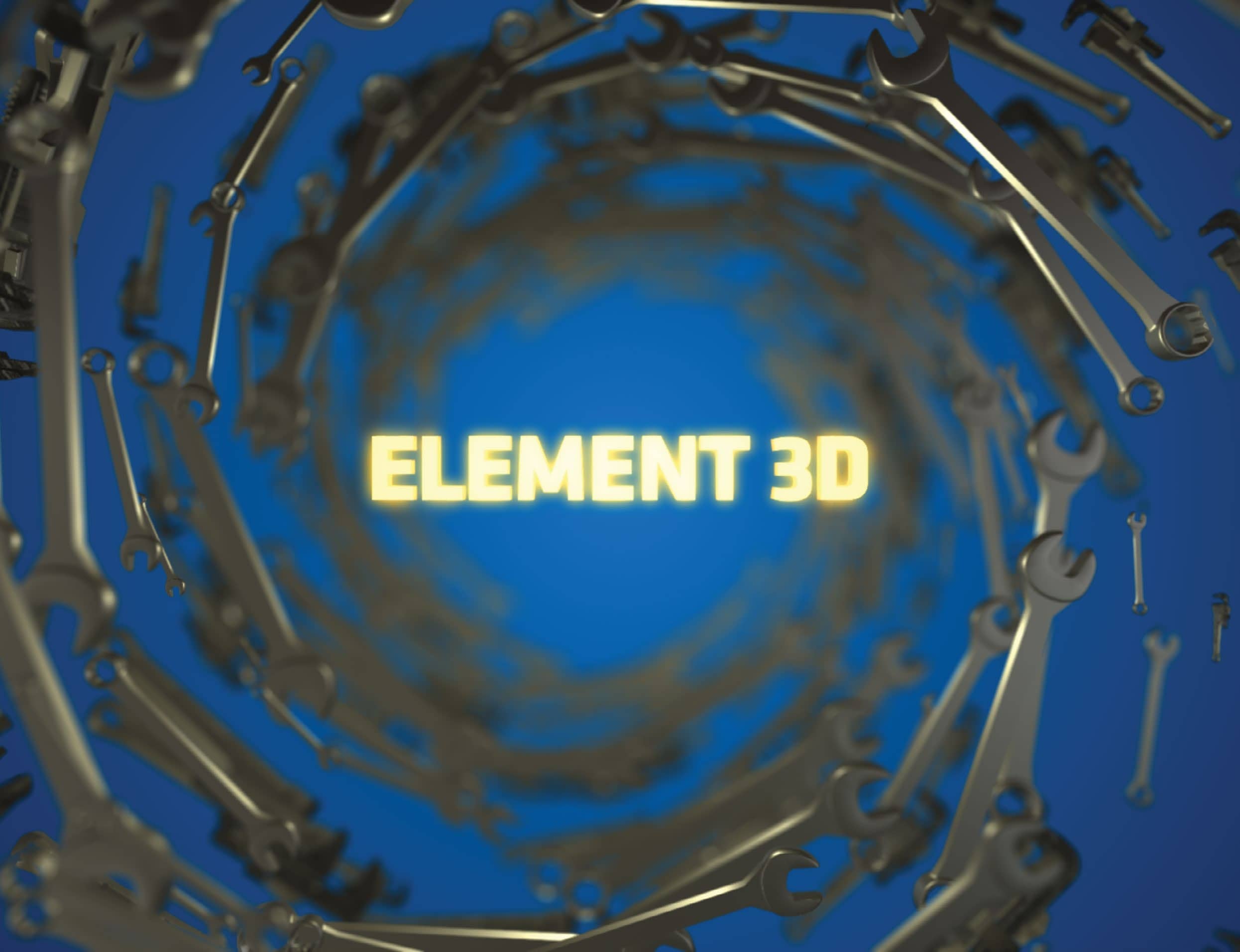 After Effects is the motion graphics and compositing workhorse for studios and artists globally. However, compared to its competitors, out-of-the-box After Effects lacks true 3D capabilities. The team at Video Copilot realised that this was a feature they could fill, and so Element 3D was born.

Element 3D is effectively a 3D animation application within After Effects. Element 3D uses an advanced real-time render engine to make 3D objects look almost as good as if they were coming directly from a full 3D application. With advanced features such as motion blur and depth of field and the capability to play well with other 3D-enabled After Effects plugins, artists can (and do) use Element 3D for a range of work from corporate animation to full-feature VFX.

Element 3D comes with a series of basic shapes that can be textured, sized and lit within the Element 3D interface. Then within the After Effects interface, an artist can animate and replicate these objects to their heart’s content.

Element 3D proven production development shows itself in features such as the ability to attach models to After Effects nulls. This makes animating Element 3D objects much more straightforward than just using the application’s effects palette alone. Element 3D objects can be easily animated with other After Effects 3D plugins that can make particles, allowing the creation of a jet plume from a fighter jet without the need to touch a volumetric simulation.