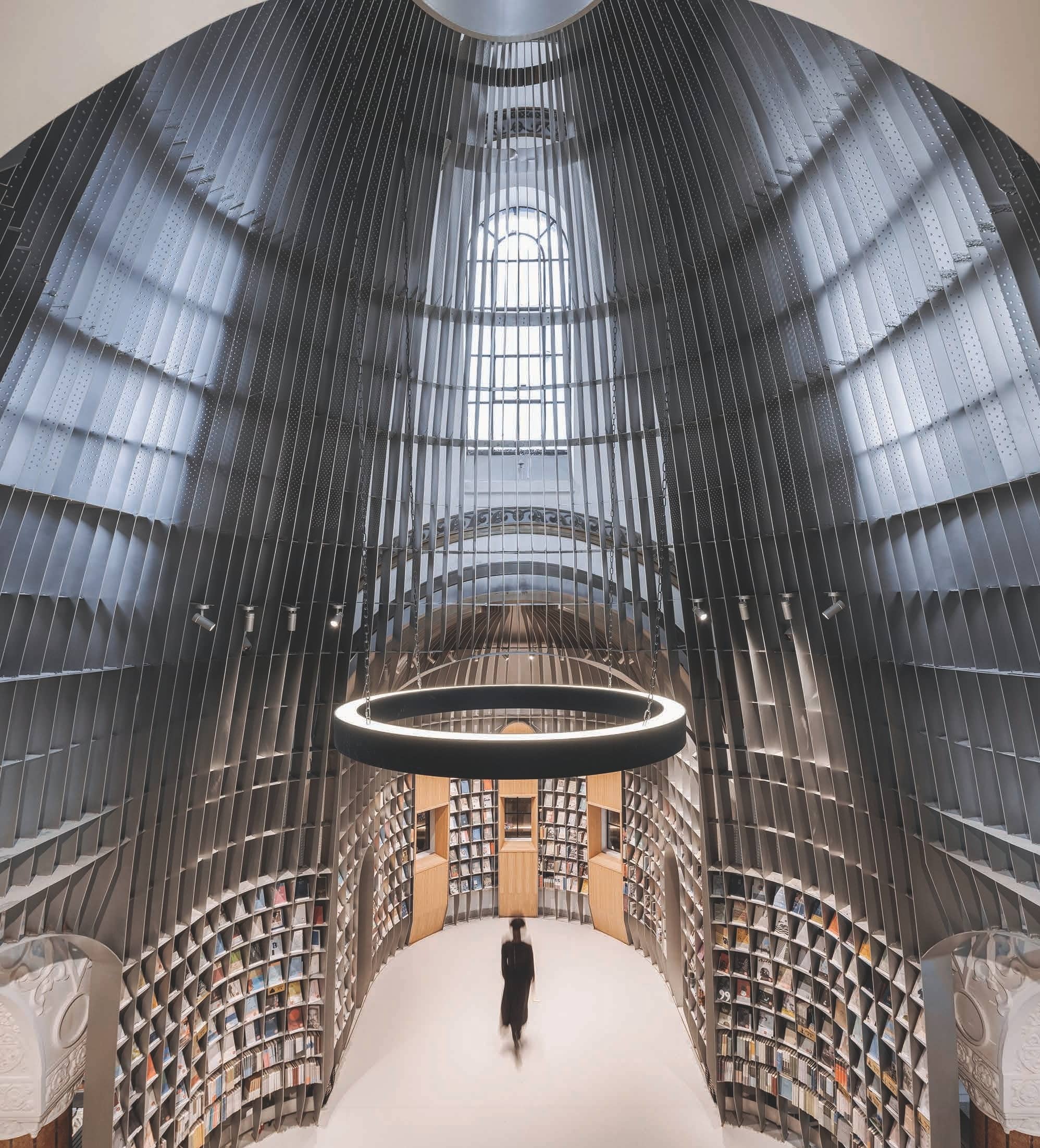 A historical russian orthodox church in shanghai is resurrected as a poetry bookstore with a futuristic book display system that highlights the building’s heritage details.

Set on a thoroughfare in Shanghai, China known for its well-preserved, European-style historical architecture, it turned the landmark building into a poetry bookshop named Sinan Books.

St. Nicholas Russian Orthodox Church at No. 16 Gaolan Road was built in 1932 in the typical Russian orthodox style with onion dome spires.

One of the more outstanding historical buildings in Shanghai, it has, over the last few decades, been used as an office, factory, warehouse, canteen, private residence, a club, then restaurant, before it was abandoned. 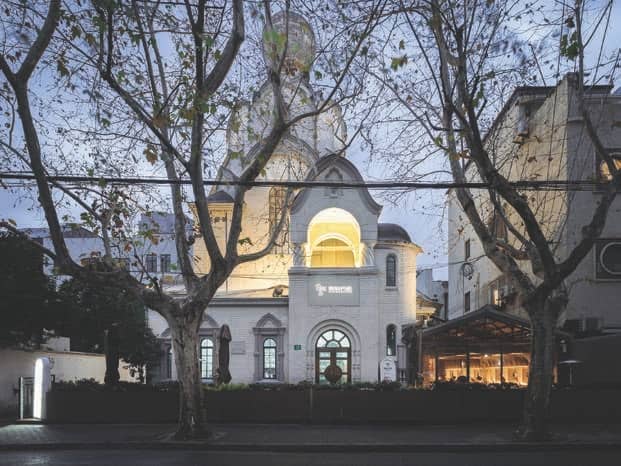 “The first time I entered the church, I felt like I was standing in the middle of the ruins of a maze,” says Wutopia’s lead architect Yu-Ting.

“But after my eyes adjusted to the darkness, I could see the remnant details of the different architectural styles along the walls and ceilings.

“Additions and ornamentations from different eras in Shanghai’s history had been integrated into the interiors of this old church.”

This meant that no alterations could be made to the building’s existing façade, structural system, basic floor plan or the interior details on the walls and ceilings. 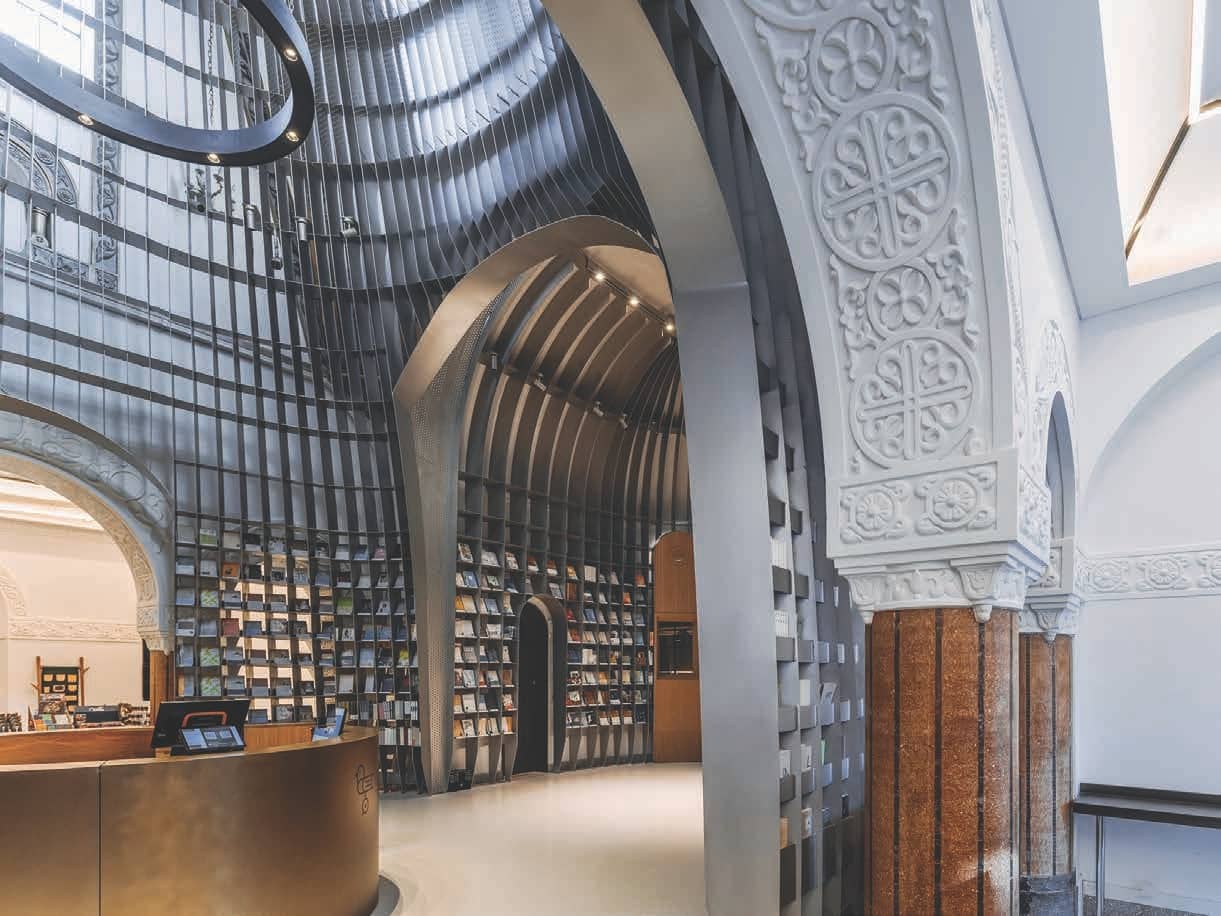