On the west bank of Nanchang City’s Xianghu Lake is the Waterfront Art Gallery. Designed by Shanghaiheadquartered Lacime Architects, it is an art museum that’s both an architectural landmark and a gateway connecting the city’s urban and nature zones.

The project is commissioned by China Vanke – one of China’s leading urban and rural development and living services providers.

Its design evolved as a response to its surrounding geography, and is a striking contrast of massive volumes and green, manicured grounds.

The gallery sits between the intersection of Zhenjun Road and Yunjin Road, serving as an entryway from the city into a riverside. 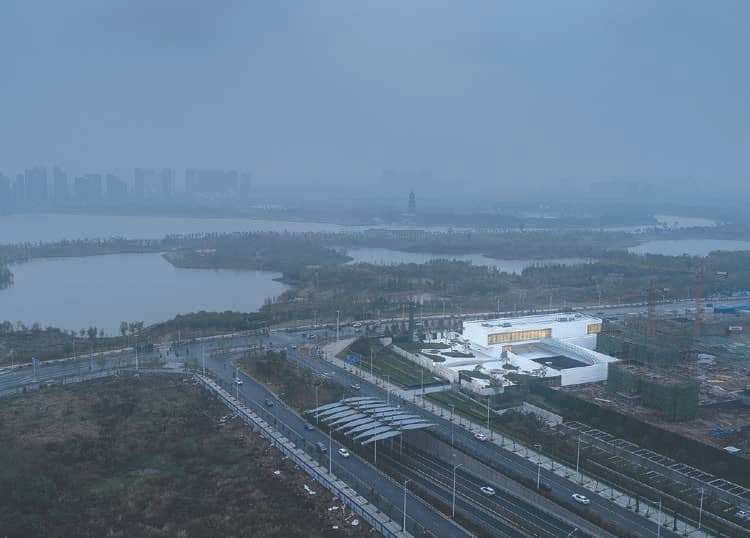 SHAPED BY THE CONTEXT

The Ganjiang River separates the eastern and western sections of the city, and is the defining feature of Nanchang.

On the east, where the tributary Fuhe River flows into Xianghu Lake before emptying into the Ganjiang, is a forested riverside recreational park with pedestrian trails. To the west are high-rise towers of a new town development.

One of obstacles the Lacime team faced was the existence of multi-lane highways that cut the museum’s site off from the riverside park.

To circumvent this obstacle, and to open up the museum to the park landscape, they designed the museum’s main structure as a narrow, box-girder-like, rectangular volume with its longest side overlooking the river to the north and south. 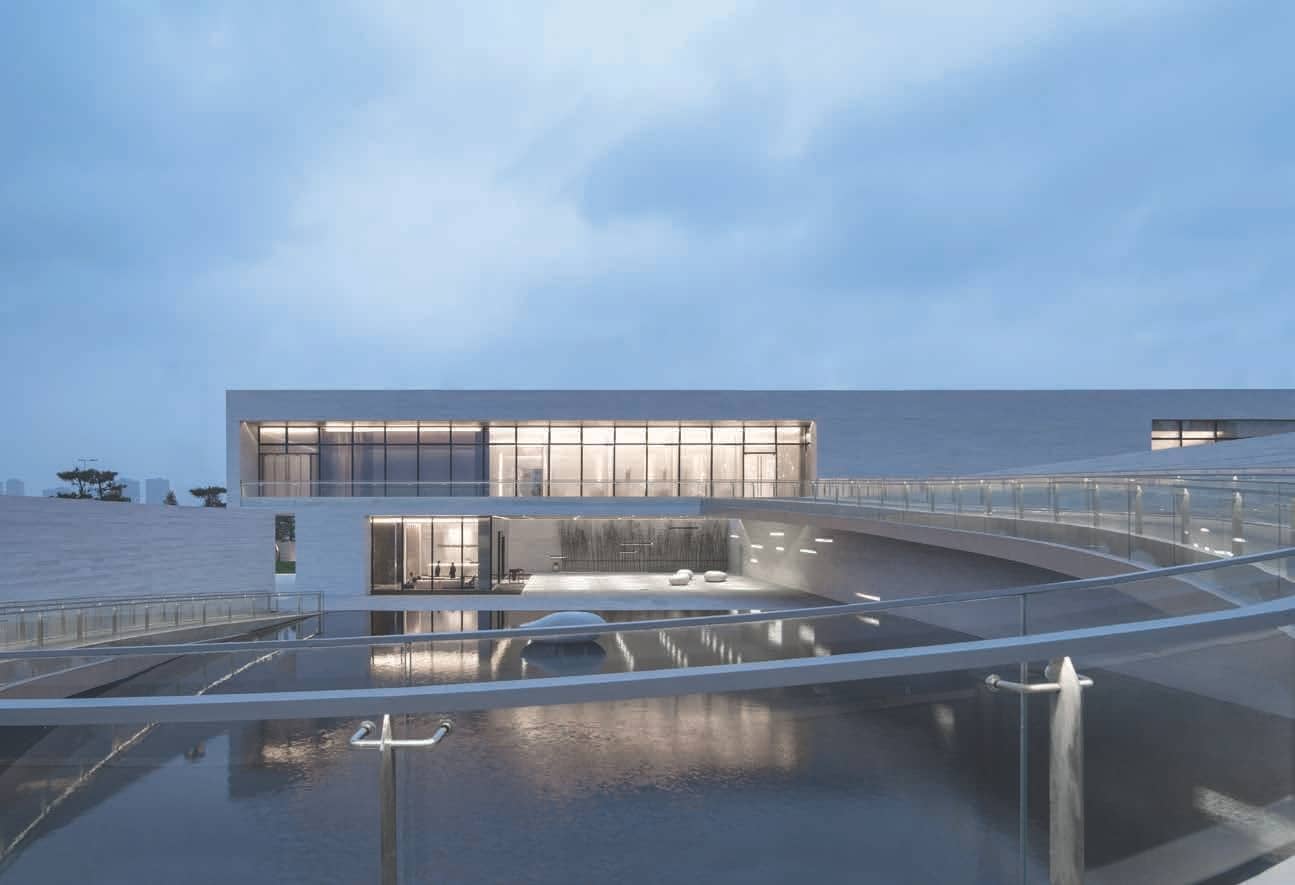