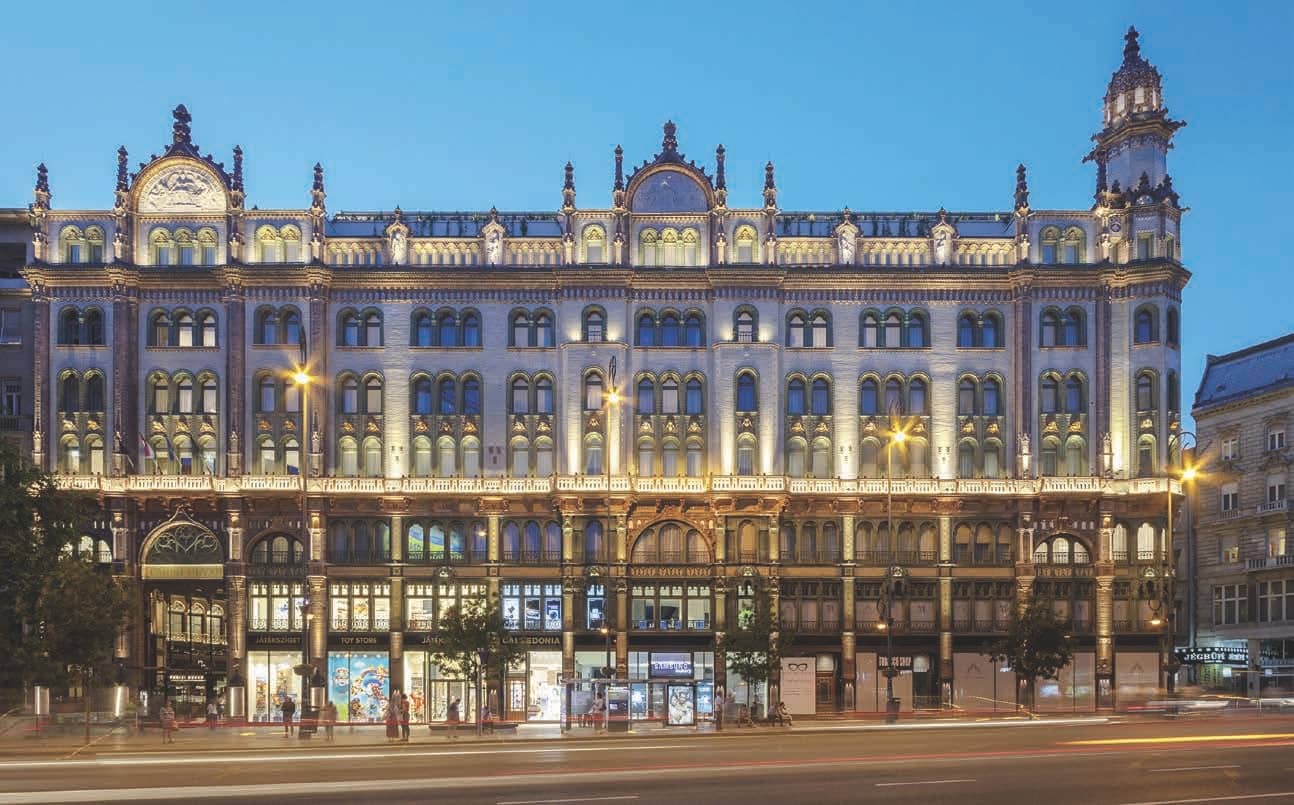 Altered and abandoned after the wartime events of the 20th century, Budapest’s Opulent Párisi Udvar has been masterfully restored as a luxury five-star hotel.
Pearlie Tan

In its illustrious heyday, Párisi Udvar epitomised the cultural opulence of the Belle Epoque in Budapest, Hungary.

Inspired by the Passage des Panoramas in Paris, the cathedral-like arcade housed a collection of luxury boutiques and was a popular meeting place for locals.

Built between 1909 and 1911 on the ground floor of the City Savings Bank headquarters, the arcade was famous for its striking hexagonal cupola, elaborate stained glass by Miksa Róth, Luxfer glass prisms patented by Frank Lloyd Wright and mosaic floor tiles by Villeroy & Boch.

The highly decorative exterior was clad with artisanal Zsolnay ceramics and the towers adorned with stone grotesques.

After the outbreak of World War I and the ensuing tumult of war and revolution in Hungary, the monumental seven-storey edifice was left in a state of great disrepair.

Although the evocative interior had been used as a location for films and fashion shoots, Párisi Udvar had been abandoned for some time when Archikon was commissioned to restore the building as a 110-room hotel, which is now part of The Unbound Collection by Hyatt. 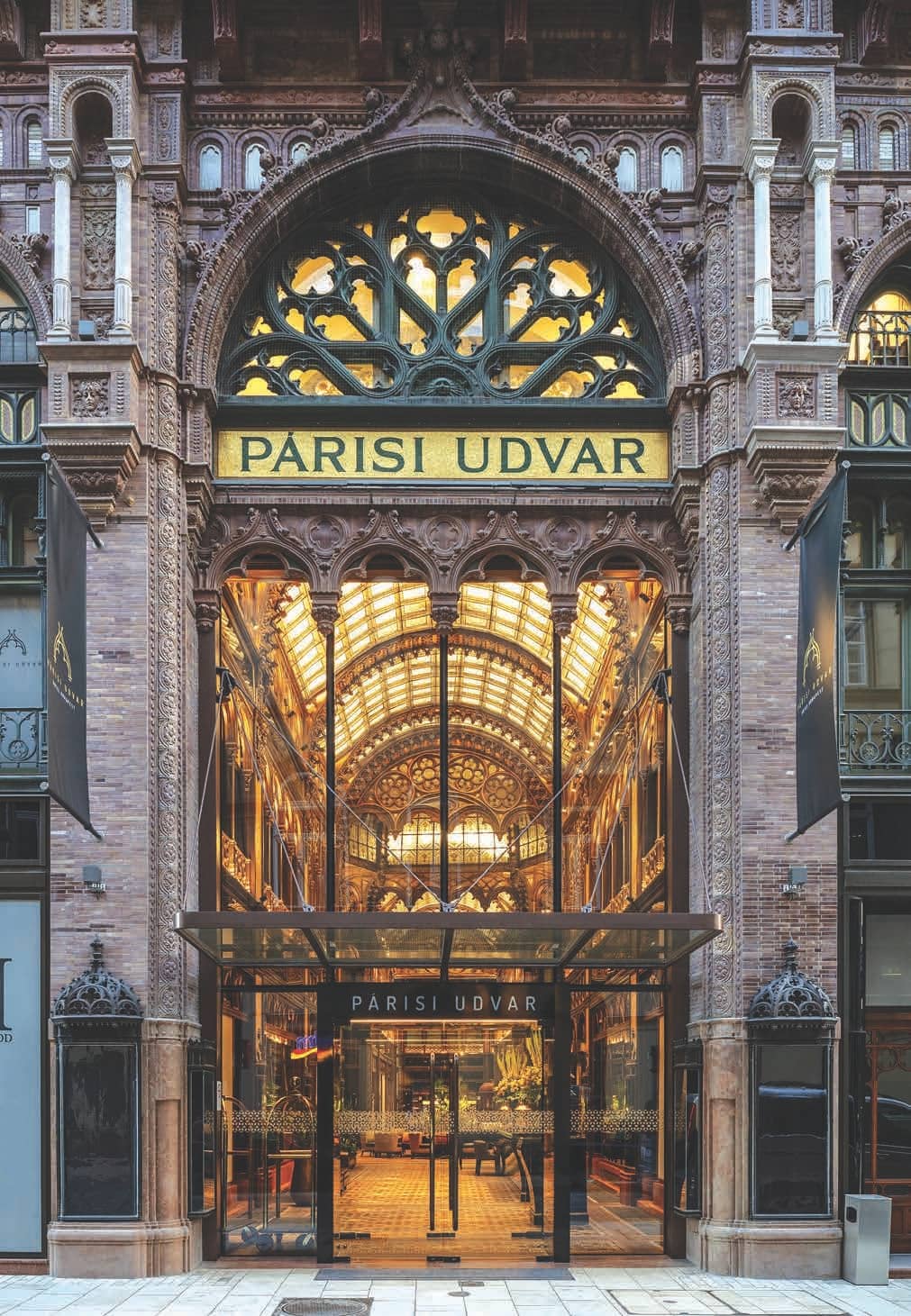 PRESERVING THE TREASURES OF THE BELLE EPOQUE

According to the lead architect at Archikon, Csaba Nagy, the overarching aim of the project was to “investigate the original idea and give the passage back to the public”.