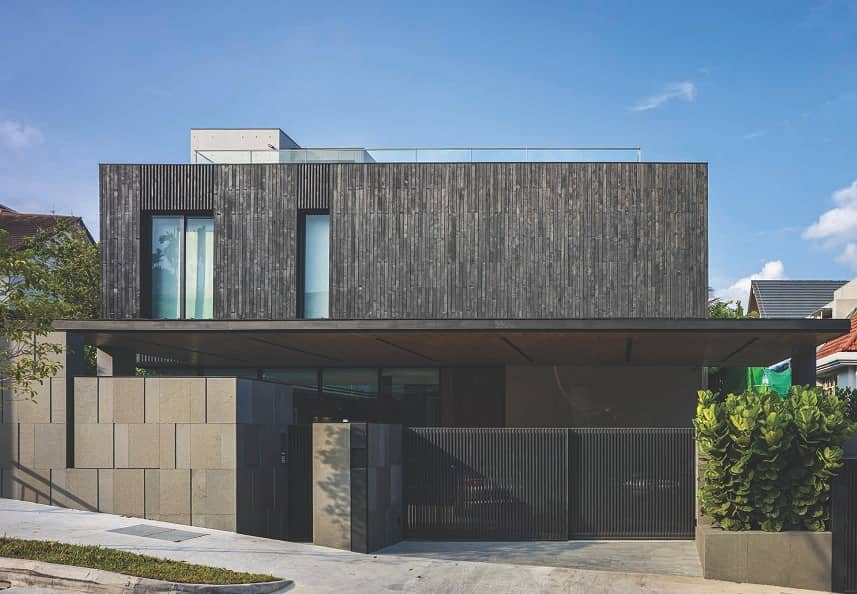 THE TOPOGRAPHY OF THE SITE OF THIS HOUSE LED K2LD ARCHITECTS TO MAKE ADJUSTMENTS RESULTING IN UNCONVENTIONAL DESIGN HIGHLIGHTS.

Set on a slope in the undulating Namly neighbourhood in Singapore, Courtyard Variant House is designed by K2LD Architects and born from its topographical context.

Because the site terrain is elevated on the eastern and southern sides, and depressed on the western end, K2LD’s Director Ko Shiou Hee arrived at the solution of orientating the length of the house to face the northwest.

That it would result in the building receiving the heat from the afternoon sun did not deter him.

Instead, Ko modelled it in the shape of the letter C, which allowed for a modified version of a courtyard to be inserted between the two wings and double as a focal point.

Wrapping the façade of the second floor overlooking the courtyard is a custom-made, porous screen made up of numerous individual panels of wire-brushed, blackened teak fixed in place, but tilted at different angles to give the courtyard a sense of movement.

“The idea of a dynamic-looking screen in order not to block the view to the sky completely, and yet create an irregular pattern when shadows are cast in the house, caught the imagination of the client,” he explains. 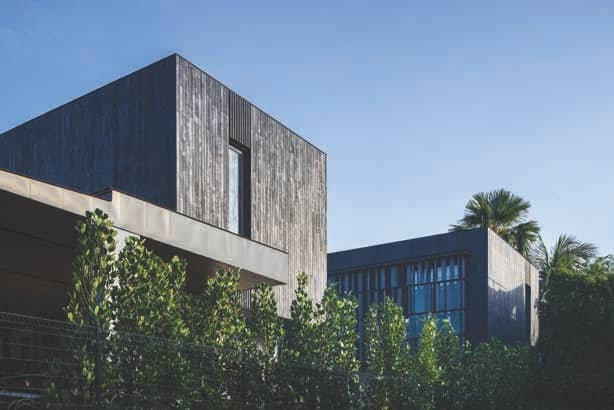