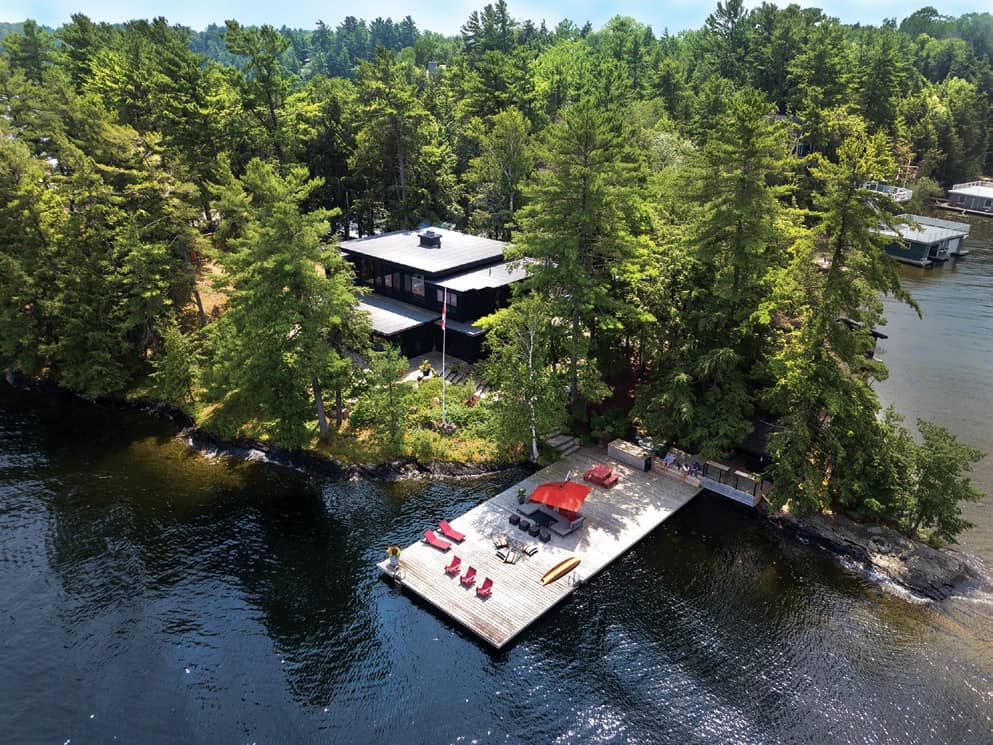 The house was originally built in 1959 and was designed by a member of the Harvard Five w New Canaan, Connecticut, USA. It stayed within the family for which it was built until Tamara Bahry and her partner Rob White bought it in 2014. Tamara fell in love with the original design the moment she saw it and loved all the wood and glass. The location was perfect: it was built on a point, with views to all sides, lots of privacy and only 30 feet from the water. Alhtough the house was painted black, it was called ‘The White House’.

The White House has quite a history as it was designed by a member of the Harvard Five from New Canaan, Connecticut, USA. This a group of architects that settled there in the 1940s: John M. Johansen, Marcel Breuer, Landis Gores, Philip Johnson and Eliot Noyes. They were all influenced by Walter Gropius, who founded the Bauhaus in 1919, and thereafter became head of the architecture program at Harvard. The house stayed within the family who commissioned it until Tamara bought it in 2014. It is located at a rocky tip of land in Lake Rousseau, one of the Muskoka Lakes in Ontario, Canada.

At that time the cottage needed lots of work. The original materials did not survived the harsh winters of Canada and all the electrical and wiring had to be replaced. Tamara’s goal was to keep the integrity of the original design yet to update the house with larger windows, higher ceilings while removing the galley kitchen and adding a floor. She also insisted to keep some large inside walls to display her photography. As a Fine Art Photographer Tamara wanted to ensure that there were some large inside walls to showcase her photography. Some of her collections are water and nature inspired abstract images taken in the surroundings.