GRIMM TO THE LIMITS 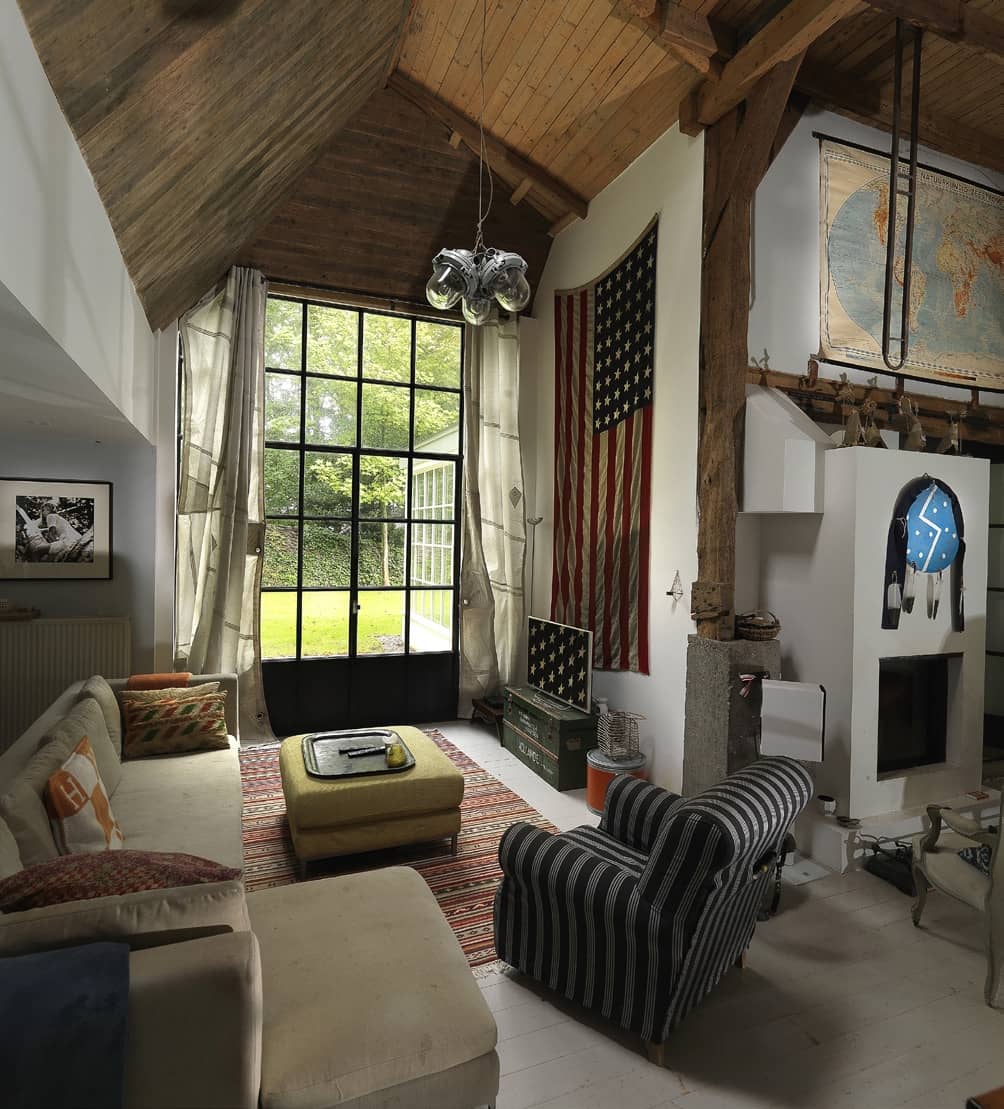 The location of the house is special, it could have come straight out of a painting from a 17th-century Dutch master. The spot, Wierdijkje, can be found on maps as far back as the middle ages. Meadows lined with trees moulded by the sea wind, a path that disappears amongst shrubs and, in the distance, the dunes. It is a protected area, so for the time being nothing will disturb this idyllic picture. This is the coastal stretch of the province of North Holland, where the wind has free play over the land, where Jorg and Hannah Grimm bought an old ́ stolp´ farmhouse, aiming to transform it into a weekend home where art is the binding element. Here they find peace in their otherwise exhilarating life in the art world.

The house was built in 1905 as a ´stolp´ farmhouse on the foundation of a much older farm. The noble family of Van Stolk, owned the majority of the land in the vicinity. At the beginning of the last century, the family essentially gave around 1000m2 to their friend, the painter Jaap Min.

He raised his 6 children on the farm and painted in the old stable. He raised the ceiling in the central part, to create more light and space for his artistic activities.

When Hannah and Jorg Grimm bought the place in 2014, the old ´stolp´ farmhouse was in such a dilapidated state that the place was offered simply as a building plot. The family actually found it a lovely idea that the Grimms wanted to keep the house and restore it so they chose to sell it to them.