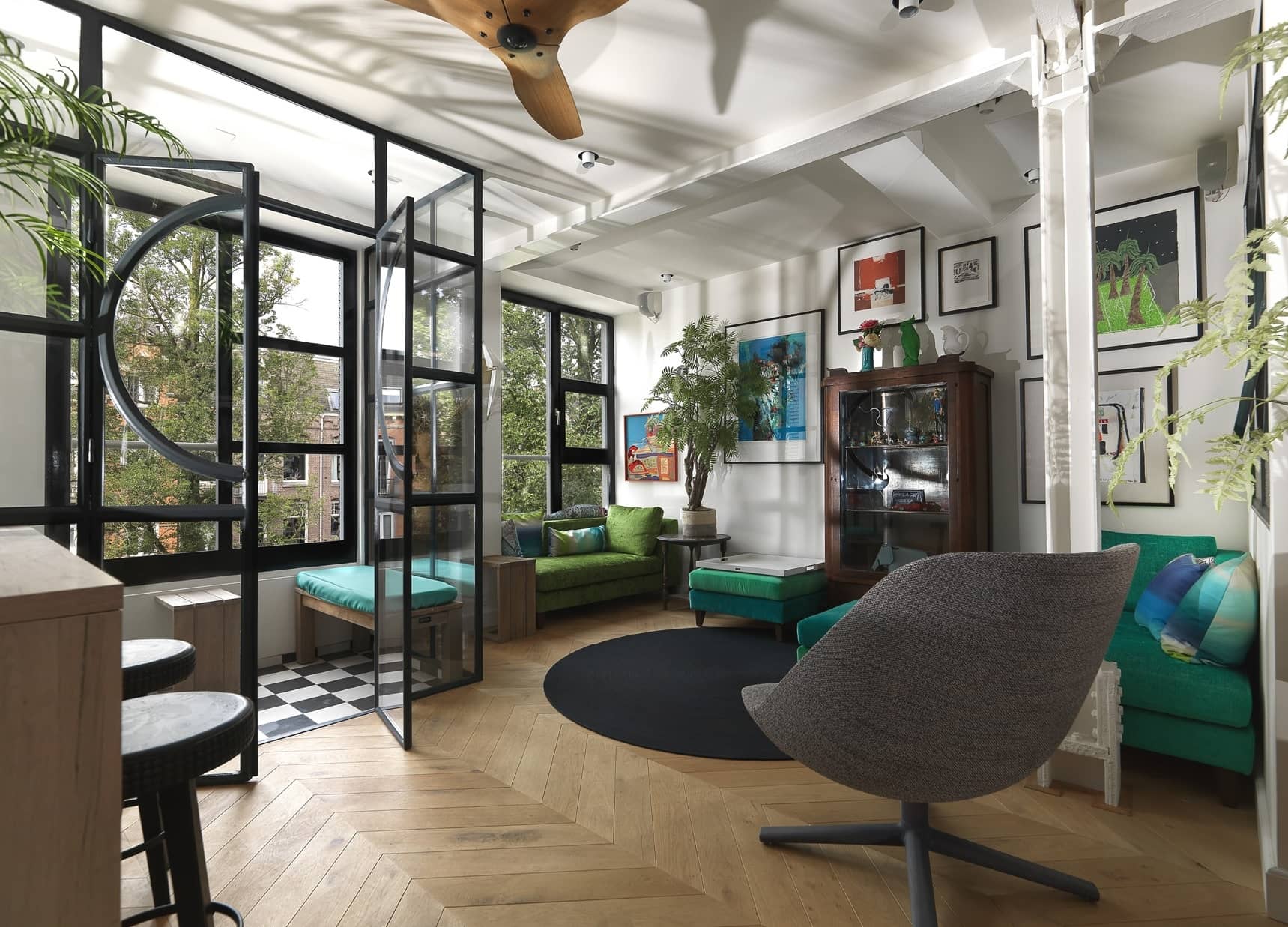 The apartment in the centre of the Dutch city of Amsterdam, was designed by Debby Dunand for Lot1038, an interior specialist based on the Caribbean island of Curaçao founded by Ruud Zegwaart. She wanted to create a 70m2 apartment with a Caribbean colourful flavor and with the allure and chic Parisian feeling.

The apartment is situated in a former distribution centre for the South Holland Brewery from The Hague. Until the mid-twentieth century, this was one of the most renowned breweries in the Netherlands, it even received the Royal designation of Beer Supplier to the Crown.

At the beginning of this century it was developed into an apartment complex. When Ruud Zegwaart and Debby Dunand bought their apartment in 2016, they could start from scratch with making everything they had imagined a reality. 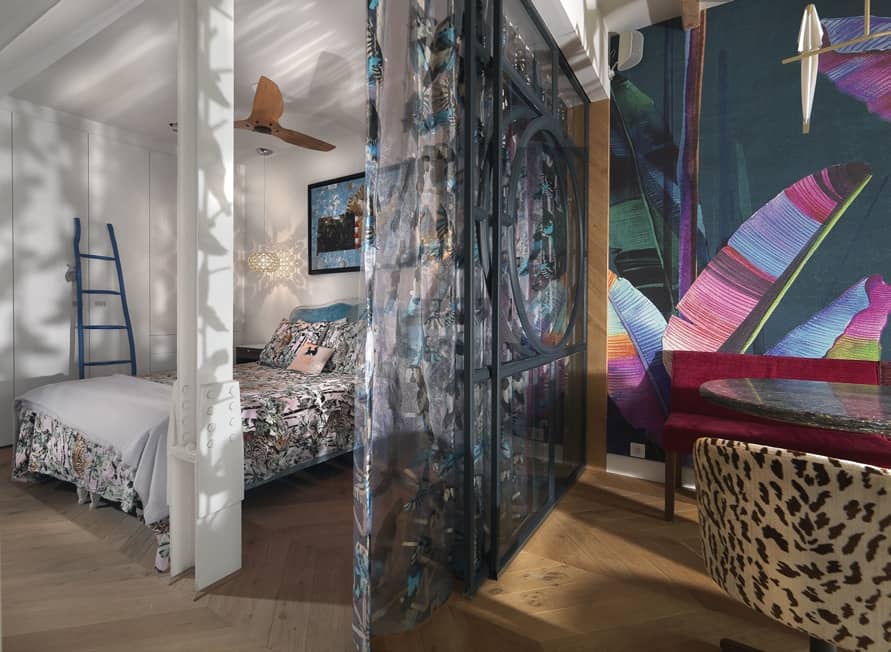 They wanted to create a little bit of Curaçao in the Dutch capital and so they stripped down the apartment completely. Their idea was to realise a loft-like whole in the limited space that they had.