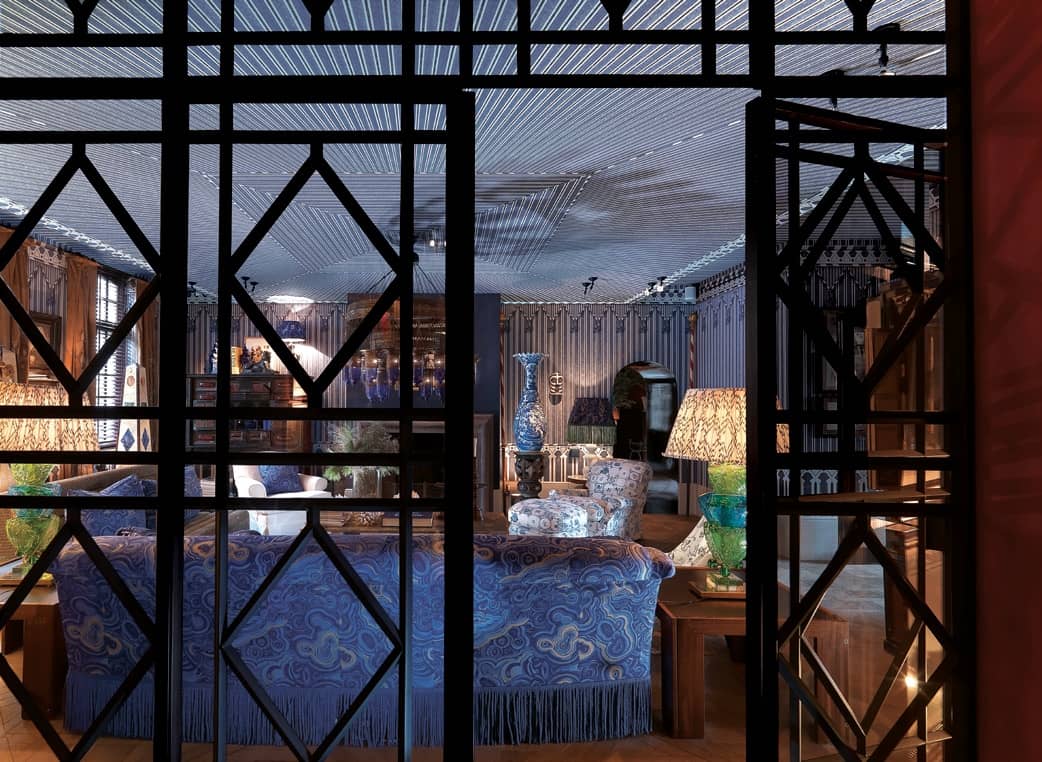 Geoffroy Van Hulle is a decorator. He lives and works in the belgian town of maldegem and describes his style of interiors as modern with baroque and classical influences. With his interiors he wants to demonstrate his personal perspective on beauty: “in the interior of a house but also in terms of life in general.”

Geoffroy designs and decorates houses, apartments and restaurants in Belgium, The Netherlands, Luxembourg, the UK, France, and the US. He names Leonardo da Vinci, Tony Duquette, St. Nicholas and his mother as his biggest sources of inspiration. He was born and raised as a professional decorator, one of the sixth generation of decorators and furniture makers in his family.

“We started out as furniture makers in Maldegem. Five generations before me huge pieces of furniture were being made here in the studio, for the good citizens who were looking to create their first ‘dining rooms’ during that period. That went on until around 1918, the end of WW1, and then my great-grandmother decided to open a shop, alongside the studio. People were euphoric that the war was over and had money to spend on their interiors. That was an enormous luxury after four years of fear and insecurity. My grandmother, and later my mother, expanded and enlarged the shop. It grew, step by step, to a company specialised in every aspect of interiors, at the more classical end of the spectrum.”