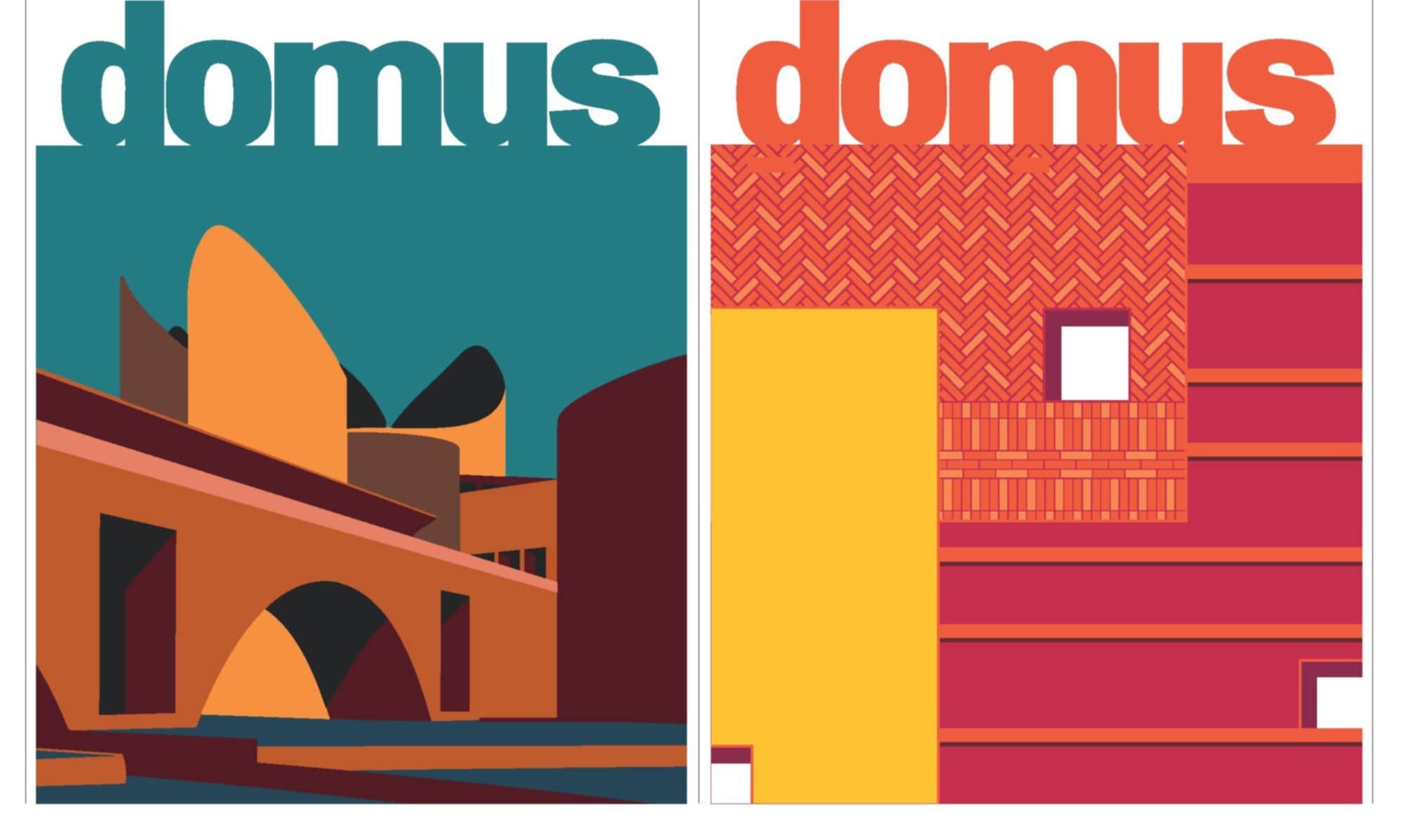 In January 2017, Domus India set out on a new experiment — the cover of the magazine would be specially designed by a designer, artist, architect or photographer in discussion with the editorial and design team of the magazine. Here, we present the covers from the last two years.

The distinct curvatures and arcs in the architectural design of the Virasat-e-Khalsan Memorial in Chandigarh — designed by Moshe Safdie Architects — unlocked the potential of creating an artistic interpretation of the iconic structure. Taking inspiration from Ajay’s favourite contemporary artist Nathalie-du-Pasquier, and a subtle style reference to classic Pueblo architecture, a minimal yet bold expression of the design was created.

The architecture for the project, Ballygunge Retail — designed by Abin Design Studio — is an explosion of contrasts: the coming together of curves and sharp box openings as well as the placement of materials. The building form, arches, material juxtaposition, construction language, layers, textures and patterns provided a cue for the cover. The design abstraction takes place when all forms are traced to fill with colour. An added layer of colour heightens the composition into an art form. 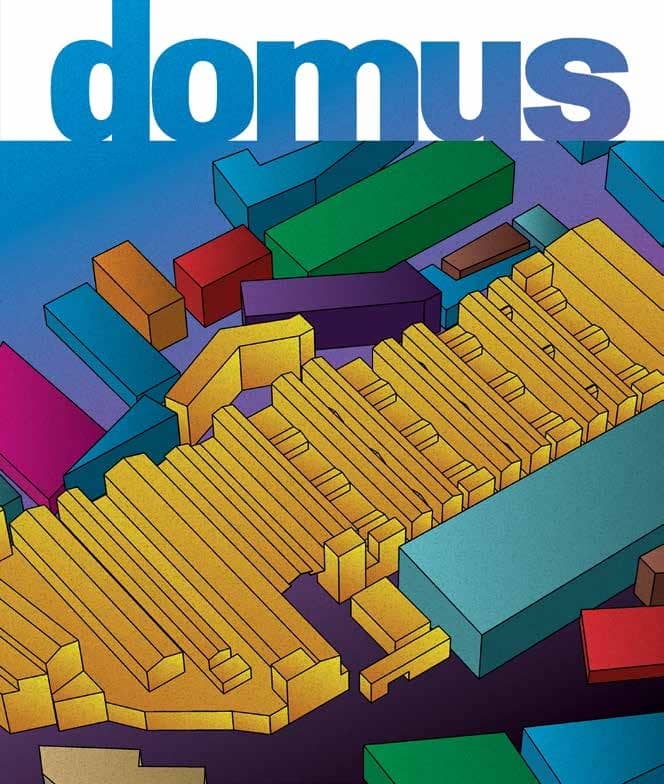 The cover design for this issue is in tandem with a feature on the Indian typewriter — an excerpt from the book With Great Truth and Regard: The Story of the Typewriter in India. A typewriter is a complex mechanical machine with an individual purpose of typing. The design concept for the same was to understand, break down and zoom into singular aspects of this mechanical genius and simplify it through a bold, illustrative route.

The cover highlights the research study titled In the Name of Housing. The project is a detailed study of urban community housing over 11 locations in Mumbai. The idea was to iterate a graphic which captures a sense of these projects, yet displays an in-depth study. The play of colours and grain treatment add a sense of intensity to the artwork. Doing justice to the project itself, the graphic style of simple abstract blocks and line drawings was retained.

The cover illustrates one of the photographs of the UST Global building in Thiruvananthapuram — designed by Atelier D’Arts & Architecture Pvt Ltd — drawing inspiration from the structural and visual aesthetics of the corporate building's structure, and exemplifying globality, speed, finesse, urgent economic growth, and a sense of hyper-tech development. 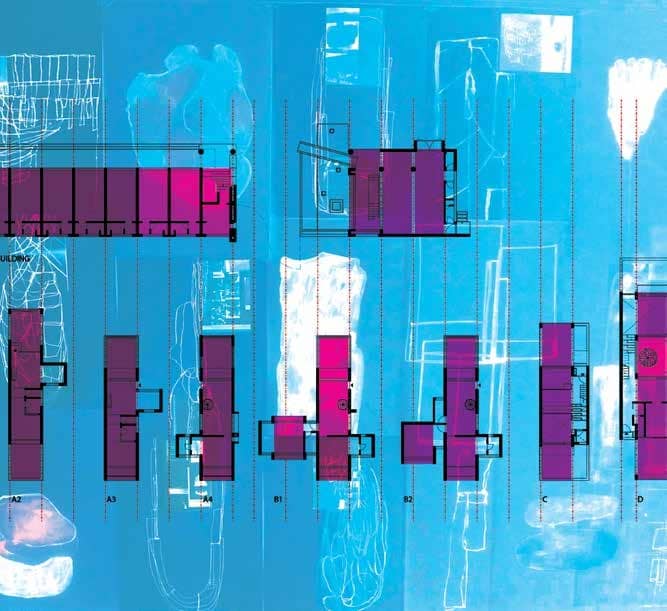 We overlap two types of drawings — the architect's technical drawing — from a housing project in Lonavala designed by S+PS Architects — with the artist's explorative representation. Housing is a debated area for design — as infrastructure as well as real estate. The drawings for this typology are enmeshed within the drawings developed by an artist to document zoos, archives, and natural history museums, where the scientific programme is read for its political and poetic valency. 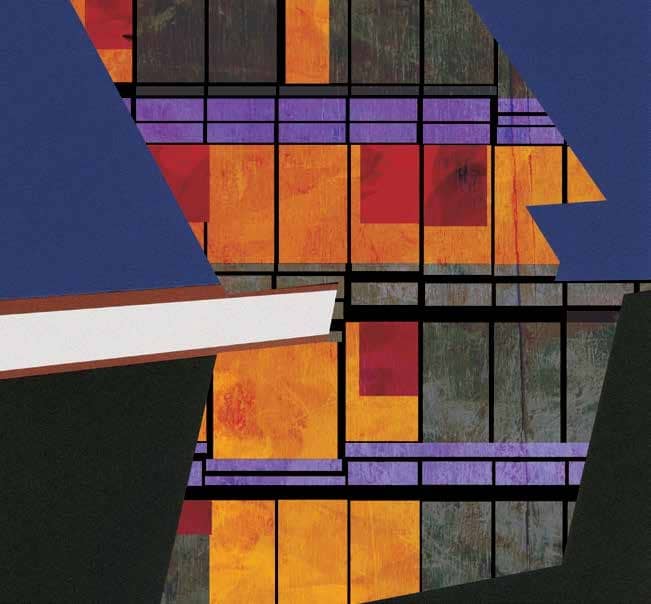 We overlap two distinct images — the hand-crafted weaves, and the play with colour that Rooshad Shroff employs as a designer, trying to refine the relationship between craftsmanship, skill, thought, and design, and the structure of the Pilla Gudi, a very geometric and architectonic abstraction, that artist Navjot Altaf develops in her work and collaborative projects with those at the Dialogue Centre at Bastar, Chhattisgarh. 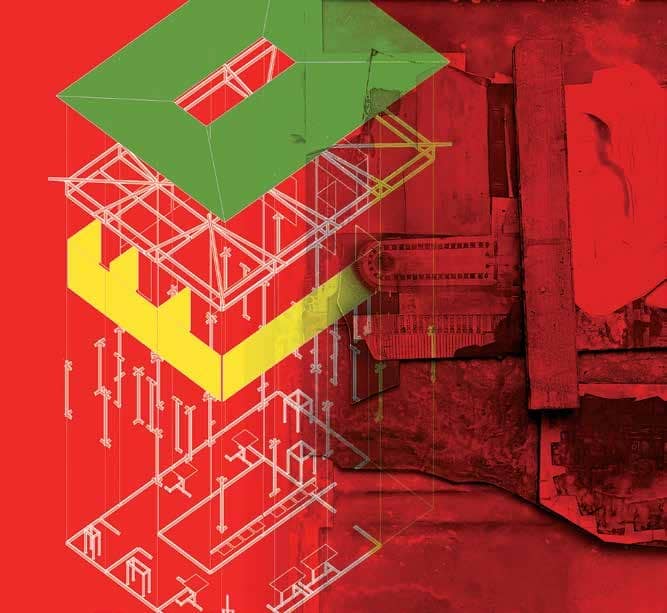 We combine two images — the architectural drawing in its classical avatar holds the building as an entity with self-identity, nearly self-referential. Its exploded mode further develops the understanding of the object as a kit of parts, as meaning within itself and disconnected with elements outside the object-body. We superimpose this drawing with the collage work of artist Samit Das; it brings together memories and materialities, drawing attention towards a nature of being, and to history or the everyday life within cities and architecture. 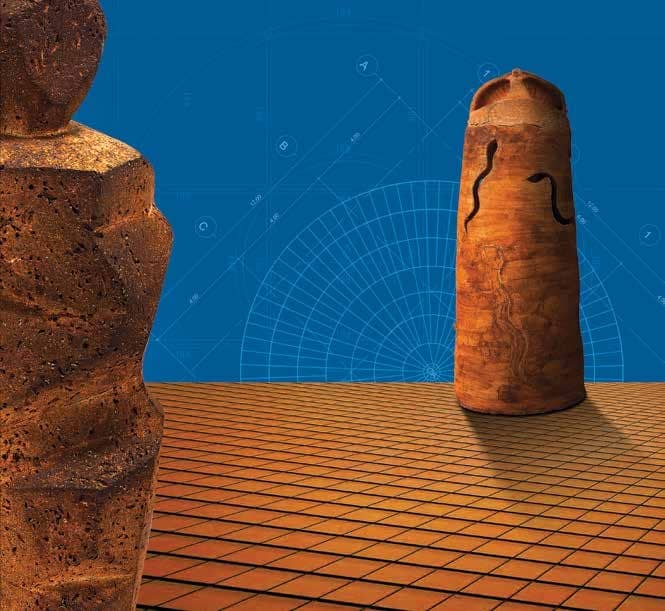 The design is a collage based on an important exhibition which was on display at the Kiran Nadar Musem of Art in New Delhi on the history, trials, and tribulations of Modern Architecture in New Delhi, curated by Ram Rahman. This exhibition was shown at an important moment in time when key buildings of modern and twentieth-century architecture were under the threat of demolition, owing to a drastic shift in political and economic ideologies in contemporary India. 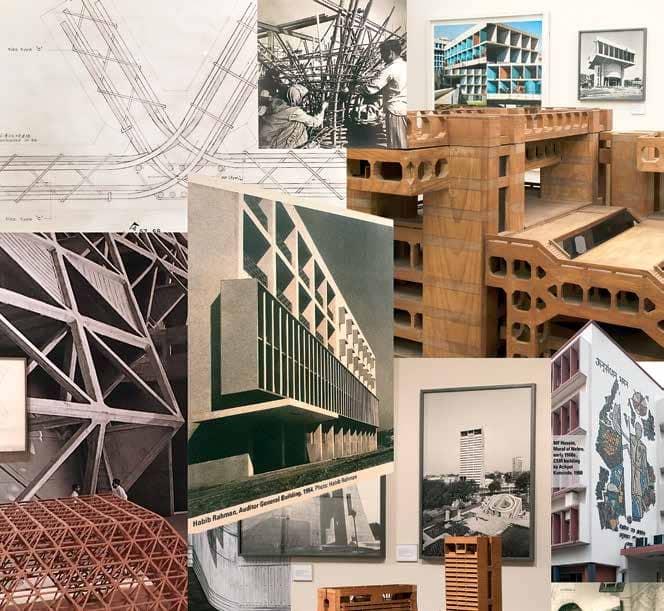