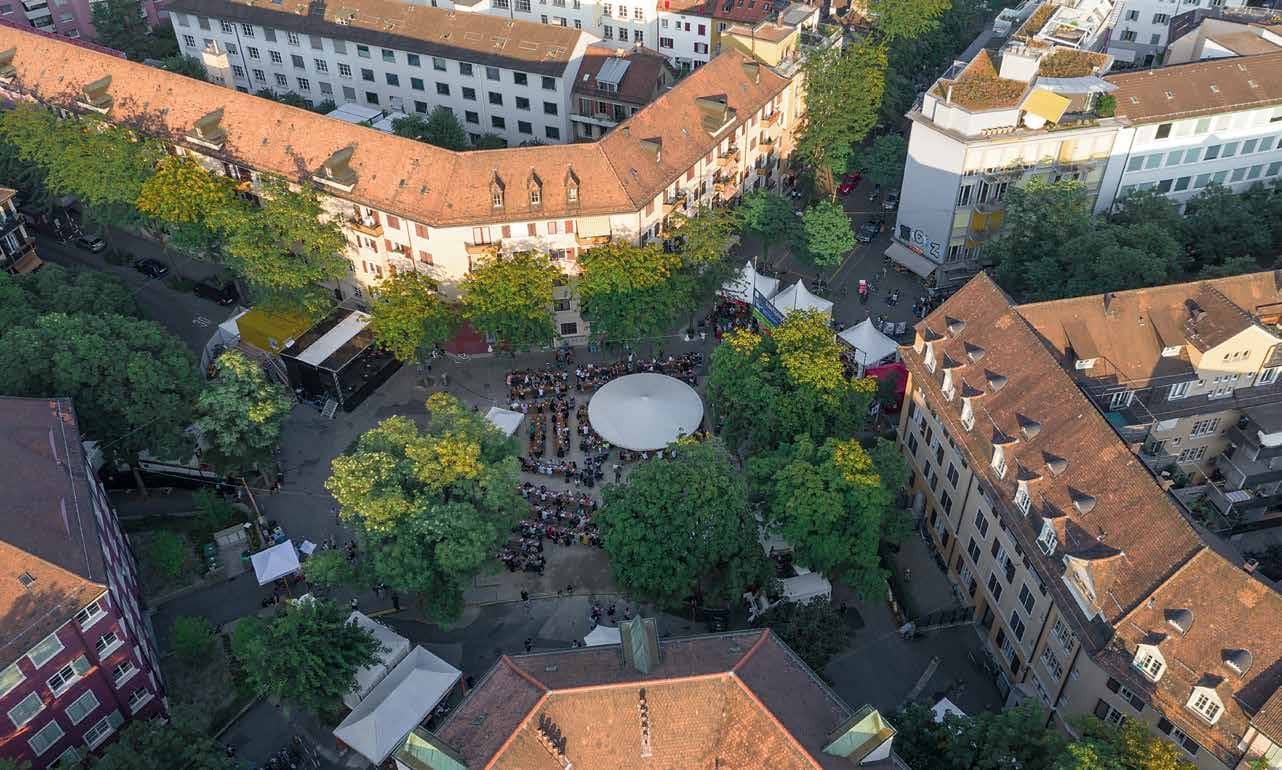 The expert is being questioned across society. In Zurich, planners are addressing this with argumentative design

Can you place a tree-house in a dense, inner-city quarter? Or even in a public park? The middle-aged man who built the delicate 1:200 scale model of the tree house argues that you can. He’s making his point to the student, the architect, and the retired teacher, who are not so sure that you can. As participating designers and moderators, we are standing with them in a huge, disused train shed in Zurich. It is cold, but discussions among the 80 to 100 people gathered around four large tables with models are intense. The workshop in March 2017 was the third in a process of radical participation in the urban design of the Neugasse area, a central plot in Zurich’s Industry Quarter. The state-owned real estate company SBB Immobilien, a division of the public Federal Swiss railway, aims to develop a dense, mixed-use quarter in this slice of land between the Josefwiese park and the main railway lines.

SBB Immobilien have started, and not ended, the design process by asking the people what they envisioned. Over the course of six months and five scenario-based workshops, the initial question of “How would you like to live here in the future?” to a mixed group of about 200 people — anyone could sign up for four mid-week evenings and one day on a weekend — unfolds into an iterative design process that results in a masterplan for 60, 000 square metres of housing, offices, a park, a school, and light industry. For everybody involved, this is a new experience of how urban development is done. But how did we get there?

Switzerland prides itself on its stable, small-state political system based on direct democracy and non-professional politicians. The tripartite local–cantonal–federal system puts most power on the communal level, and least on the federal. Governments are formed by all parties together, and decisions are arrived at through consensus. Direct votes are common. Some are compulsory but others can be triggered by petitions. For planning, this translates into a tradition which favours small-step, incremental projects that can take many years to be implemented.

Yet Switzerland is no exception to the ongoing crisis of trust in experts that started in the 1970s, and the drawn-out planning procedures led to the failure of grand projects. In Zurich, the new underground was voted down in 1973 although the first stations were already under construction. When, after 30 years of planning, the infamous HB Südwest / Eurogate project by the Swiss railway — an out-of-scale real estate development above and along the tracks at Zurich main station — was abandoned in 2001, it became clear that spending millions of francs on planning in political and expert circles first, and asking the public second, was not the smartest thing to do.