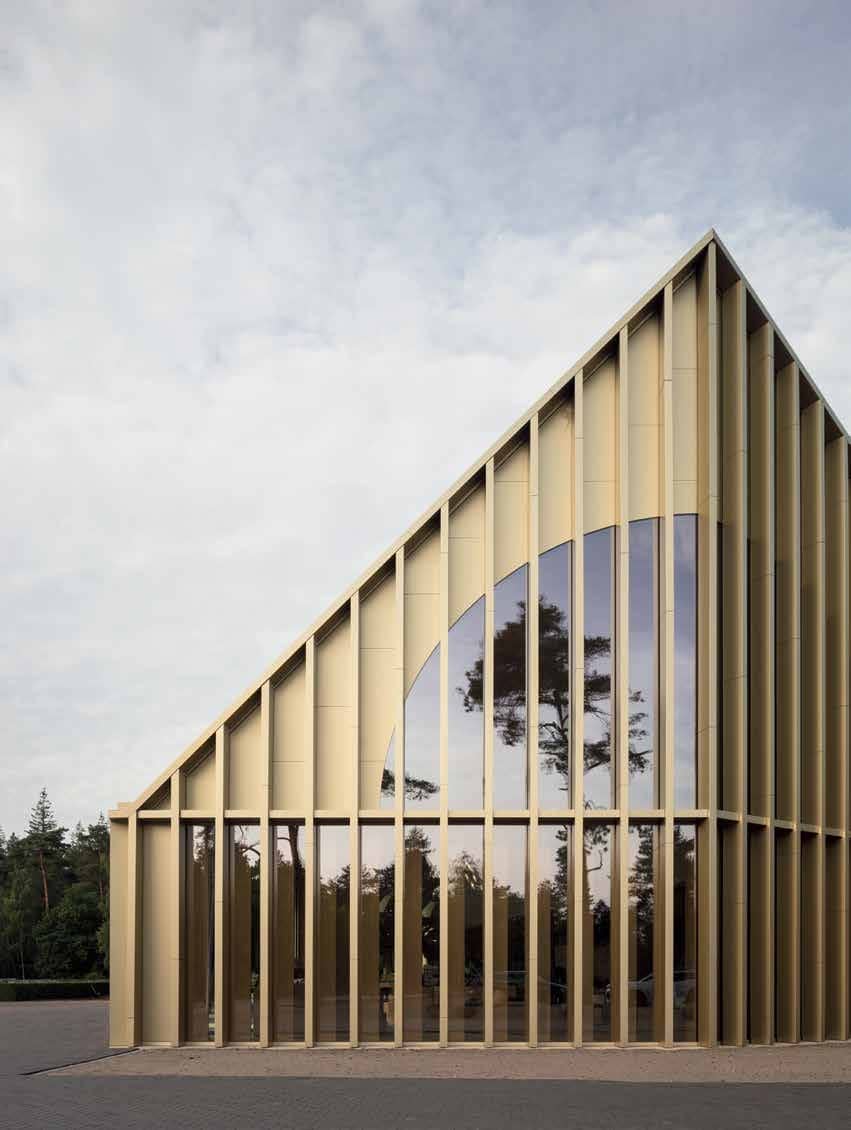 Created in the early decades of the 20th century by the Dutch industrialist Anton Kröller, the Hoge Veluwe National Park comprises 55 square kilometres of woodland and sand dunes outside Otterlo in the east of the Netherlands.

Among the few buildings here are the St. Hubertus Hunting Lodge which H.P Berlage designed in 1914 and also Henry van de Velde’s museum of 1938 which houses the remarkable art collection assembled by Kröller and his wife, Helene Kröller-Müller. One further addition has now been made to this select grouping in the form of a new visitor centre designed by the Dutch practice Monadnock. 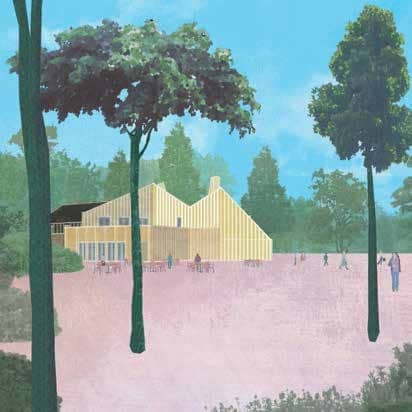 Serving the more than half a million tourists that visit Hoge Veluwe each year, it is located at the heart of the park, establishing a destination to which hikers and cyclists travel by car or bus before making their way into the surrounding landscape. Initially glimpsed across an elegantly landscaped expanse of car parking, the pavilion presents an immediately legible silhouette comprising a conjoined pair of monumental gables.