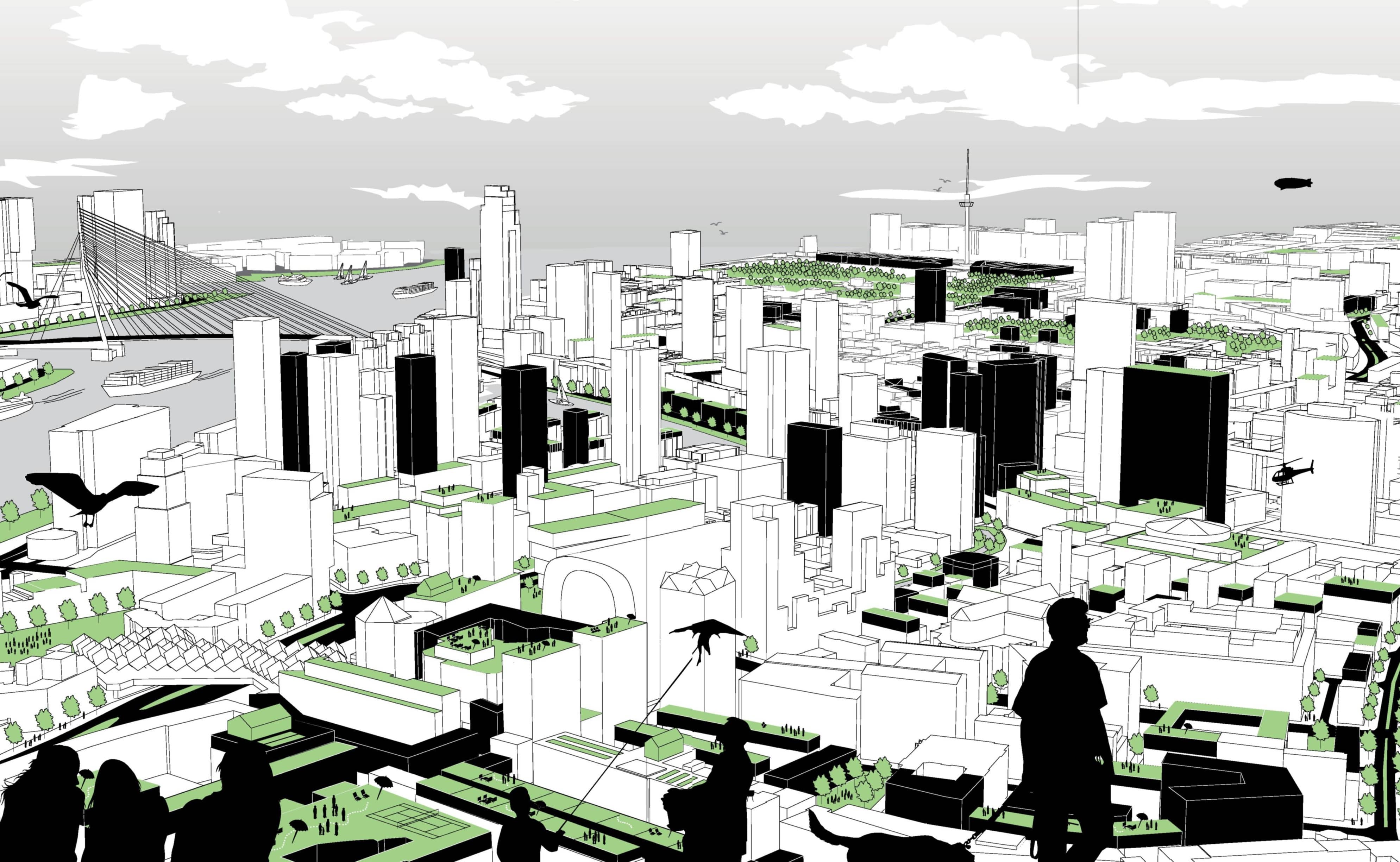 Future city governance Densification and greenification Diversity for the society The challenge of self-sufficiency An interview with Ahmed Aboutaleb, Mayor of Rotterdam

Ahmed Aboutaleb has been the mayor of Rotterdam for ten years now. With his Muslim background and his conciliatory role when it comes to prickly issues, Aboutaleb is a sought-after commentator in international media, but an interview with an Italian design magazine is a first for him. In the conversation at Rotterdam City Hall, Aboutaleb comments on Winy Maas’s “unusual invitation” to exchange thoughts about the city’s future for Domus magazine.

The mayor enjoys sketching out prospects, especially when it comes to the future of his city, a subject that lies close to his heart. Aboutaleb once joked with Ban Ki-moon, then Secretary General at the United Nations, that he himself was a kind of secretary general “of the United Nations of Rotterdam”.

The diversity and many nationalities of Rotterdam “are our capital, our wealth”, says the mayor. “To forge a society from this does not happen on its own, which is one of the reasons I hold weekly encounters with people from the neighbourhood. It fosters a sense of togetherness.”

Here in Holland, mayors are not elected but appointed by the government. Is that good or bad?

It’s good. We are lucky in The Netherlands to have decided that mayors must be politically neutral, non-partisan. She or he must serve the needs of everybody, and be at the service of the city. Thanks to this, Dutch mayors speak with authority. People listen to mayors, because they know that he or she has the aim of leading the city forward millimetre by millimetre. That’s a big difference with mayors who are discounted for their political alliance.

Which are the most pressing issues at hand for Rotterdam?

Population growth. Thousands of housing units are being added, and we have to find room for them. Urban development can act as a crowbar to open the way for improvements to the rest of the city. We are taking it slow. Improving the city is an endless task. It’s never finished.

The problem is the large scale.