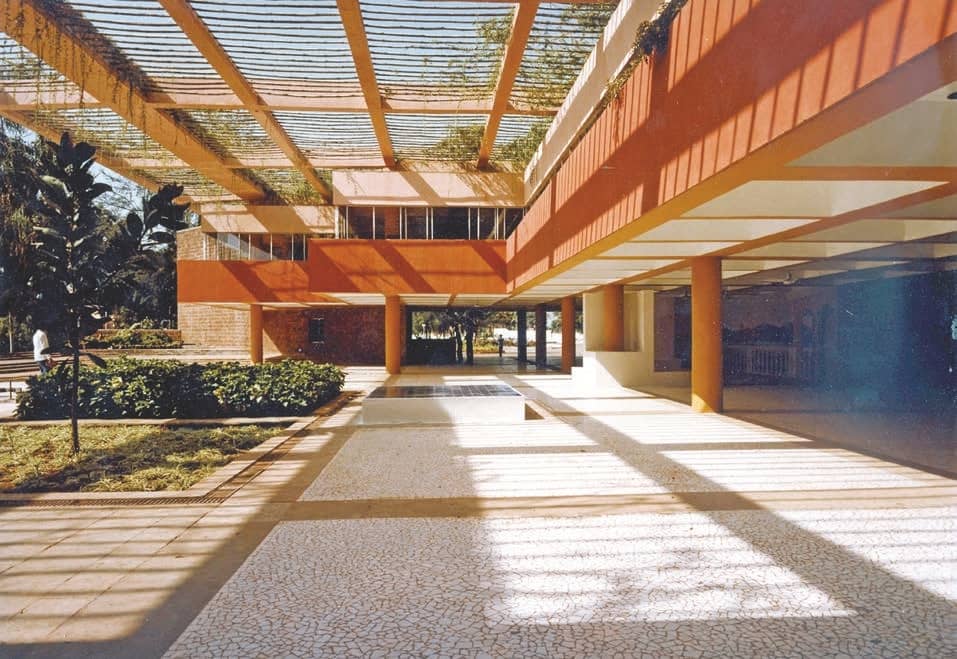 In the wake of the recent threat of demolishing the storeyed amphitheatre of Panjim’s iconic Kala Academy, designed by Charles Correa, what does the future hold for India’s postcolonial architecture?

“Too often in Goa,” observed the magisterial Charles Correa in a keynote address delivered in Kashmir in 1972, “we discuss heritage only in terms of Portuguese architecture — as though Goa never had any prior history. Actually, in Panaji, there is a really remarkable house which predates the Portuguese influence — the Mhamai Kamat house, built around several courtyards, which has wonderful clarity, scale, structural integrity. A truly great example of pre- Portuguese indigenous architecture.” The same distinguished qualities may be discerned in the first complex that Correa ever designed in his ancestral state: the Kala Academy (1973-1983). In a beautiful and memorable manner, this building dissolves the distinction between inside and outside, architecture and nature, formal and informal use. Far from communicating itself as a forbiddingly remote institution devoted to high culture, the built form disaggregates itself invitingly — as a sequence of versatile, multi-purpose spaces arranged in relation to pathways that run transversely through the building, lightening its mass. 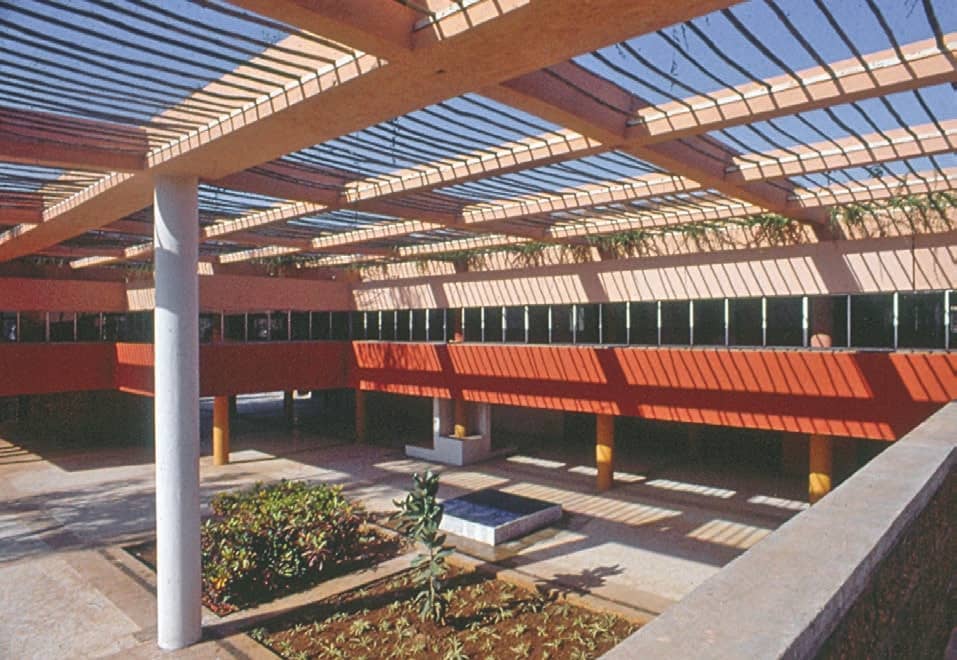 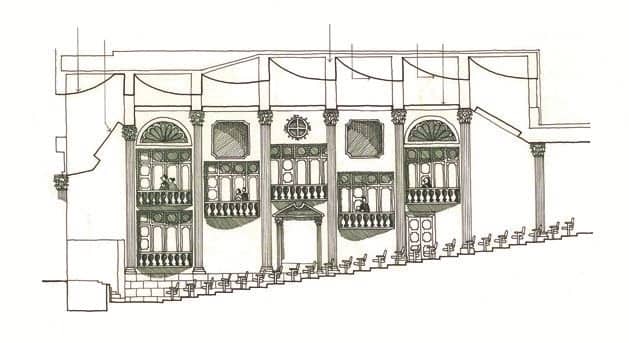