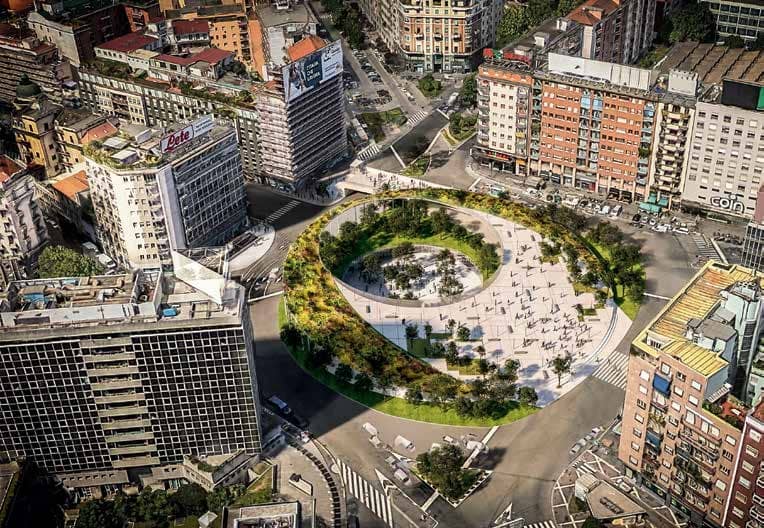 Milan is changing. Its population reached and topped the 1.4-million mark for the first time at the start of October, when the city reported its number of inhabitants to be 1,420,000.

There has been a growth of approximately 60,000 since 2015 — the year when Expo showcased a city surprisingly different from the familiar clichés. This figure comprises a significant increase in young people aged between 25 and 39, who choose Milan primarily for study or work reasons. Their mentality, lifestyle, culture and habits have helped to change the ways people experience the city, prompting major transformations in its micro-fabric.

Milan has grown considerably and multiplied the number of neighbourhoods, benefiting from redeveloped industrial zones, university campuses, and the proximity of railway stations and metro lines. The boundaries are shifting and new names have emerged. NoLo, for example, is the acronym of Nord Loreto (or “North of Loreto”).

In the quest for good local government and to boost the city’s quality and appeal, the plan focuses on public space as a tool that can change the city from monocentric to polycentric, from a city of streets and crossroads tailor-made for vehicles to one with upgraded soft mobility and more urban greenery, freeing up space so people may experience the city in a different way. Squares are one of the signs of how Milan has changed in recent years: Piazza Gae Aulenti, the Darsena and Piazza Tre Torri have become locations of a new social inclusion.

Compared to those piazzas, today’s interventions are more widespread, helping to create a polycentrism requested by the local communities, as the demand for public spaces is stronger in the neighbourhoods. Unlike what has already been advocated by Vittorio Gregotti with the Bicocca project, this polycentrism no longer originates from above, but advances from the grassroots.

A truly large number of squares are being planned. Some will be created from scratch by applying tactical urbanism, while others will be regenerated. Some, once complete, will provide socialising spaces along the Metro Line 4. And still others will alter key intersections between the city centre and suburbs.