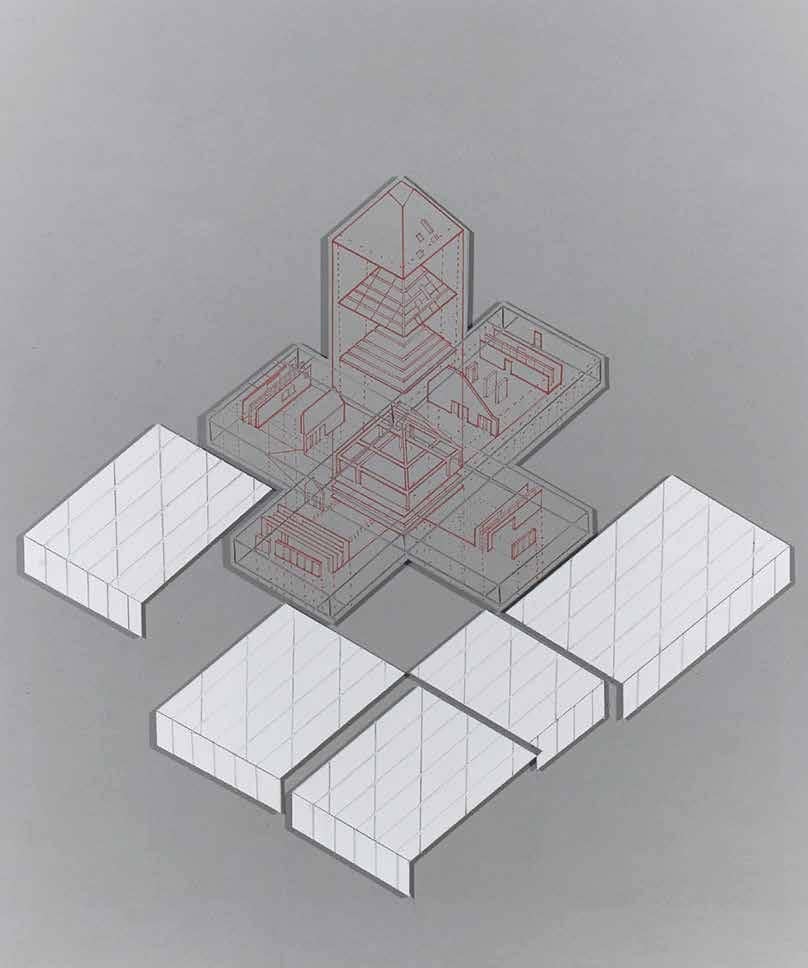 In his recent body of work, artist Pratap Morey filters out the hustle and bustle of the city, training his gaze instead on the massive modular blocks of construction material used for infrastructure projects. Like pieces of a Lego set, they patiently lie in wait for their moment of assembly, when according to a pre-determined plan they will neatly click into place to create a flyover or the stretch of a metro line. But for Morey, they represent concrete ciphers, waiting to be decoded and put to more imaginative use. Elevating these humdrum, banal, serial and seemingly soulless creatures of mechanical production, Morey gestures at the roles they could possibly play in creating alternate, utopian worlds.

Where others see chaos in the teeming metropolis, Pratap Morey spies a method in the madness. Where others merely see construction sites plied with massive concrete blocks, Morey divines pieces of puzzles waiting to be put together. For him the city is a jumble of modular components, akin to a massive jigsaw. All one needs to do is to decipher its hidden logic and crack the code. By looking beyond the physical attributes of the pieces, he portends their potential, imagining possible futures for them. What if, his works seems to ask, what if? 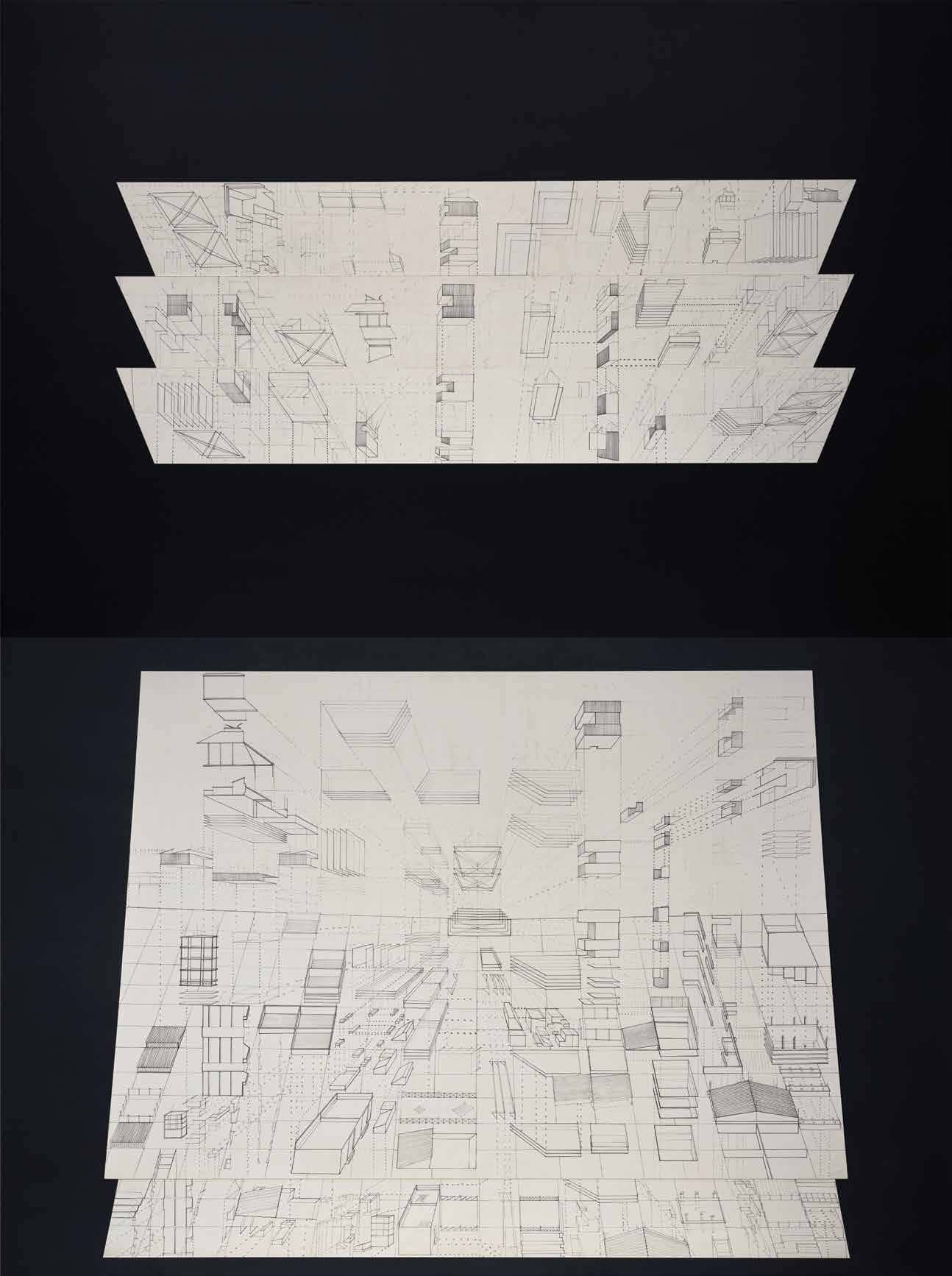 Much of the grist for Morey’s creative mills comes from the city he lives in, Mumbai. The artist never ceases to be amazed by how the metropolis lives up to its moniker, Maximum City. Here the smallest of spaces is territorialised, every inch coveted and fought over by people and infrastructure projects. Like trees fighting for sunlight in a dense tropical jungle, buildings shoot up skywards for the ground level offers them no freedom to expand. This vertical growth of the city, where a small vacant plot or an old house almost unbelievably metamorphoses into a skyscraper continues to fascinate Morey. By challenging his notions of space, it opens up new avenues of imagining the city and its possible transformation. The development of urban spaces also alters the way we navigate them and Pratap is equally invested in the movement of bodies within the city and their relationship to space, even though the human figure itself is conspicuously absent in his works. With their focus on linearity and precision his works are more akin to architectural drawings.

The issues of redevelopment of cities, the displacement they engender and their subsequent transformation have preoccupied Morey ever since he shifted from the smaller town of Amravati to Mumbai. His father’s transferrable job meant he was constantly on the move. While changing homes he had the opportunity to observe up close the altering face of the megapolis. Equally fascinating for him have been the modular modes of construction with neatly numbered concrete blocks, segments, piers and pillars being the norm in newer construction projects, among them the Mumbai metro.

Morey has been documenting these shifts in the urban topography by photographing changes in the architecture of buildings. In the past he has combined these digital photographs with elements of collage and drawings to fashion his imaginary urban spaces. By processing and manipulating the images digitally he has succeeded in creating incredibly complex patterns. In several of his works he harnesses the trope of a vanishing point, creating the illusion of parallel lines converging. By offering multiple perspectives and magnifying or zooming in to certain details that he captures with his lens, he adroitly creates illusionary voids or lends his images a giddying sense of propulsion and speed. In earlier series of works such as Superimpose he has attempted to collapse the past, present and potential futures of the urban landscape, proffering a sense of rapid transformation and transition.