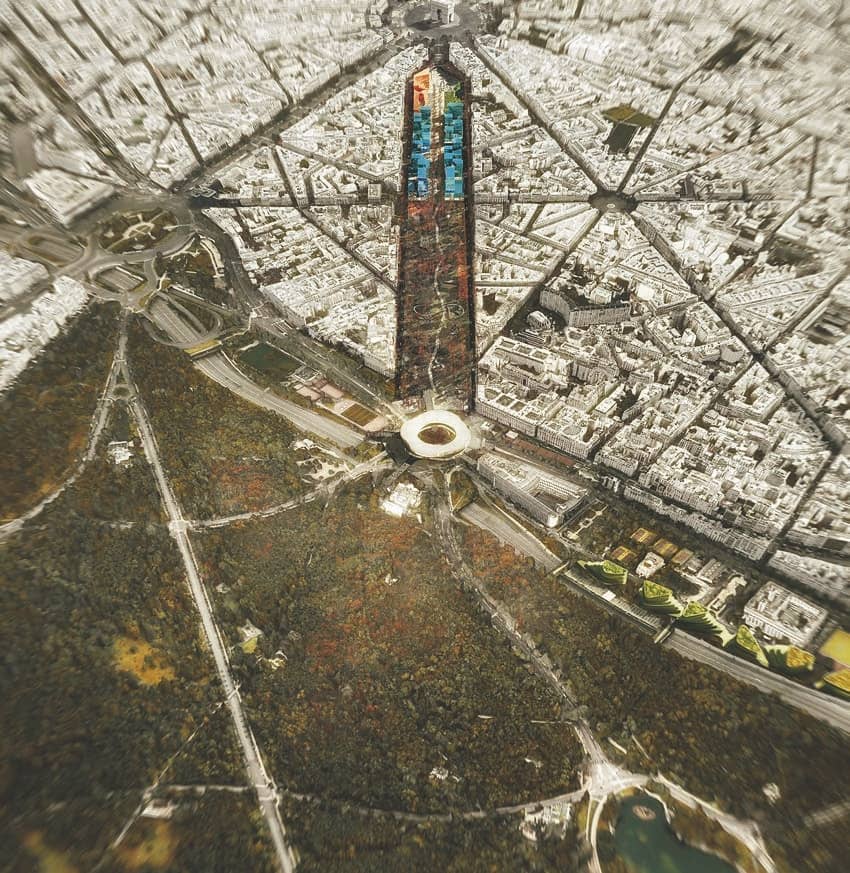 An interview with Gaëlle Hamonic and Jean-Christophe Masson

Javier Arpa: How do you see the future of the city at Hamonic Masson?

Gaëlle Hamonic and Jean Christophe Masson: The city of the future places humans at its heart. It is local and must have its own identity. The city of the future won’t lose its unique features or complexity. We promote compact, intense cities and fight urban sprawl, whether it’s low-density suburbs in the United States or the Chinese high-density, low-intensity model. In order to make the city of the future pleasant to live in, we have to facilitate soft mobility, promote density with quality housing, reintroduce nature and guarantee air quality. We believe that we must restore the complexity of historical towns, rediscover pleasant areas and be able to explore them on foot.

JA: Isn’t Paris the city of the future to some extent, then?

GA and JCM: Paris is dense. It has a hierarchy of small, medium-sized and large streets, with the complexity of an urban fabric made up of porous islets connected to the street by permeable ground floors supplemented by a multitude of stacked historical layers.

JA: Outside Europe, which cities have made an impression on you?

GA and JCM: One is Lima. In the 1980s it absorbed more than a million peasants fleeing from Sendero Luminoso terrorists in the Andes. When we talk about migration these days, it might be useful to consider this city’s capacity to absorb newcomers into new neighbourhoods. Initially, these districts were unplanned slums, yet they were well organised. The city has now brought all the networks connecting these informal neighbourhoods into the consolidated urban tissue. Mumbai is another fascinating city. Everything is consumed there, nothing is thrown away. Whereas here we talk about the circular economy, in the streets of Mumbai even the tiniest thing you throw away is recovered and resold straightaway. Mumbai is an open-heart city, where it feels like you’re watching the city’s digestion in real-time.