Does size matter? Exploring the aesthetics of miniatures 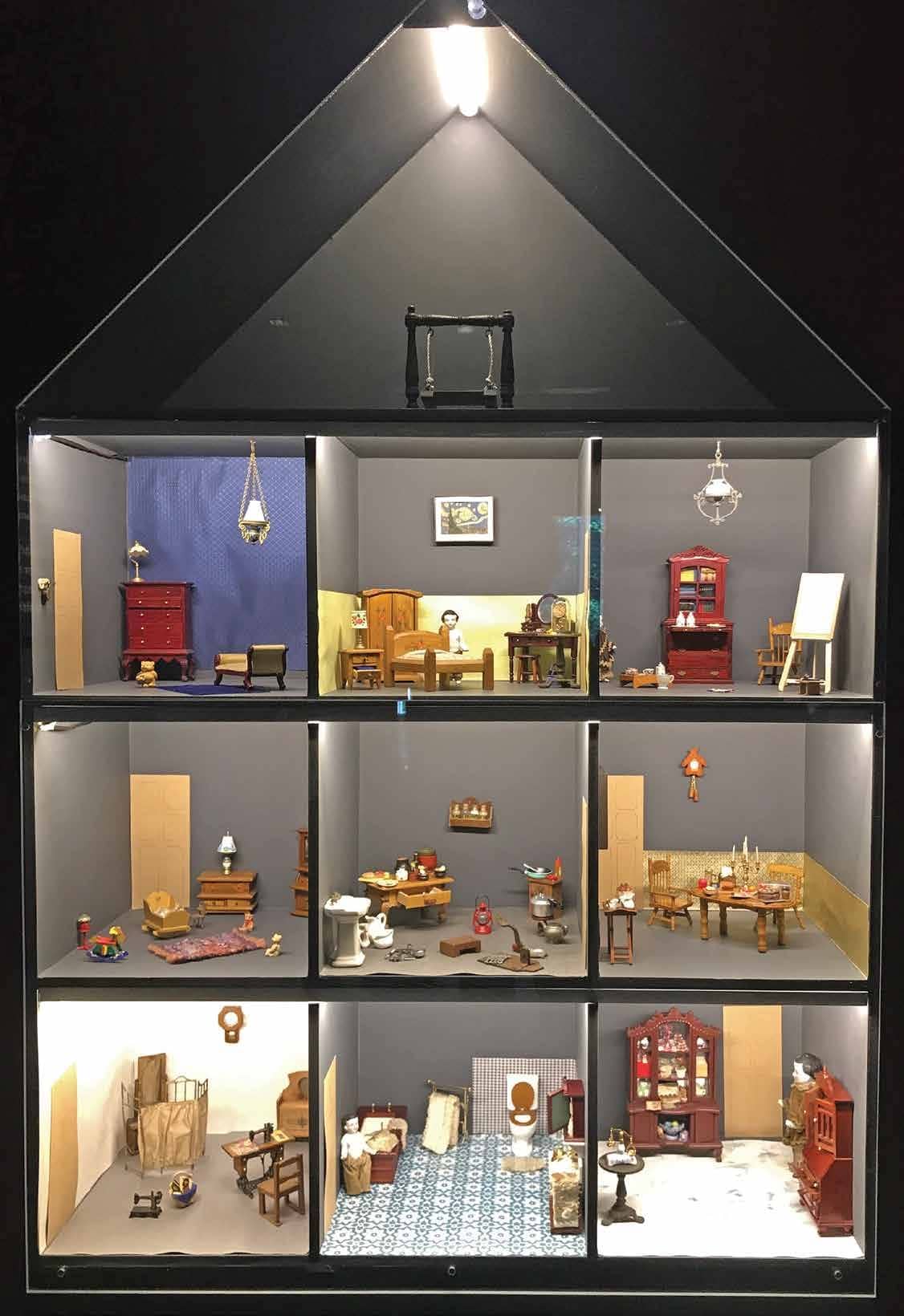 The miniature has the capacity to make its context remarkable and this is perhaps why the focus on miniature objects has been on their evocative meaning. Susan Stewart [1]

Miniatures, which are small or scaled down versions of large objects, are ubiquitous all over the world. [2] The word ‘miniature’ brings to mind a number of items, usually associated with toys and children. For some, it means miniature trains and, perhaps, miniature cities and dioramas; for others, the word is associated with miniature paintings. In spite of the scaled down versions, miniatures were rarely meant for children. According to Katherine McClinton, “Miniature objects were produced on three scales. The smallest were trinketsized; the largest might have been used be used by a child. The middle size included those created on a scale of 12 to 1, which were the most ingeniously made and are the most prized by collectors”. [3]

Miniaturisation is often characterised as a process in which an entity, a thing, moves from large to small (Phillips, 1998). [4] The process of miniaturisation or creating miniatures has never been an isolated event; miniatures have been found in archaeological excavations as well as in almost every place that humans produced art. Despite being separated by time and space, miniatures display similarities and act as an effective, near universal method of human communication.

Two recently concluded exhibitions in Mumbai used the theme of miniatures to demonstrate this very effectively — Small Matters: An Exploration of Miniaturisation (September 19 to October 31, 2019) at the Chhatrapati Shivaji Maharaj Vastu Sangrahalaya, and Classic Miniature Costumes (October 2 to December 25, 2019) at the Dr. Bhau Daji Lad Mumbai City Museum. Though both exhibitions were premised on miniatures and miniaturisation, their approach differed. While the former exhibition brought together a variety of miniatures over time, space and materials, the latter was a specific, focused one on only miniature costumes of male Indian royalty covering a 100-year period. And yet, both succeeded in giving a deeper understanding into the world and aesthetics of miniatures.