Architecture: A Daring and Visceral Pragmatism 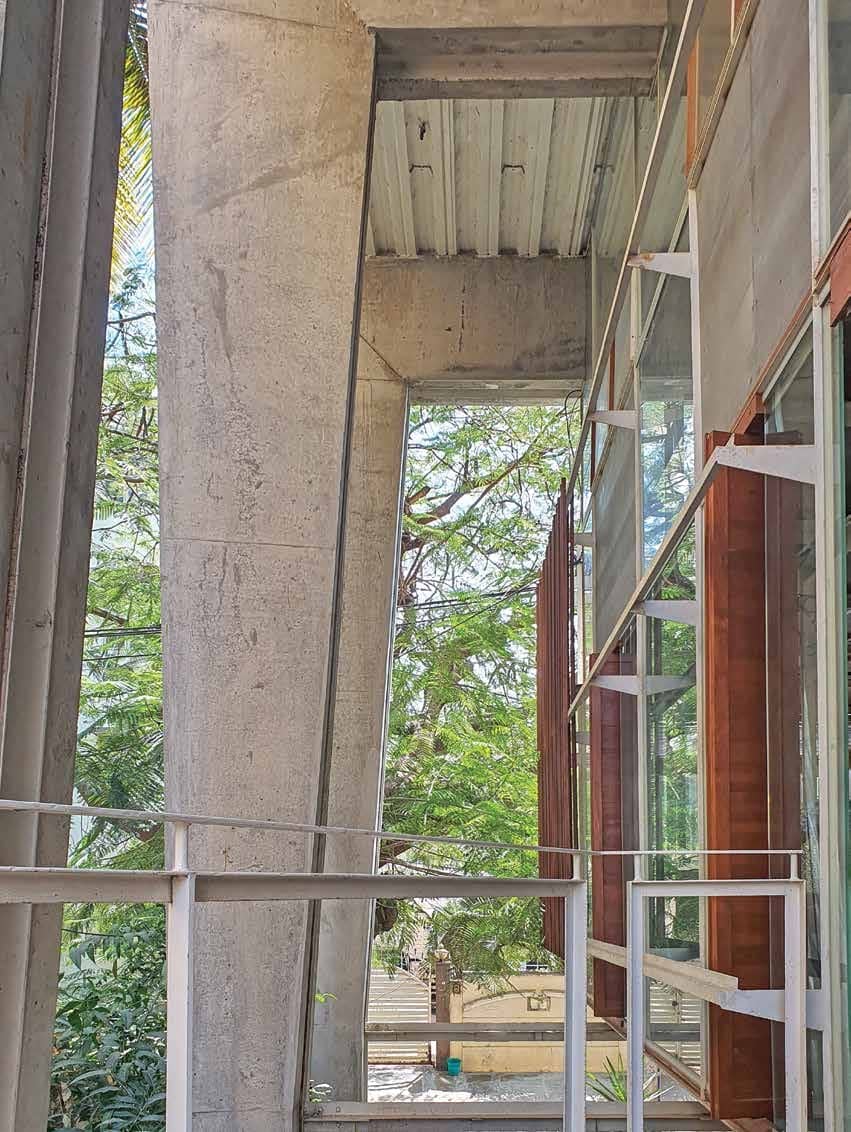 An office building in Bengaluru by architect Madhusudhan Shridhar and engineer Manjunath B L conceived as a base for the former’s practice, puts forth a convincing argument of the spatial wonders achievable when two practitioners from differing disciplines choose to turn the tables upon a historically fraught relationship.

So I am here ascending this vertiginous suspended steel staircase. I count exactly six standard angle sections held together in pairs by bolts between the three cluster hangers that hold up the five-storey cascade. I glance upwards along their length — all the way up to where they disappear into the anchoring concrete structure. I count 16 or 18 diminutive high tension bolts at the point of anchor under the concrete slab. That’s it. I slowly run my fingers along them to take in that sense of powerful resistance to shear. Sometimes the enormous inherent strength of steel is both startling and a source of comfort. And then one wonders why one doesn’t see such architecture more often. Honest, brutal, guts-out, there for all to see, workmanlike, beautiful in its sheer expression of the forces that hold the building up, and of course, together. Like those beautiful tension trusses no one unfortunately looks up to see at Bombay’s Crawford Market, or that heroic concrete lattice that held up the sadly demolished Hall of Nations in Delhi. Architecture derives its sense of expressiveness and beauty from the articulation of material and technique, structure and joinery, assembly and construction. The staircase treads are industrial grating with no risers. So I can see all the way out on the sides and to the bottom — to where the Koi fish are doing their lazy laps four floors below. Through the grating. Through the loose-fit detailing of the staircase structure. Through the ever-so-minute gap between the office floors volume and the staircases that slide past each other without any structural connections, as if they have no business to do with each other. I should be terrified — after all I can barely look down a balcony on the third (or second?) floor. Instead, I feel this sense of exhilaration. I am elated, in fact! It’s been a while since I walked on something that’s pretty daring — structurally I mean — where one is so viscerally in emphatic connect with the forces at play, where the otherwise hidden structural elements are naked. So you stand naked too before it — observing, interacting, touching, feeling, gripping, grasping — a tactile engagement with phenomena and elements, few or none of which are redundant or exist as mere embellishment. This is like lying naked next to another human being, exploring. I keep walking through the building as if in a state of utter enchantment. Madhusudhan later shows me pictures of yours truly touching and (hugging?) stuff; like a steel hanger, for instance. I can recall that yes, I also touched the narrow, tapering base of the concrete portal when I was down on the ground floor like it were a trunk of a tree — living, breathing, heaving, doing exactly what it needs to do, with no sense of excess. 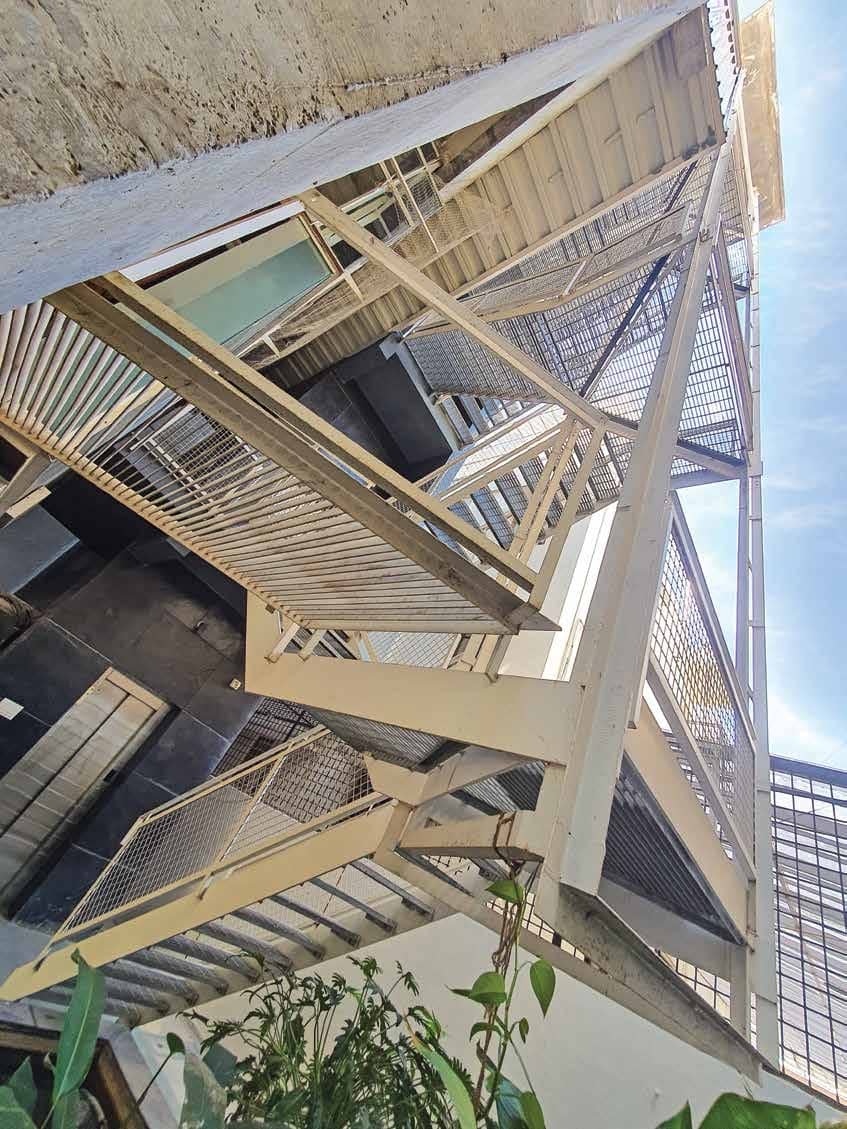