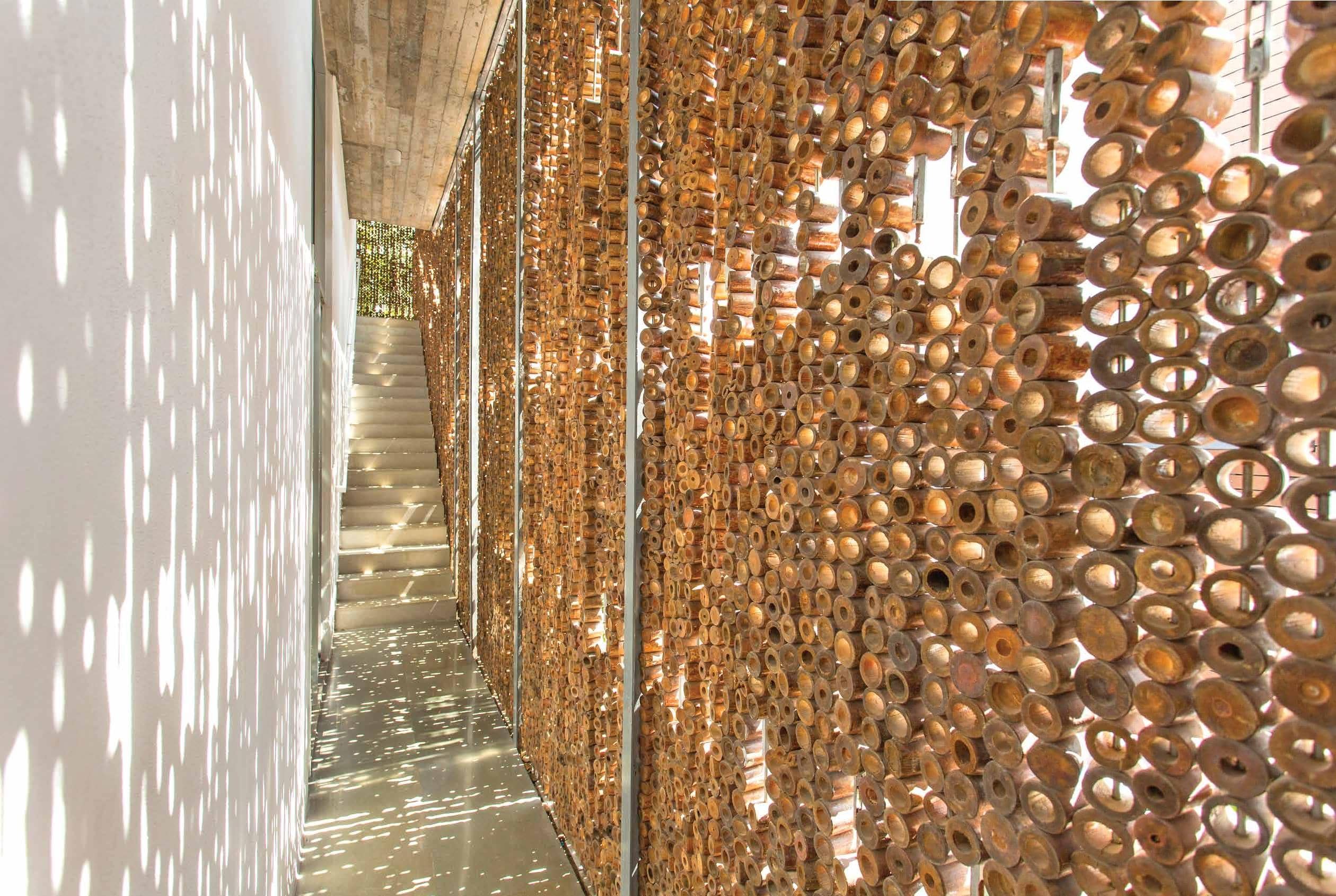 Tucked away on a dense street in Chennai with mixed-land use is the newly-built office for local practice KSM Architecture Studio. Built by the designers and engineers of the practice for themselves, the building housing the studio — both in its intent and its manifestation — captures the practice’s worldview. It is a startling and refreshing example of how ‘wisdom’ and ‘technique’ can find an amicable meeting point, embodying the design beliefs and principles of being sensitive to the environment.

An architect’s office is a building type with a halo. Or so it often seems. The object of idolatry (think B V Doshi’s ‘Sangath’ or RCR’s immersive cavern) or the object of derision (that’s most of us — insert emoticon here!). What is undeniable though is its everlasting aura as an enduring symbol for what an architect or a practice stands for — in that sense, almost an outwardly, worldly expression of what a home stands for, for how you live.

Value systems and a world-view — these are two implicit aspects that seem to create amongst the fraternity of architecture geeks a sense of why a certain architect’s office ‘makes it’ (isn’t it special!), and why some don’t (nice, but isn’t it generic?). Thus while it is pretty awesome to see pictures of Rafael Vinoly’s sprawling, but yes, impersonal — and generic — office, it is not as special as say, O’Donnell + Tuomey’s lovely mini-warehouse sprawl. An architect’s office needs to be a ‘Wunderkammer’, a treasured place, whether because of what it ‘contains’ or ‘captures’ as sediments of time, work, effort, experience and personas. Or perhaps also because of what it ‘is’ — a meta-narrative or synthesis of what the practice firmly believes in, and where you can, quite literally, see the practice’s ideas ‘at work’. KSM’s new office space firmly lodges itself into the latter.

Born out of the need to expand and express the practice’s accumulated experiences over three decades, the office space itself becomes a case study of best practices when it comes to environmental design, material research and tectonic articulation. Situated a few hundred metres from the MRTS station and other public transport (the office moved from the north of the city to a more west-central location — and thus the ease of access for the staff was a prime consideration), the office becomes, as KSM partner Sriram Ganapathi puts it, the “tenth business” on an inner street filled with local businesses. Sited at a ‘T-intersection’ on this internal street, the building’s spatial organisation responds to the urban character as much as it does to its environmental or bioclimatic response.