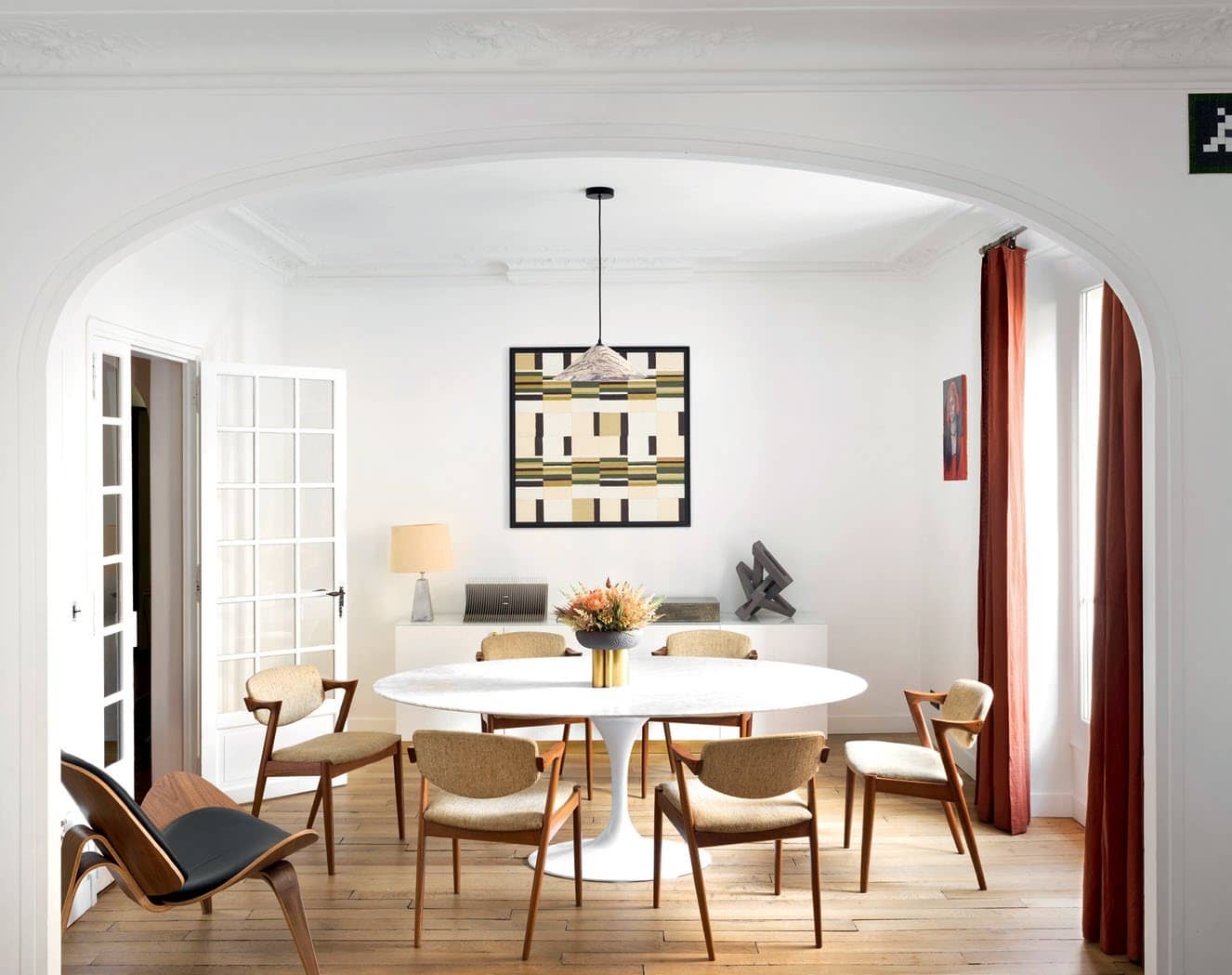 The architect has renovated a Haussmannian apartment in Paris, in the Marais neighborhood. A double living room, a kitchen and a master suite (bedroom/bathroom), and two children’s bedrooms with their bathroom and playroom were created in 100sq m space.

The quasi-totality of the layout was redesigned in order to bring together two originally separate apartments. All superfluous doorways have been removed and connections between the rooms have been simplified. The Haussmann style was refined and pared down in order to introduce minimal lines better suited to the contemporary usage of this living space now occupied by a modern family.

The street art collection of the property owners (Banksy, Jon One, Space Invaders, Obey...) counterbalances the classic spaces of the double living room. Raw material such as linens, carpet in natural wool, light fixtures in ceramics, and silver give warmth to the noble materials in place: herringbone parquet flooring, marble fireplace, and floral moldings. 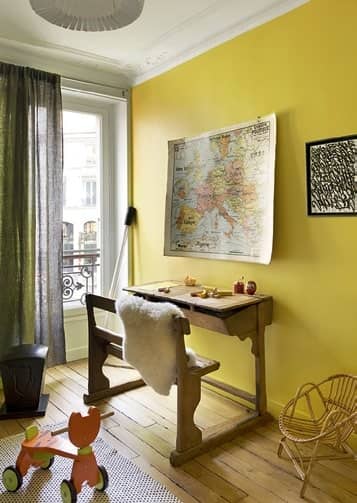 The living room is furnished with pieces by some of the greatest names in vintage design, such as Hans Wegner, Eero Saarinen and Charlotte Perriand, and also more recent pieces from the 1990s by Philippe Starck, among others.