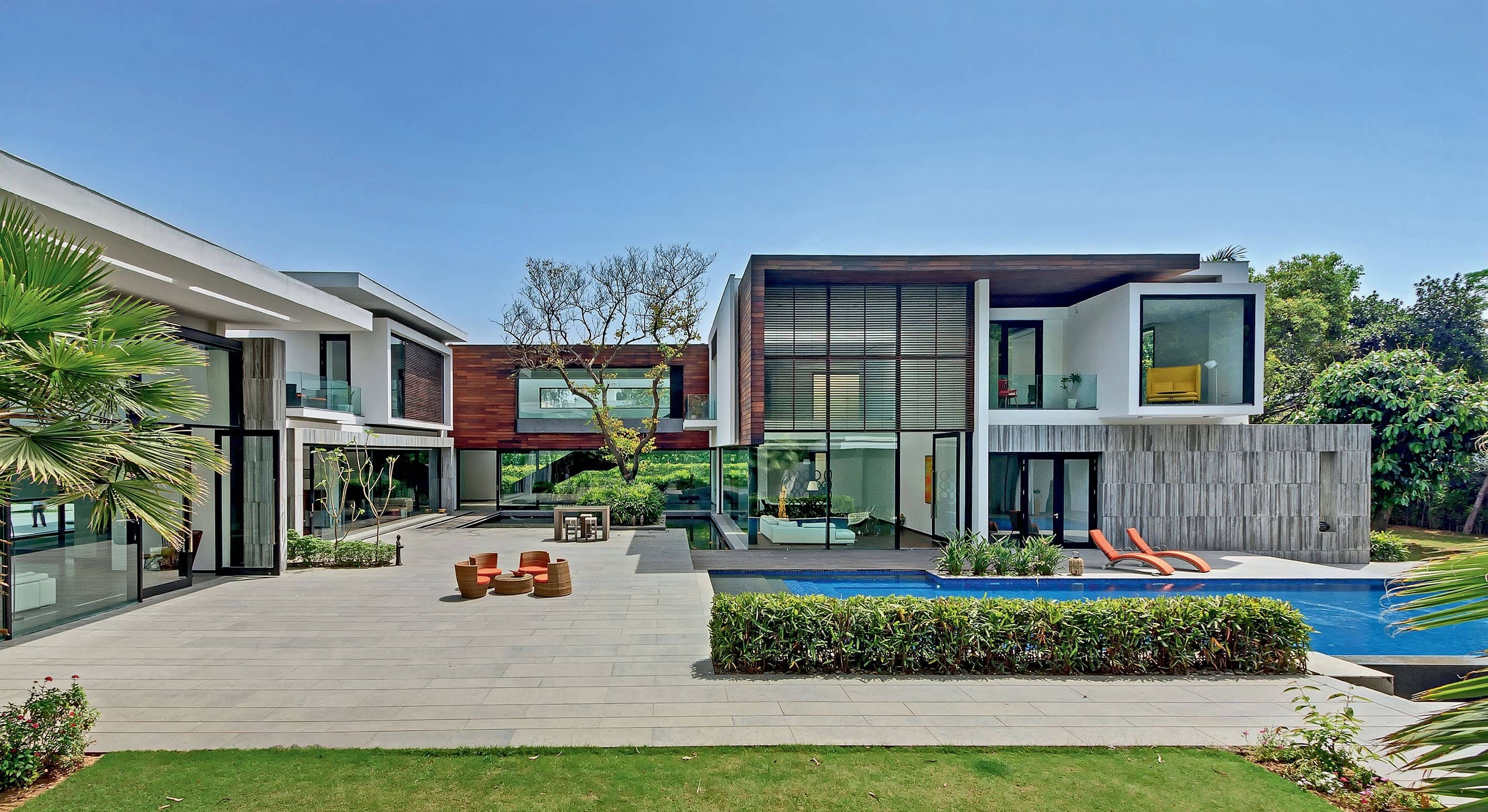 Set on a verdant land parcel dotted with large mature trees, the Three Trees House is nestled, much like a fork, between three such trees. The premise for choosing to situate the building amidst the trees was to preserve the existing greenery while enjoying the natural setting in close proximity to the habitable areas. The house is conceived as an assembly of two fairly rectangular blocks—the east-facing front block and the west-facing rear one. The two are connected by a narrow, transparent staircase block. The largest tree of the three, a flowering Kachnar (Bauhinia), is the centerpiece of the courtyard space. The shaded north-facing courtyard is further animated with different rooms fronting onto it, along with the large overhang canopies providing a constant play of light and shade. When experienced from within the house, this space brings an enhanced sense of openness inside, while unfolding constantly changing views of the outdoors as well as the building, as one moves around and vertically between different levels of the house. An area of 8,000 sq ft on the ground floor and 6,000 sq ft on the first floor, an additional gym block of 1,250 sq ft, and an ancillary building of 1,000 sq ft make the house a sprawling one. 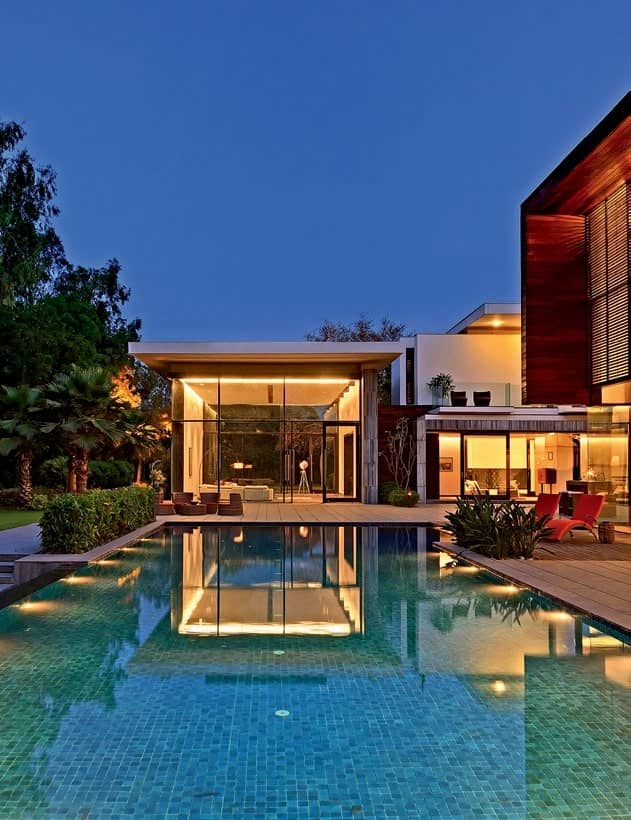 It was the client’s vision to create a house centered on the existing landscape, as it was imperative for him that all of the mature trees be preserved. Programmatically, the house was meant to have large areas for formal and informal entertainment. The brief required for two bedrooms on the lower floor and four bedrooms on the upper floor. Of these, one master suite was to be accommodated on both floors, and both rooms had to follow Vastu norms, i.e. be on the SW quadrant of the site. Other than that, a puja room, study, servant quarters, and other service areas were also part of the brief. One of the client’s needs was that of a large and lofty formal drawing room spilling out into a garden. This resulted in a three-side open, 20-feet tall, lantern-like space, framing views of the picturesque front lawn on the east and the eventful pool-side on the west. 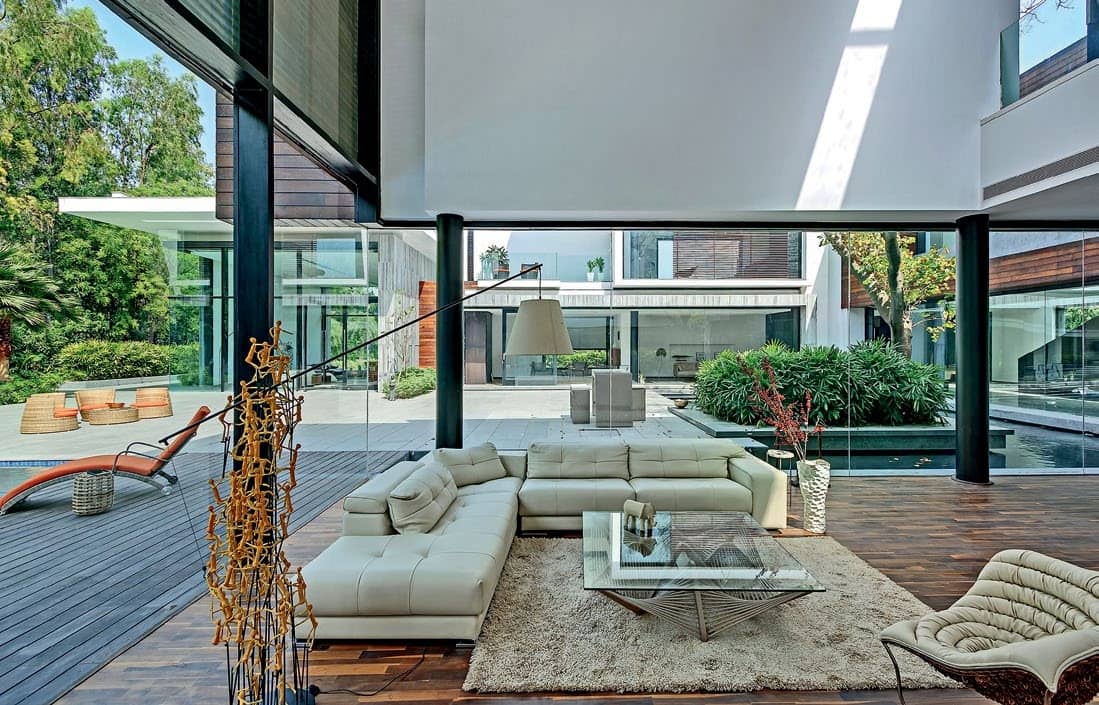