An extension of its natural environment 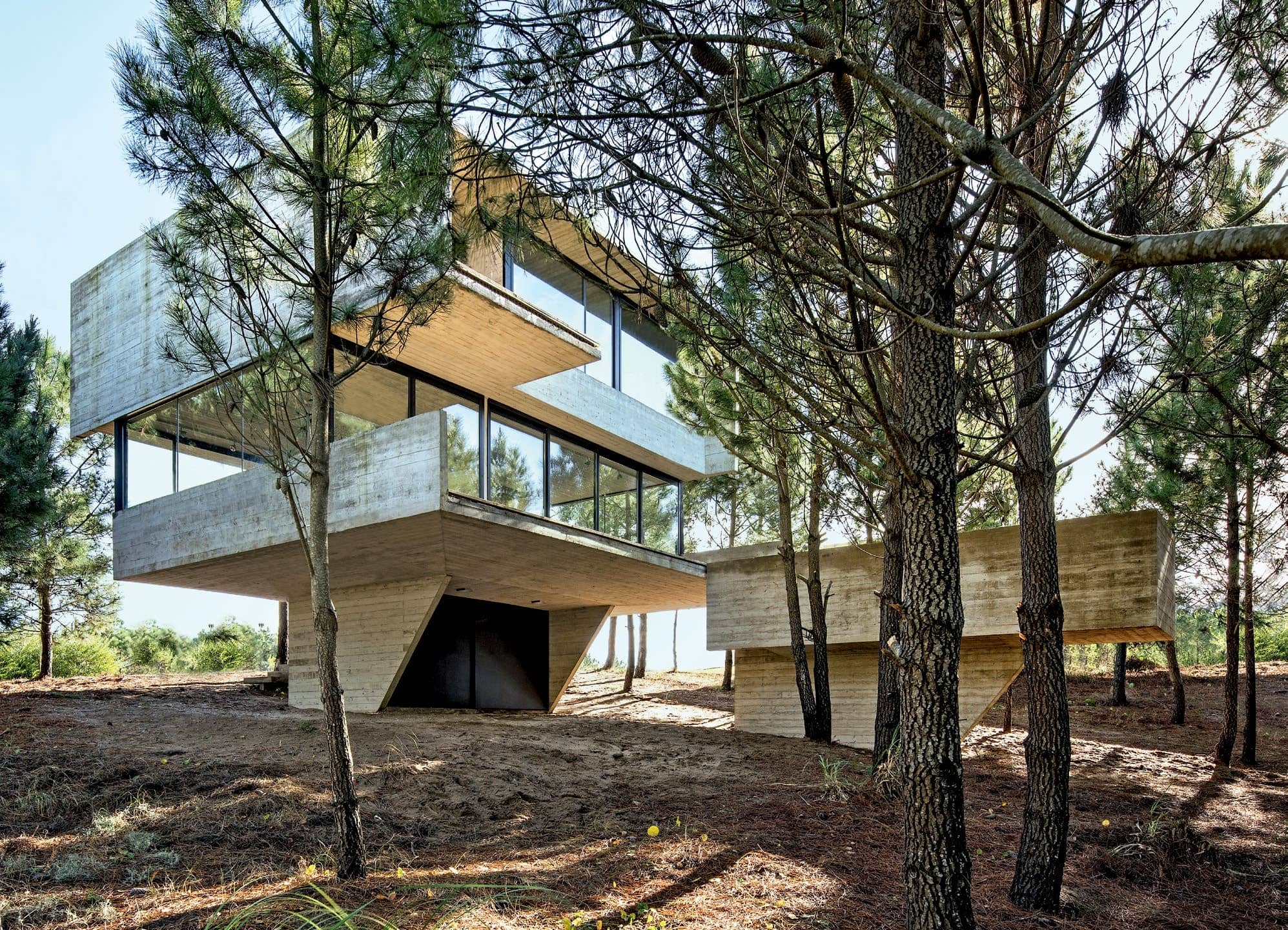 Around four hours away from capital city Buenos Aires and about 13 km north of the city of Pinamar in Argentina, lies the neighbourhood of Barrio Marítimo II in Costa Esmeralda. House In The Trees was designed to be built in this neighbourhood, which stands parallel to the sea and is separated from the coastline by a screen of leafy pines, thus producing a setback that complies with provincial regulations. 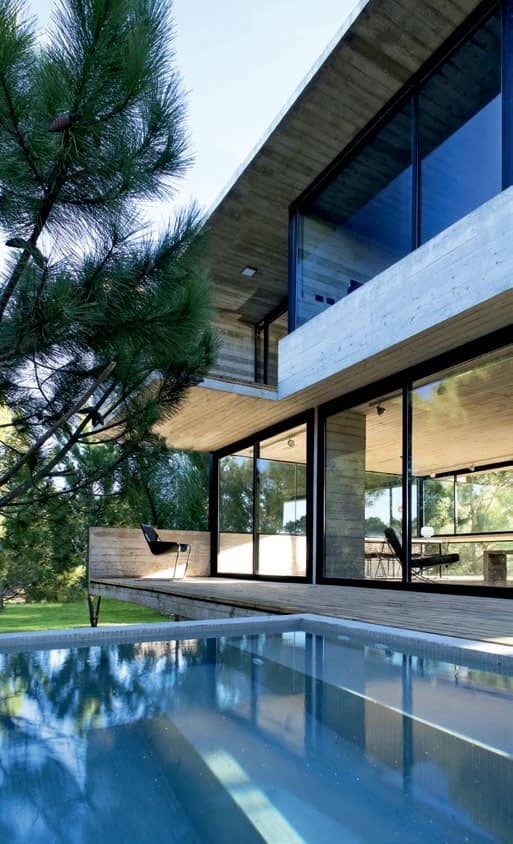 The lot’s highest level is at the front; it gradually slopes downward as it gets farther away from the street, just as sand dunes do as they interfuse with the sea. The clients commissioned a leisure home that could also be rented out eventually. The house had to accommodate a typical program: one master bedroom and two secondary bedrooms, a social uses area, and an outdoor swimming pool. They requested that the house, protected by the woods, had minimal impact on its environment. 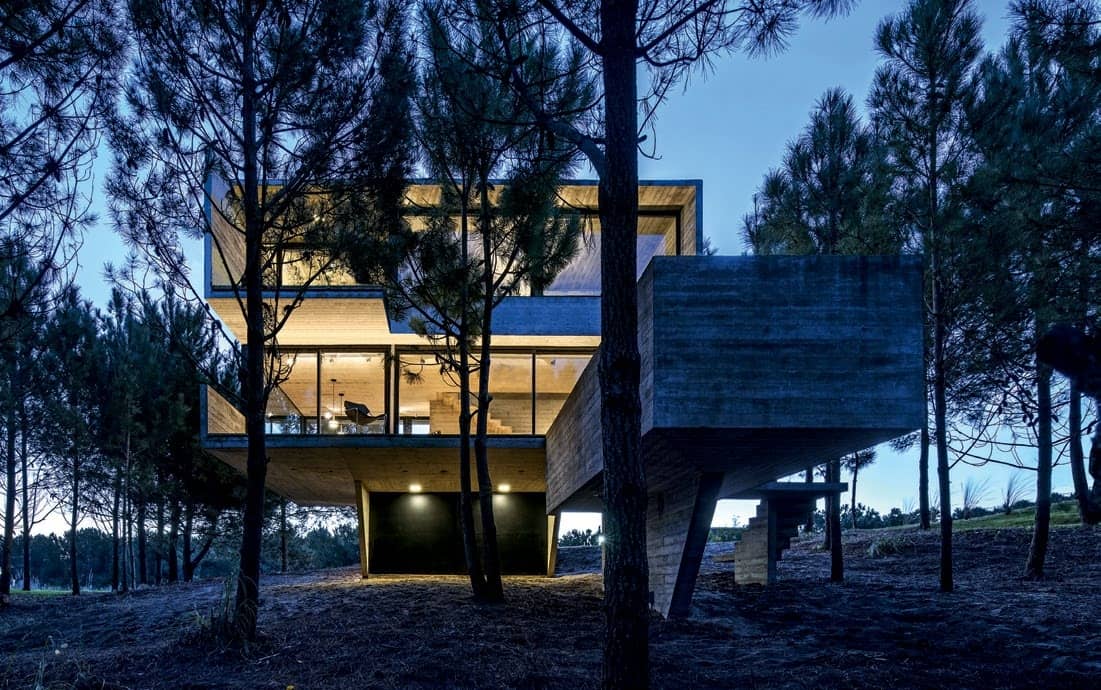 MORE STORIES FROM ARCHITECTURE + DESIGNView All