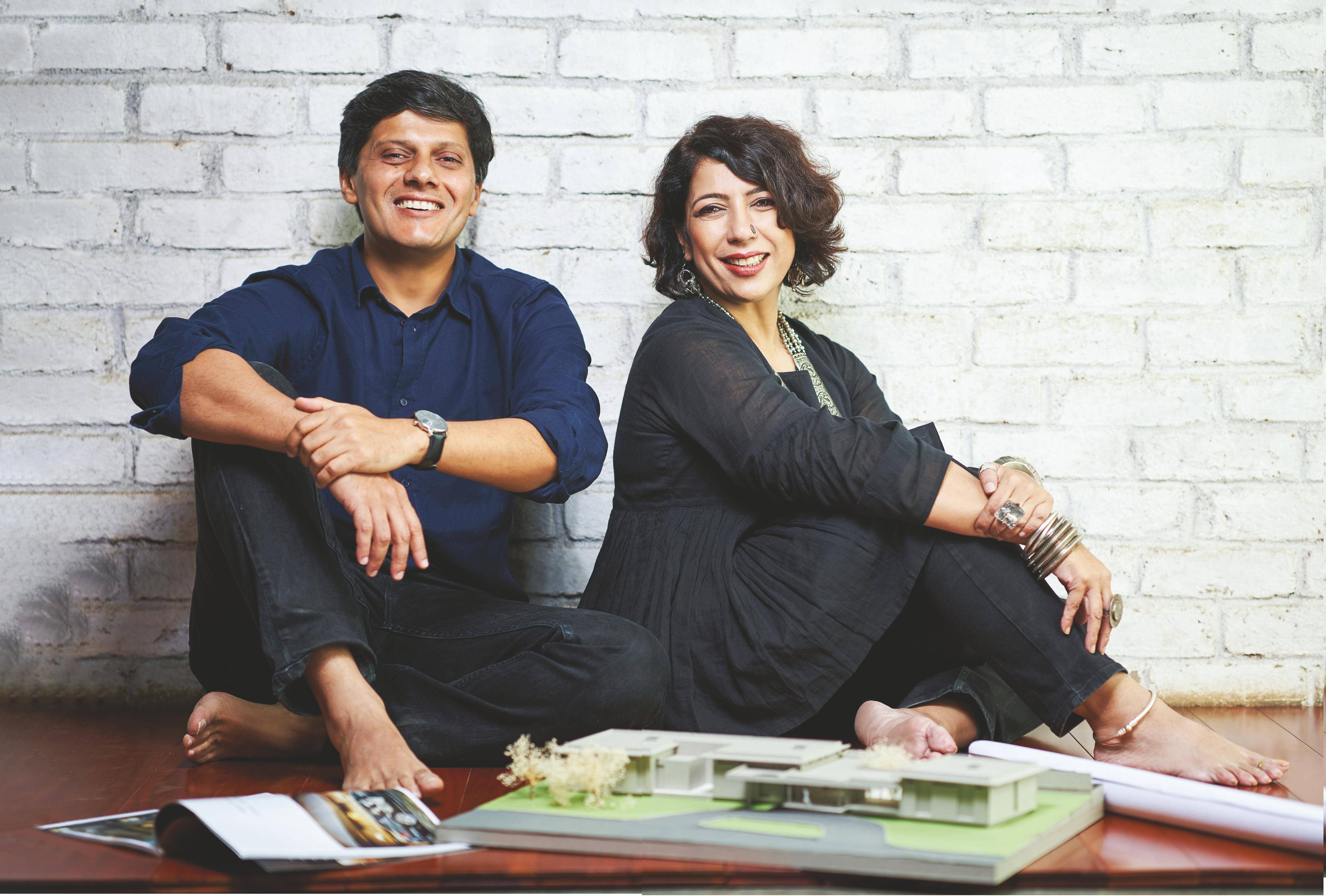 SONAL SANCHETI AND RAHUL GORE’S _ OPOLIS IS A PRACTICE THAT FUNDAMENTALLY RESPECTS EACH SITE'S CONTEXT, RESULTING IN THE CREATION OF TRULY TIMELESS EDIFICES THAT SHALL ENTHRAL GENERATIONS

Aptly christened _Opolis, where ‘o’ stands for respect in Japanese, while ‘polis’ comes from the English word for city, the multidisciplinary design practice founded by Sonal Sancheti and Rahul Gore back in January 2001, is as unique as its name. If anything, the work carried out by the firm completely justifies its moniker, given that each project it undertakes reflects an inherent respect for the city and the context that it is made for.

“Even with the smallest project, we try to think of how we can add to the city and address the context. The underlying idea is the open-ended nature of the practice – one that celebrates city life,” says Sancheti. In fact, the ability to not narrow their craft to a particular specialisation, concept or style, could well be _Opolis’ forte and the success mantra behind its long innings in the field of design.

Having said that, a recurring theme – call it their design philosophy, if you will – of responding to the essence of a site, of being true to its context, of keeping lines simple, of being environmentally sensitive, of blurring the boundaries between the inside and the outside; colours their approach to each project. It is this focused methodology, coupled with an inherent appetite for good design, which helps them create impactful and meaningful ‘places’. As Gore puts it: “What drives our practice is that anything from a 400 sq-ft boutique to a 4,00,000 sq-ft building is treated equally and with the same passion.”

It is no mean feat to approach each new project with the same enthusiasm and view it through the same untarnished lens, especially over a career spanning 19 years in the business; however, this pair seems to have mastered the art. While the husband-wife duo admits that it takes a lot for two architects to work together seamlessly; in their case, it helps that the two are united not just by a mutual love of design, but also their similar backgrounds – be it their education, travels or teachers.

In fact, their initial exposure to the world of design was almost identical. For Gore, it was a hands-on involvement in the building of his family’s weekend home at Lonavala – a hill retreat between Mumbai and Pune – when he was still a kid, which first drew him to architecture. Several years later, he realised that “the joy of creating something literally out of nothing and transforming it into something one can inhabit” was where his real liking lay. For a young Sonal, who was always fascinated by arts and crafts, 10th grade proved to be the turning point, when she observed her parents constructing their house. Before she knew it, she was harbouring dreams of becoming an architect, and soon started preparations for applying to CEPT.

It is there that she met her mentors: Pritzker Prize winner Prof. BV Doshi and Prof. Kurula Varkey, who taught her the valuable lesson that in order to be a good architect, one must first become a good human being. She also considers Prof. Masahiro Shimizu from Japan to be a strong influence in both her work as well as lifestyle, and religiously follows his philosophy of “keep it simple” in all walks of her life. On his part, Gore too has a fine list of role models, each having gifted him a unique lesson: be it Carlo Scarpa for the details, Fumihiko Maki for the aspiration regarding the type of work he does, Nari Gandhi for the genuineness that he brought to architecture, or Rahul Mehrotra for the way he conducts his practice.

Speaking of which, after having secured a solid foundation at CEPT, the young architects went on to gain a great deal of exposure by means of living and working in several cities of the world for extensive periods of time, something that ultimately moulded their experiences and has come to be the backbone of their professional practice. “Our work over the past 19 years has been an outpouring of energy that we have built up based on our past experiences,” shares Sancheti, adding that their time in Japan and the US shaped and influenced much of their practice.

“Working at Maki and Associates was a life changing experience. To witness first-hand the working of an office run by one of the leading architects of the world and a Pritzker Prize winner no less – the attention to every aspect of a project, right from the pre-design phase to design development to execution and finally setting up of documentation standards, was a game changer,” confesses Gore, adding that the camaraderie the pair shared with their colleagues at Maki and Associates and with the principal himself, led to them collaborating around 13 years later on the Bihar Museum in Patna – an international competition-winning project, and one that has earned _Opolis much acclaim. It remains their most significant creation to date. “Besides being a fairly large project that affects the growth and development of the city, its significance for the architectural profession in India will be felt over the years, especially since the procurement of public projects has been falling to lower standards over the past decade as the entire system breeds ‘mediocrity’ and does not recognise ‘excellence’,” believes Gore.

Besides formal education and training, Sancheti and Gore – like most inquisitive architects – have also benefitted from their love for travel, having even managed to squeeze in an extensive road trip during their brief stint in the USA. “It was a 10,000-mile, two-month long road trip in our Saturn car from the West Coast to the East (via the Southern states) and back through the Northern states – the best way to see America. We camped in 18 national parks (the real treasure trove of America with the Utah landscapes being the best), visiting the brilliant architecture of Wright, Mies and Kahn along the way,” Gore fondly recalls. The trip appeared to have been inspiration enough, because the two returned to India and set up their firm within 15 days of landing.

And there has been no looking back since. From the get-go, the practice has followed what it truly believes in – simple, meaningful and timeless design. Their very first project – House on the Ridge – a weekend home, respected these tenets, a tradition followed with all their projects since. Owing to its simplicity and direct connection to the natural landscape, their maiden project remains a favourite and a truly memorable experience for the duo. 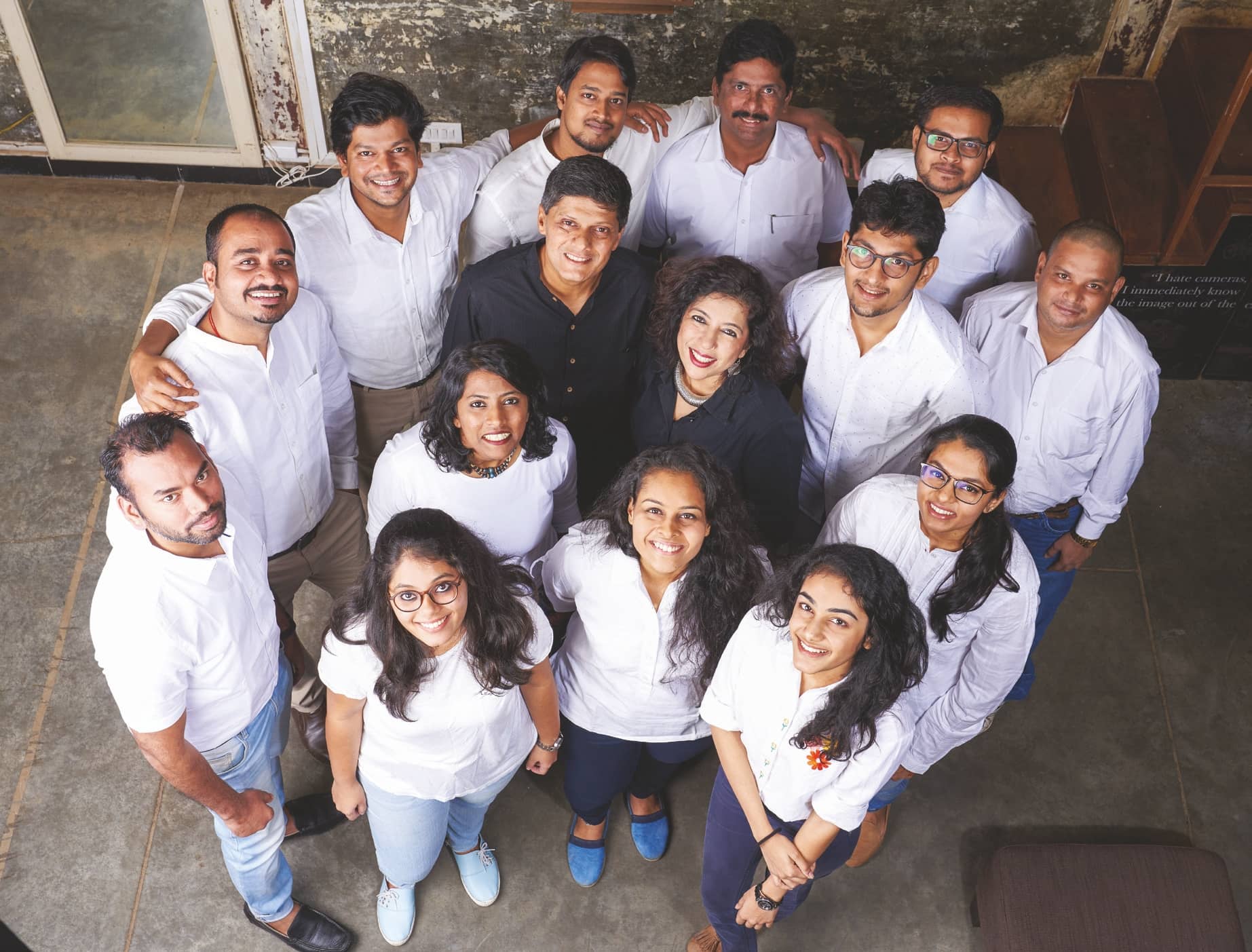 Since then, the team at _Opolis has executed a wide range of architectural, interior and urban projects, from its offices in Mumbai and Pune. Yet, while the firm boasts numerous well-executed projects, they deliberately choose to only take on a few projects at a time so as to ensure complete focus and involvement. They reason that each client is important and special to the firm, and deserves attention and time. It is this strong, ethical culture that drives all designs at their studio. “Good architecture is timeless. Therefore, we believe that each design should be timeless, and while it should fulfil a client’s brief, it must also go beyond it. A design should stand the test of time, style and trends,” Sancheti elaborates.

Of course, _Opolis employs a youthful and enthusiastic crew that makes this possible. Both Sancheti and Gore are extremely proud of the team they have built, and credit their team work for the firm’s achievements. In addition, the founding partners have created a studio-like atmosphere, mentoring young talent and striving to make the office a second home for all those who work there, to evoke a sense of ownership and belonging, and create a happy, satisfying environment, one which enables growth and evolution. Besides this, Sancheti also teaches students at KRVIA (Kamla Raheja Vidyanidhi Institute for Architecture and Environmental Studies) in Mumbai.

A MATTER OF CONTEXT

Even as they inspire tomorrow’s design leaders, Sancheti and Gore themselves take inspiration from materials that are as rooted as their practice is. Through this, they seek a new type of architecture that integrates with its natural surroundings. Context is important to them and this is visible even in their choice of materials. Whether it is black basalt, kadappa, kota, or bhura, a locally-sourced and natural material palette often finds its way into their projects. “We believe that one need not have an array of imported materials to create architecture. One can achieve a lot with indigenous materials, and we strive hard to achieve the best with that,” states Sancheti. 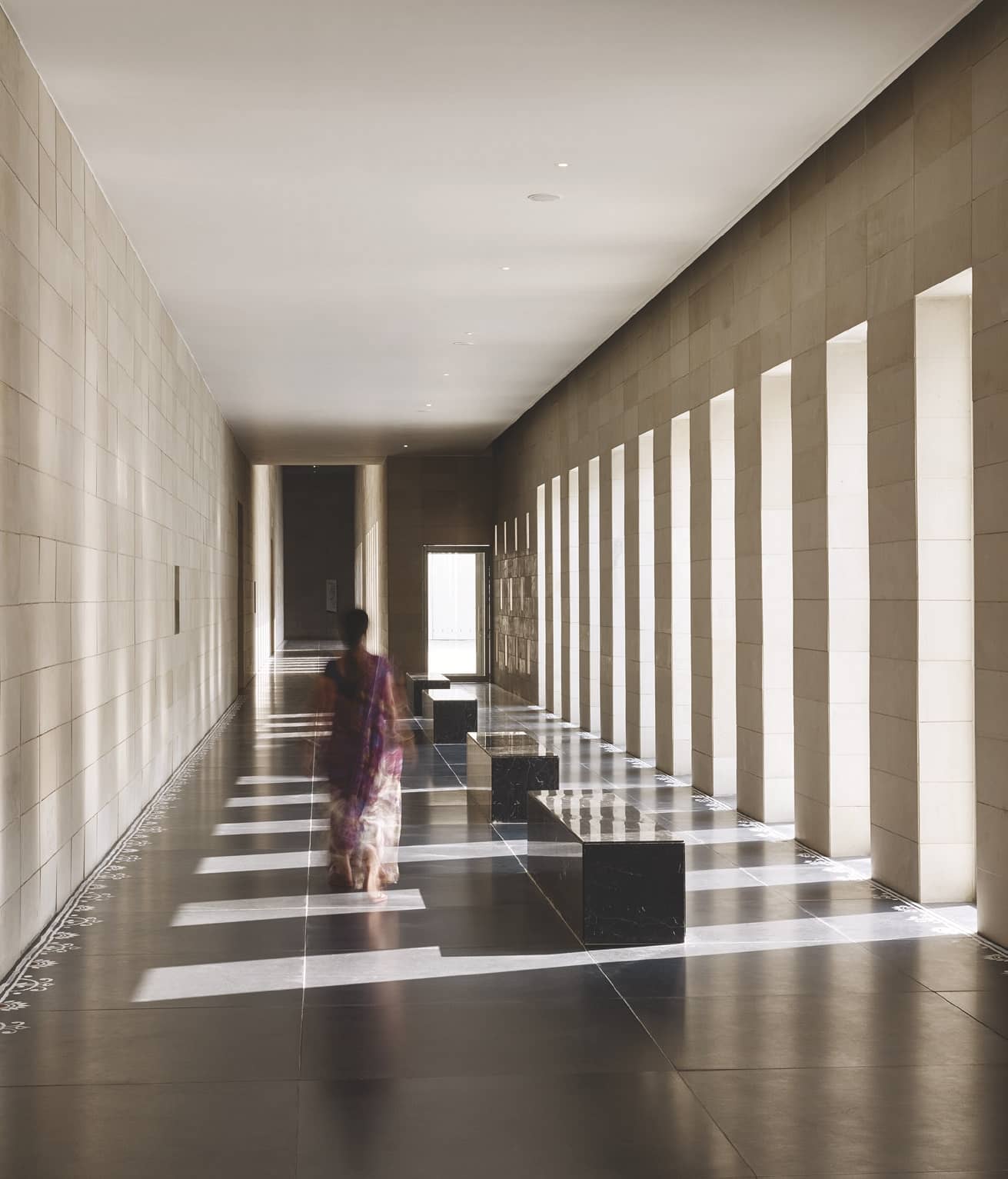 Interestingly, the pair are trying to go back to the old ways and exploring bamboo as a structural material. At the same time, they also acknowledge that the market is flooded with new materials on a daily basis, and it’s an important task to keep up, especially given that the internet and resulting availability of information has ensured that clients today are more ‘informed’. However, unlike a lot of architects, the partners do not bemoan this fact, instead stating that they have been fortunate to have very intelligent, committed clients, who understand the value of the architecture, meaning that the usual process of having to educate the client seldom happens.