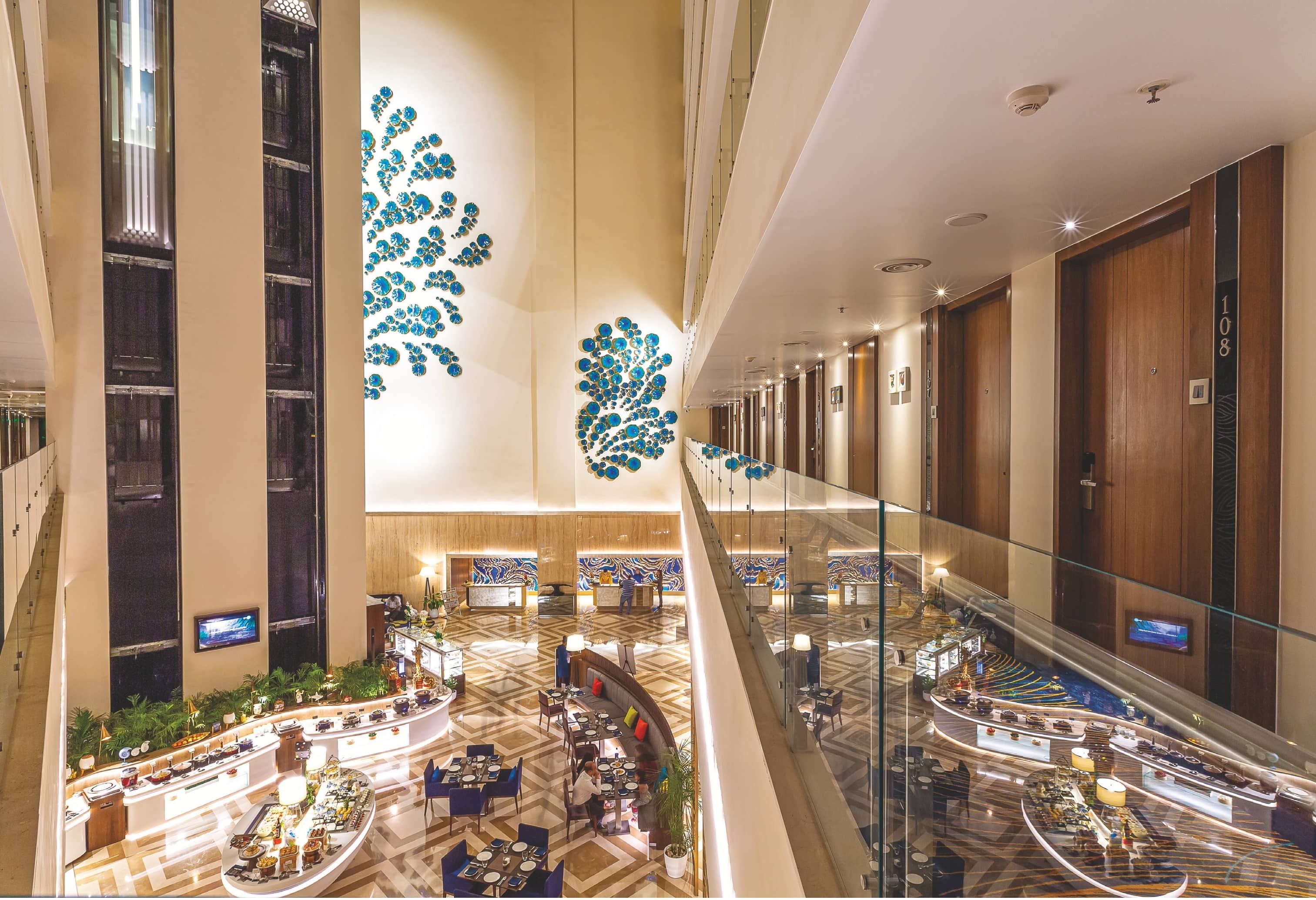 DESIGNERS GROUP CREATES A CONTEMPORARY HOTEL IN INDORE, DRAWING INSPIRATION FROM THE PEACOCK

With luxury hotels mushrooming in tier-II cities across India, there is often a repetition of design elements, included to connote a sense of grandeur. It is, therefore, refreshing to find a property that uses a more locally relevant muse as its design motivation. At their latest project, Designers Group has done just that. 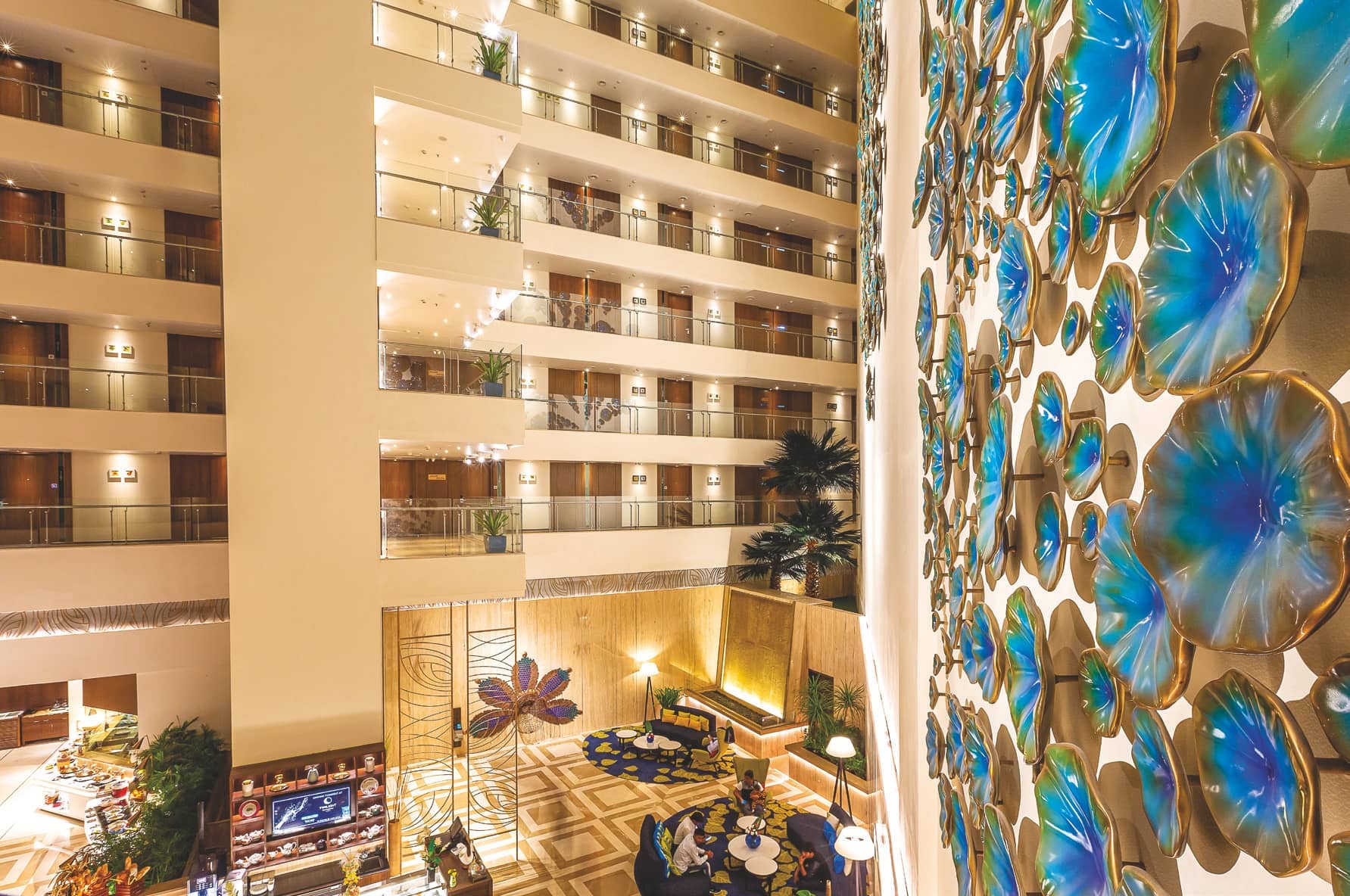 When it came to designing for this hotel in Indore, which already existed in a bare shell form, the firm chose to bring in elements inspired by the national bird of India – the peacock. A concept that sets the 5-star property apart from its peers, it was devised through elaborate research that led to the discovery of the fact that the population of peacocks in the region, which was once in abundance, has dwindled due to the increasing real estate development in the area. Thus, the design that followed was an attempt to revive the memory and legacy of the peacock population in the area. 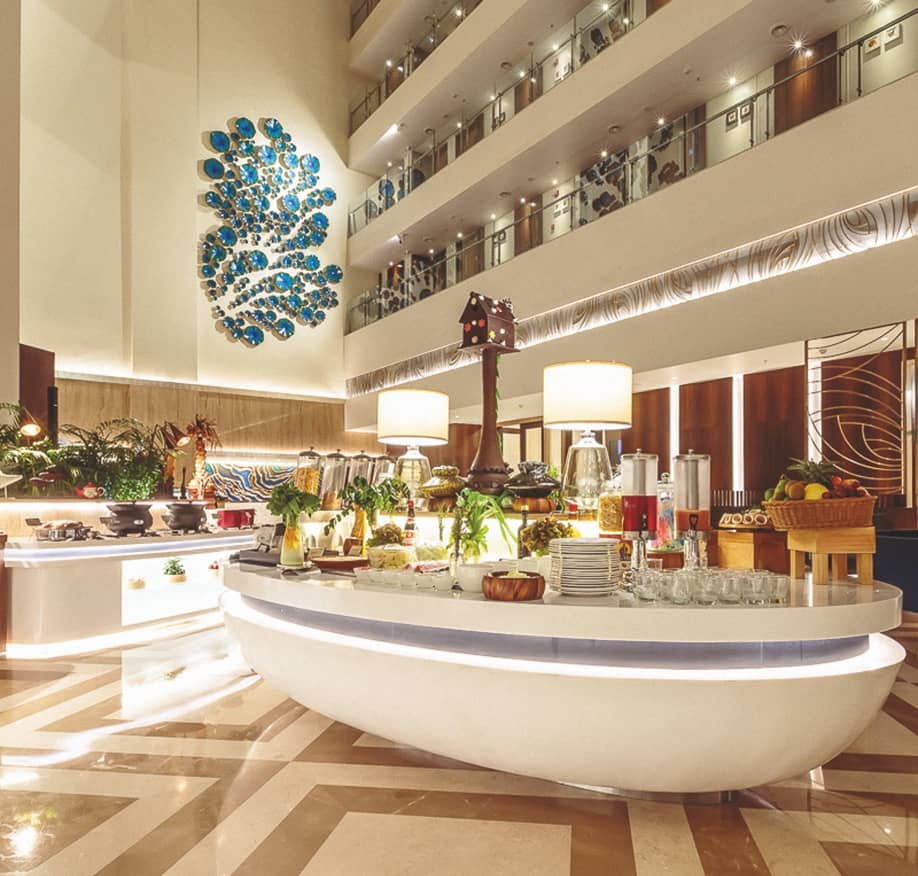 “The client brief was very straight-forward in this case. As the property already had a group of buildings primarily built as a mixed-use structure with an integrated budget hotel, the client wanted a change in the interior architecture and removal of the commercial aspect that would convert the whole establishment into a premium luxury hotel,” says Khozema Chitalwala, principal architect, Designers Group.