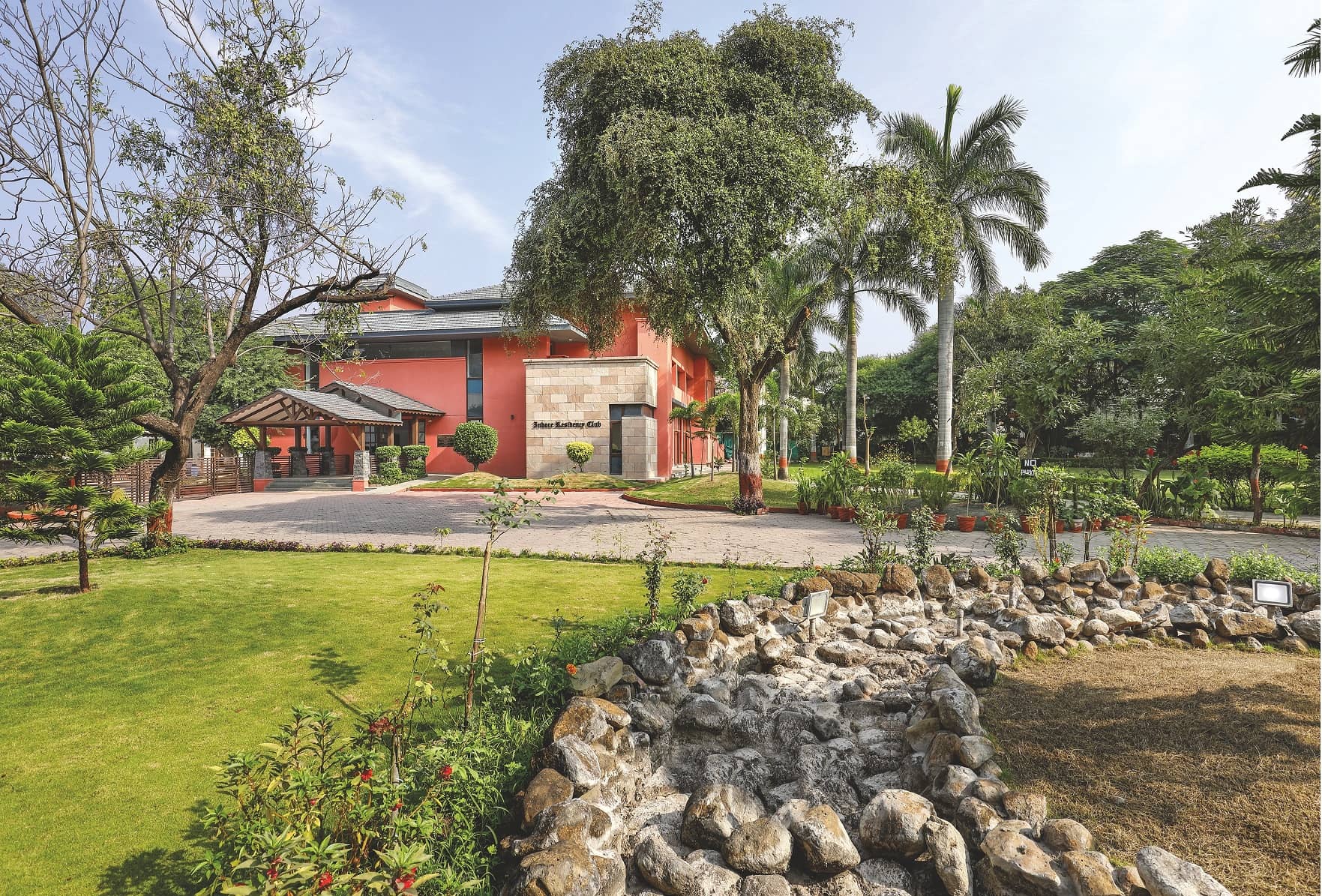 Amidst the ample greenery of Indore, stands a pleasing brick-and-stone edifice designed by Manish Kumat Design Cell (MKDC). The structure in question forms an extension to the old block of the Indore Residency Club (IRC), formerly called the Indore Boat Club. Established in 1896, the club boasts a long and intriguing history, having played home to both British Royalty and well-heeled Indians, who used the club as a place of leisure and recreation at the time. The new building was planned keeping functionality in mind in order to meet modern needs, but the design evolved in accordance with the present circumstance.

With a site area of more than two acres in the heart of the city, the club is a perfect blend of heritage and modernism, and also one of the very few clubs to have maintained a perfect equilibrium between brick and nature. In addition, the new building was to be situated in an area that already housed other buildings from a bygone era – something that adds to the charm of the place. As a natural result of this context, an approach of minimal invasion was followed to respect the existing site. For starters, the site included 10-12 mature trees, which were relocated within the residency club campus itself with the help of expert guidance.